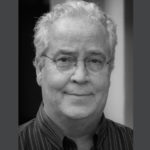 After his creative leadership roles at Disney’s Hollywood Studios and its iconic Tower of Terror attraction in Florida, Weis went on to handle conceptual design for Tokyo DisneySea, the theme park giant’s second gate in Japan.

Just last year he handed over perhaps the most significant project in his career and arguably one of the most important ever for Walt Disney Parks & Resorts: Shanghai Disney Resort.

On the surface, the accompanying Shanghai Disneyland may appear similar to other Disneyland parks around the world. Yet it is also the most state-of-the-art, featuring highly acclaimed and so far unique experiences including Pirates of the Caribbean Battle for the Sunken Treasure and TRON Lightcycle Power Run.

But there’s life beyond the Mouse. Weis has also been a creative force on three non-Disney projects honoured with Thea Awards: the BattleStations21 Training Simulation project for the United States Navy, and the travelling exhibitions Adventures In Movie Making and CSI: The Experience.