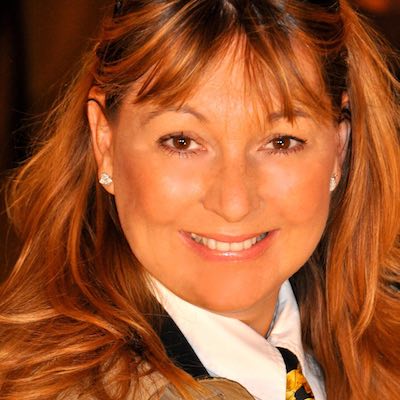 In November, Amanda Thompson was due to be inducted as the first ever female chair of the board at IAAPA, the International Association of Amusement Parks & Attractions.

Whilst she has follows in the footstep of her late father, Geoffrey Thompson OBE, in her leadership of the global attractions association, Amanda has made a most distinctive mark on the family business back in England. Blackpool Pleasure Beach is one of the country’s best loved amusement parks.

Over the past decade, it has introduced new family-friendly offerings including Nickelodeon Land and Wallace & Gromit’s Thrill-O-Matic. Last season the Pleasure Beach added the UK’s first double launch coaster, ICON. This summer it unveiled a second, luxury hotel. BLVD has Amanda Thompson’s signature and sense of style all over it. She also continues to be heavily involved with the production of its annual Hot Ice show, renowned for its fabulous costumes and choreography.

Under Thompson’s direction, the Pleasure Beach has evolved with an aesthetic that celebrates its past with a contemporary twist. After more than 120 years in business, it remains as one of the few large parks in the UK that is still family owned and operated. And that is something for which the IAAPA chair for 2020 is immensely proud.