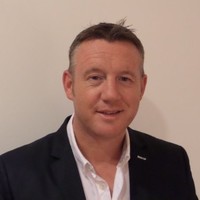 The chief executive of the UK media-based attractions specialist Simworx has presided over an expansion in recent years that is as dynamic as some of its rides.

The integration of Robocoaster has lead to an increase in product development and opened up the company to new markets.  In addition to 4D theatres and motion simulators, Simworx now offers products such as its Immersive Super Flume, Mini Flying Theatre and AGV trackless dark ride.

In 2018, Simworx’s turnover leapt from £10 million to over £16 million. Further double digit growth is expected for 2019. Ninety-five per cent of sales are now overseas. In June, Monkton’s efforts were recognised when he was presented with a regional Entrepreneur of the Year award.