Boasting a thousand-mile-long Mediterranean coastline with over a thousand islands, Croatia is ranked the 18th most popular tourist destination in the world.

Planned investment into tourism and visitor attractions is expected to reach £500 million in 2017-18. Croatia is land of great opportunity for those in the attractions business. The potential for growth in the sector is huge and Croatia’s first first theme park, Park Mirnovec, will open this summer.

The reality of Brexit is starting to bite. Aware of the need for Britain to forge its own way in the world, the UK Department for International Trade, through their network of UK Trade advisers located at British Embassies worldwide, is actively promoting UK skills and services around the world. Their main focus is on promoting those sectors where UK suppliers have world-renowned expertise.

The team at the British Embassy Zagreb recently invited British companies operating in the Experience Economy to participate in an event set up to discuss and showcase UK and Croatian best practice and success stories in the sector, ‘Experience Economy – Driver of Growth and Development’.

In Croatia, planned investments into tourism and visitor attractions are projected to total more than £500 million in 2017-18. This sector makes up more than 20% of Croatia’s GDP. Its key attraction for tourists has always been its beautiful, thousand-mile-long Mediterranean coastline with 1,185 islands, ideal for maritime tourism. UNESCO World Heritage sites and historic cities line the coast. These internationally-known destinations, however, are only a small part of the story.

What Works, and What Does Not

Only 15 per cent of the coastline has been developed and inland hardly at all. Croatia has room to further develop tourist infrastructure. However, it must be aware of the need to maintain and sustain what it is that brings tourists to the country in the first place. Planning and managing that development in a way that is both profitable and sustainable will require access to the best advice. The country must work with companies who can draw on international experience and awareness of what works, and indeed, what does not.

Over 14 million tourists visited Croatia in 2015. In terms of residents, 4.5 million live in the country (with 3.8 million in neighbouring Bosnia and 2.1 million in Slovenia). The goal of the Croatian Tourism Development Strategy is to make Croatia a globally recognized, all-year-round tourist destination. It aims to be competitive and attractive to investors.

Whisked Away in Zagreb

Eight UK-based companies and consultants flew into Zagreb on the 1st March. This was just in time to attend the British Ambassador’s St. David’s Day reception. The regional Jaguar Land Rover franchise for the Balkans is operated out of Zagreb. Their team were on hand to pick us up from the historic Hotel Esplanade in a fleet of Range Rovers and Jaguar F-Paces. They then whisked us over to Ambassador Dalgleish’s Modernist Villa to meet the team organising the event and to enable us to network with some of the Croatian speakers who were also scheduled to participate in the following day’s event. The Ambassador demonstrated a keen understanding and appreciation of the potential of the sector for British companies during the evening.

The following morning saw him give the opening address to a packed audience of over 430, in the main conference room of the hotel. He then handed over to the Croatian Minister of Tourism, who was followed in turn by the Minister of Culture. They both emphasised the importance of UK – Croatian bilateral relations, trade and cooperation.

Marie Thynne, an academic and research consultant at the University of Lancaster presented highlights of her soon-to-be published research on the experience economy, ‘Hidden in plain sight’. I then took delegates through a range of UK and European best practice examples. These included the recent ‘Gardens by the Sea’ master plan for the redevelopment of the sea front in Bognor Regis and the Silverstone Heritage Centre at Silverstone F1 track. I also highlighted the re-financing and development strategy of the exclusive Osea Island, located in the Thames estuary.

Following on from this, Alexander McCuaig (above), of MET Studio, gave a great insight into design principles. He also spoke about meeting client’s needs in the Experience Economy sector. He referred to their work planning, designing and delivering projects in across the world. Examples included the Macan Museum of modern art in Indonesia, the Manchester United Experience and the Hong Kong Wetland Park.

The first of two panel discussions took place after this. Sandra Čorak, director of the Institute of Tourism in Croatia, chaired the first panel. I was on the panel along with the Head of Marketing from the Zagreb Tourist Board, the Strategy Director of Rijeka 2020 – European Capital of Culture, and the Dean of the Edward Bernays College of Communication Management. A lively discussion in English and Croatian took place on the subject of ‘Creating the Experience Economy in Authentic Locations’.

Then, after a much needed coffee break, a second panel discussion begun. The focus this time was on the role of the private sector in developing Experience Economy projects. Ray Hole, Principal at Ray Hole Architects, delivered a thought-provoking contribution. So too did Alexander McCuaig and the former manager of chart-topping reggae band UB40, Nick Colgan. Colgen is now based in Croatia. He runs a multi-faceted company with interests ranging from annual events and festivals, hotel and restaurants through to a craft brewery.

Following the conference sessions was a B2B Matchmaking event. This was in co-operation with the Croatian Chamber of Commerce and the British Business Centre Croatia.

It offered a great opportunity for British companies to meet potential clients. These included maze design specialists, Adrian Fisher Design, attraction designers, Paragon Creative, golf course designers Creative Golf Design and museum systems specialists, Museotechniki. We were all left with with wallets full of business cards and a pile of follow up work on our return to the UK!

There was intense interest from the media in Croatia. All major media outlets were represented at the opening. Many of us were asked to give interviews to them talking about the sector.

Experience Economy on the Map in Croatia

Overall, the event certainly surpassed the expectations of all involved. The numbers of delegates, their engagement and the intensity of interest in the event have all been a pleasant surprise. The Embassy team say that the event has definitely put the Experience Economy on the map in Croatia. Feedback from those in Croatia who took part was very positive. It highlighted both how useful it was for them and how impressed they are with what UK has to offer. 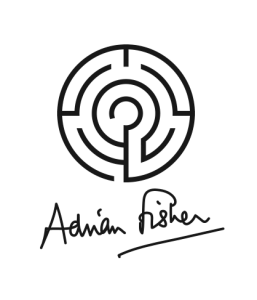