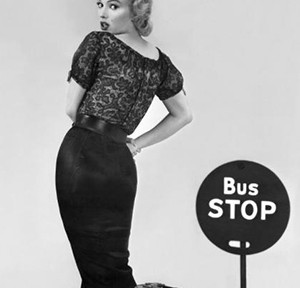 In a recent case from the Court of Appeals of Georgia, Six Flags Over Georgia II L.P. v. Martin, No. A15A0828, 2015 WL 7356309 (Ga. Ct. App. Nov. 20, 2015), the Court was faced with a question of whether a business was liable for the serious injuries inflicted to a business invitee at a nearby bus stop that the patron used to access the park.

The bus stop was not located on, adjacent to, or touching the business premises but was located across the street, at an intersection of two public streets. While the court said that the bus stop does not meet the Supreme Court of Georgia’s general definition of an approach to a business, it went on to say that under certain circumstances a non-contiguous property can be deemed an approach because the landowner extended the approach to his premises by some positive action on his part, such as constructing a sidewalk, ramp, or other direct approach.” Six Flags Over Georgia II L.P. v. Martin, No. A15A0828, 2015 WL 7356309, at *3 (Ga. Ct. App. Nov. 20, 2015) (citing the case of Motel Props., Inc., 263 Ga. at 486(3), 436 S.E.2d 196.) And, this exception is based on the fact that “the owner or occupier of land, for his own particular benefit, (court’s emphasis) has affirmatively exerted control over a public way or another’s property.”

The court looked at several different things in this case to determine if the park exerted control over the bus stop. First, Six Flags via its web site invited its customers to use the buses that arrived at the stop. The park constructed barricades and erected signs directing customers to the bus stop. Six Flags security staff and off-duty police employed by the park aided in the directing traffic and pedestrians through the public ways leading to the park. Finally, a park representative in a deposition confirmed that the bus stop was solely for the benefit of Six Flags. The court stated that the patrol of both Cobb County and MARTA police of the bus stop in no way precludes a jury from finding that the park exercised control over the property for its own benefit.

The court acknowledged a previous Georgia decision that “a landowner has a duty to invitees to exercise ordinary care to keep its premises safe …, the landowner is not an insurer of an invitee’s safety.” (citing to Agnes Scott College v. Clark, 273 Ga.App. 619, 621(1), 616 S.E.2d 468 (2005). Generally, an intervening criminal act by a third party “insulates a landowner from liability unless such criminal act was reasonably foreseeable, ” (citing again to the Agnes case). In this case, there was overwhelming evidence that Six Flags was well aware of the dangerous conditions in and around its theme park, so the attack was reasonably foreseeable.

So, as an owner or operator of an amusement facility, family entertainment centre or entertainment attraction, it may be prudent of you to seriously review your relationship with, use of and publicity concerning a nearby bus, tram, rail or train stop, even if it’s located across the street. The stop, in certain situations, could be deemed an approach to your business for premises liability purposes and you may be responsible for injuries that occur at the stop.

5 Key Ideas for your Next Big Attraction Investment

The Evolution of Waterslides in Asia