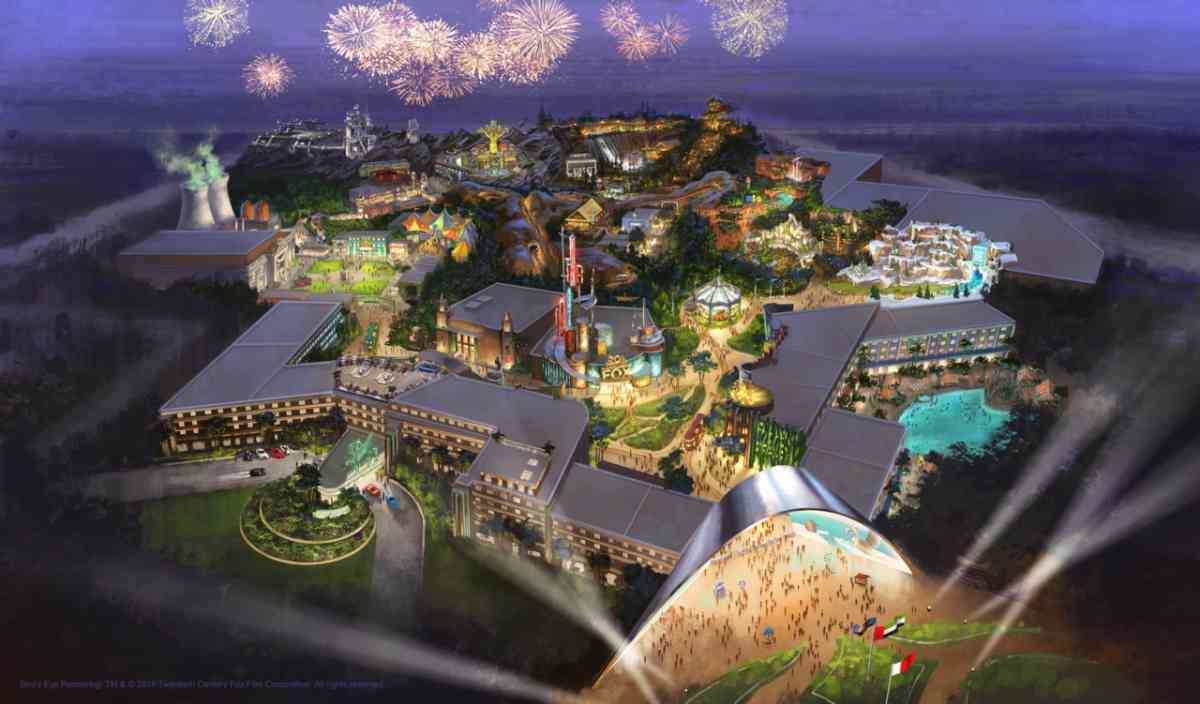 Scheduled to open in 2018, the development will feature Fox’s iconic film and television franchises.

Dubai is poised to be a major global tourist destination. Dubai’s Tourism Vision 2020 has a goal to attract 20 million tourists 2020. The region occupies a ‘prime location’ with 3 billion people living within a 4 hour flight of Dubai.

The 2014 UN Tourism Highlights Report anticipates that the Middle East will be the fastest growing region for inbound tourism in the world, with visitor numbers expected to reach 149 million in 2030 compared to 52 million in 2013. With the World Expo heading to Dubai in 2020, there will be a push for further investment in tourism and the infrastructure to support it. $10bn is earmarked for improvements in transportation infrastructure before 2020.

So what opportunities and challenges does the Dubai Park and Resort bring for Fox?

“Our Malaysia park (below) provides a gateway to China. Dubai provides us access to a completely different market segment. It’s a gateway to Russia, the UK and greater Europe … It’s a terrific opportunity.

“And we want to maximise the opportunity with those markets. In the Malaysia park, you’re going to see elements that speak to the Chinese, Malaysian, Singapore visitors … and the same will go for Dubai.”

Fox World Dubai will also be unique as the first themed resort.  The hotel will have at least 300 rooms and together, the resort and theme park will span 75 acres.

Lombardo says the demographic in Dubai differs slightly from Malaysia and the resort and theme park will encompass certain elements to accommodate that: “I think you’re going to see a balancing act between the family and also the high end market because the territory supports that.”

20th Century Fox World, Dubai theme park will include lands and attractions – from thrill rides to media based rides – based on Fox favourites like Ice Age, Rio, Planet of the Apes, Aliens, Predator, Night at the Museum and Titanic, The Simpsons and Sons of Anarchy.  In addition the themed retail and dining street and branded resort will also draw on Fox brands.

When thinking about which IPs to include Lombardo stresses that there was a wealth of brands to choose from.

“When we first got into this we started to look at the library and realised that there are so many great theme park friendly IPs that we really can tailor to the individual markets, ” says Lombardo.

He describes the theme park environment as one that can “bring these stories to life and is evergreen – so I think we’ve got some great little surprises that we’re leveraging in Dubai and Malaysia.”

Adapting the IPs to the theme park location is the key to success.

“Simpsons is unique to Dubai right now, ” says Lombardo.  “We really want to make each park unique from a variety of standpoints – we want each park to share a common DNA so the entry sequence of each park will be familiar but, even in that case, I think you’re going to see differences between Malaysia and Dubai based on what appeals to people in the region.

“Obviously, some of our distinctive blue chip IPs will be present in all parks, but the way we treat the IP may be slightly different.

“In some cases, you may see a similar attraction, but you’ll also see different surrounding attractions and there’s also localisation of the attractions that we’re really keen on doing.

“Night at the Museum is a particularly easy IP to adapt with regional elements. With the museum artefacts that come alive and the storyline itself, we can manipulate and mould it for the region. We’re very excited about that potential.”

Designing in the magic

Rethink Leisure & Entertainment have provided Design and Production services for Fox World Dubai.  Lombardo describes the entrance to the theme park in Dubai as a “magical walk into the world of film and television.”

“Dubai obviously is very architectural-centric, so we deconstructed our sequence a bit on the entry which, I think you can see from the birds-eye. It’s going to be truly remarkable.”

Lombardo cites the concept of ‘Lands’ as being vital to providing a cohesive guest experience:

“The focus for us is very much not to do a movie park or studio park, ” he says. “Our approach is to try to embrace the IP but bring it to life through lands and multiple attractions within that space.”

Theming between attractions will bind the whole experience together.

“Ice Age , for example is very easy to envision as a richly themed land supported by multiple attractions.”

And. what kind of attractions can visitors expect?

“A wide range, ” says Lombardo.  “I think it’s very interesting to look at where this industry has gone very quickly.  I feel bad saying this representing a film studio, but the themed entertainment industry has become very reliant on media-based attractions.  I think there are very good reasons for that and I think there are a lot of benefits to media and certainly media will be part of our mix. But I think it’s fair to say that we’re not going to rely entirely on media to tell our stories.”

Lombardo is adamant that there are many other ways to bring the IP to life: “We’re very much focused on weaving a narrative through everything and that connective tissue will be very apparent to guests, but there’s a lot of ways to tell the story.  The visual narrative for us and the way it’s expressed in the environments – that’s going to be as important as the media in rides.”

Fox World Dubai is slated to open late in 2018.

“Malaysia announced originally a very aggressive opening date which I think is sort of common to do, realistically it’s 2017. There’s a lot of earthwork going on and it’s an active construction site.”

The international licensing partnership between Fox and Al Ahli Holdings (AAHG) allows for three more developments. Are there more Fox parks in the pipeline?

“Our focus right now is on Dubai, ” says Lombardo. “But certainly we think there is opportunity beyond that.”

With other Studios announcing partnerships to develop parks in China, is that region an option for Fox?

“China is a market that cannot be ignored and we’re looking at it keenly, ” he says.  “We’re taking a really thoughtful approach to development in that region, but it’s safe to say that we’re not done by any stretch.”

Other location based entertainment news

“We’re going to continue with our destination brands, ” he confirms.  “We’re excited to see the resort element come to life. We see immense opportunity with that.

“Our live group has just announced Alvin Live which opened in October and has embarked on a successful US tour. That tour completes in the US in December and then we’re looking internationally. That’s a great brand for us with the new movie coming out.”

Twentieth Century Fox are partnering Global Experience Specialists to create a state-of-the-art exhibition based on the 2009 Avatar movie which will be touring across the globe next year ahead of the three planned movie sequels.

“We’re really excited about the Avatar exhibition, an enormous brand for our studio with new movies on the way.  That exhibition is a great example of how LBE supports a larger initiative.  The exhibition will go to science centres, museums and other exhibition venues. It has a clear education focus and Avatar is an amazing brand for that type of treatment.

“You know sometimes in entertainment you try to fit a square peg in a round hole but this is one of those IPs which just nestles into culture, the environment, the indigenous cultures, flora, fauna, bioluminescence – all these really terrific elements that are native to our planet. By bringing people closer to the wonders and science of Pandora, the exhibition will also awaken their love of the beauty and wonder of our own planet.

Ice Age Live, on its way to Australia right now, is another touring success story.

“Ice Age is definitely one of our blue chip franchises and its one of the most obvious choices for us in this space.  Blue Sky as an animation brand is something that we’re keenly interested in elevating as well, and our parks provide a great touch point for that objective.”

The attractions industry market generally is undoubtedly picking up, as highlighted by Bob Rogers (BRC Imagination Arts) at the Legends Panel at the record breaking IAAPA Expo 2015.  Rogers’ comments at the IAAPA Expo sparked a lively discussion about competition between Studios in the marketplace. Lombardo is convinced that such weighty competition is a positive.

“It’s a good thing. I’m trying to hire people and I can tell you that competition is a good thing because things seem to be humming along.”

Studios in particular are seizing the perceived opportunities on offer in Dubai with a number of big-name theme parks and resorts under development.

“Look at Motiongate, Dubai being built which is a great addition to that region. Also, Warner Brothers in Abu Dhabi and IMG.  We look at the Fox World Park as a great complement to those other assets.”

Lombardo says it’s clear that lessons have been learned and a more measured approach to development is generally being taken in the region.  Fox is happy to be involved with Dubai’s ambitious vision.

“They’ve got big aspirations – the Expo in Dubai, the World Cup in Qatar.  You’ve got a lot of critical mass forming around that region and they’re approaching it in a thoughtful way.  They’re going to double their hotel room count by 2020 and they’re going to need to keep them filled.

“We’re part of a really wonderful resurgence in that region.” 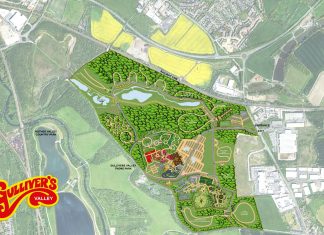 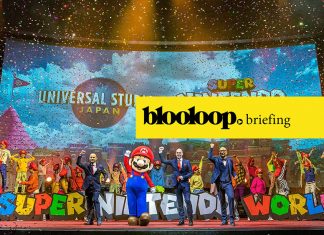