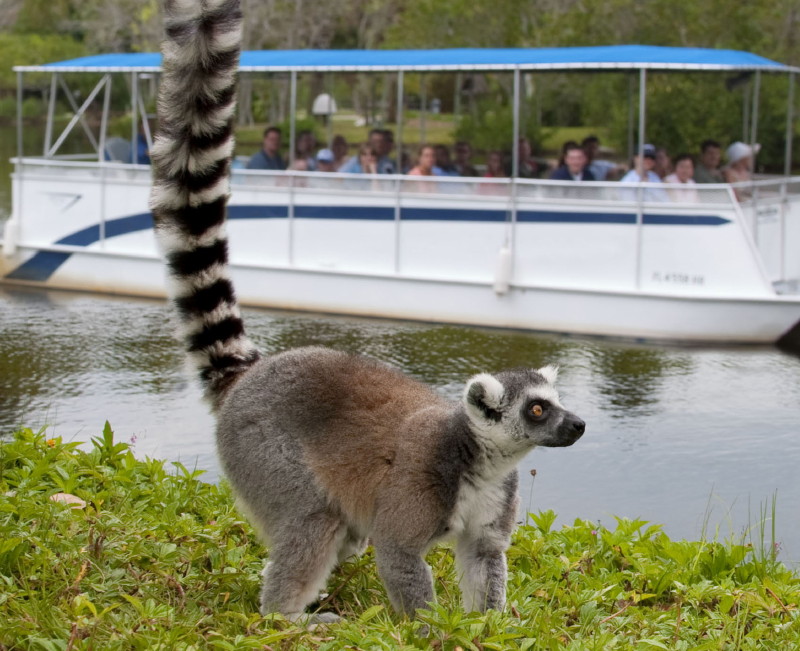 In May, Jack Mulvena became the new president and CEO of Naples Zoo at Caribbean Gardens, in Florida.  He joined the zoo from Roger Williams Park Zoo in Providence, Rhode Island where he spent  20 years,   the last ten 10 as zoo director.

At Providence he was instrumental in both do

ubling zoo membership to over 16, 000 and more than doubling earned operating revenues to  $6.8 million. The zoo’s attendance of over 600, 000 visitors in 2012 made it one of Rhode Island’s’ top tourist attractions and New England’s most visited zoo.
He joined Naples Zoo at an important time in its history, with attendance growing and major expansion planned. We spoke with him about his career and his plans for Naples Zoo.

How did you get into zoos? What was your background?

I had been an executive at United Way of Rhode Island for seven years when a recruiter reached out to me in 1993 about the Executive Director position at the Rhode Island Zoological Society which, at the time, was the non-profit support organization for Roger Williams Park Zoo.  United Way had paid for me to get my MBA at University of Rhode Island and I had agreed to stay for two years following graduation.  The timing for the move was perfect and my wife and I and two young daughters were already members of the Zoo and loved it. I was lucky to initially learn the Zoo business from Tony Vecchio, Keith Winsten, and Dr. Anne Savage all of whom were at Roger

Under your leadership, the Zoo raised $30 million for new exhibits and major capital improvements, including a new veterinary hospital, a children’s zoo feature and a major overhaul of the zoo’s African exhibits.  How did you raise these finances?

The first step toward raising the $30 million was successfully convincing the Governor and General Assembly leadership to place us on the ballot for $15 million in general obligation bonds.  Rhode Islanders approved the bonds by nearly 75% of the vote, a very generous and visible endorsement of our plans.  From there, we reached out to major corporate and individual donors to raise the balance and the community was very supportive.  The largest commitment was $5 million from The Champlin Foundations, an organization that principally funds capital improvements and land acquisition and has been a longtime supporter of Roger Williams Park Zoo.

During your time at The Roger Williams Park Zoo,   the zoo received both national and international awards from the Association of Zoos and Aquariums (AZA)  for its work with a variety of species including tree kangaroos, African elephants and red wolves. What particular species is Naples Zoo working with in terms of conservation programs?

One of the many things that attracted me to Naples Zoo was the Zoo’s long-standing commitment to global, national, and local conservation.  In addition to education, conservation was the foundation on which the Tetzlaff family built the Zoo.  Today, our programs are helping species like cheetahs, tigers, giraffe, lions, and leopards in their range countries. And we’re committed to helping our partners around the world from capacity building in mainland African zoos to conservation training scholarships for colleagues in the Caribbean. Because of its importance, we have longstanding work in Madagascar including multiple projects with National Geographic’s Dr. Luke Dollar as well as being a managing member of the Madagascar Fa

una and Flora Group. In addition, we are committed to important umbrella species not in our collection like elephants, rhinos, and gorillas.

Locally, we’re engaged in efforts to help conserve nature here in South Florida from 70 remote video camera traps for monitoring endangered panthers to public education in the Big Cypress National Preserve. And each year, we fund the planting of more than 100, 000 trees a year in Africa, Asia, and the Americas.

Matt McLean, chairman of the zoo’s board of directors said your “experience in Providence will provide a welcome roadmap for leading Naples Zoo into the future.”  What were the key developments you brought about which you will look to transfer to Naples?

Conservation and education are the key components of any great zoo’s mission.  In the area of conservation, we expanded Roger Williams Park Zoo’s portfolio to include more local initiatives and by doing so we were able to involve many more of our staff in our efforts.  At the same time, we increased our visibility and enhanced our reputation as a leader in conservation.  In the area of education, the one goal we focused on was to be the hands-down, leading environmental education resource for the state and region’s families, teachers, and children.  Roger Williams Park Zoo was and is viewed and respected for being just that kind of resource.  And all the credit in the world goes to the staff for helping the Zoo achieve that goal.  I’m eager to do both here at Naples Zoo.

You have said, “community support is critical to any great zoo’s success”. How is the zoo currently working with the local community/environment and how will you develop this?

One of the things I was most proud of at Roger Williams Park Zoo was being able to better connect community stakeholders to the Zoo’s mission and goals including business leaders, national and local government leaders, donors, educators, other organizations that were collaborative partners.  In my first three months at Naples Zoo, I made it a point to meet with as many stakeholders and potent

ial stakeholders as I possibly could.  And I continue to do so.  I’m not sure the Southwest Florida community fully understands the resource they have in the Naples Zoo and the potential the Zoo has to be an even greater resource.  We’re going to work hard to change that.

We’re looking at two major, multi-million projects here at Naples Zoo.  The first is to build a new visitor entrance experience that reflects how great the Zoo is and can be.  The second is an exhibit that we’re calling Kiwa Ranch that will expand our African collection and create a great interactive exhibit in an area of the Zoo that’s currently unseen by Zoo guests.  In between, we’re going to make a commitment to concurrently improve some the Zoo’s older and less dynamic exhibits, so that they don’t look even older and less dynamic next to the new features.  So, we’ve got a lot of money that needs to be raised and a lot of work ahead of us!

You have noted that the zoo already does great on-ground education. Would you like to see the zoo reaching out to the community?

I’ve visited more than 50 zoos and I believe Naples Zoo, and what is a terrific and engaging staff, is amongst the best in the country at on-groun

ds education.  I’d like to see the same thing in terms of our community outreach work and we’ll be working hard to achieve that.  The Naples Zoo needs to be and can be an even greater environmental education resource for the Southwest Florida community.

Does Naples Zoo have any species you have not encountered before?

Yes!  Our fosas (a carnivore from Madagascar) are pretty cool, as are our African honey badgers.  Hadn’t seen either at any zoo I’ve visited and I’m really excited we have both here at Naples Zoo.  I’m also excited about the property itself.  As a botanical garden founded by Dr. Henry Nehrling in 1919, saved and expanded by Julius Fleischmann, and cared for by the Tetzlaffs, the trees and plants here are stunningly beautiful.

How has swapping Rhode Island for SW Florida been? You’ll not miss the winters?

I actually love Rhode Island.  Great restaurants, great beaches, great places to bike, fish, and hike and everything much less than an hour away.  But, the very same is here in Naples and Southwest Florida as well.  And, yes, sitting on a beach in a world-renowned resort area and watching the sunset in mid-February will not be too tough to take!

Just a Thought…The Value of Art 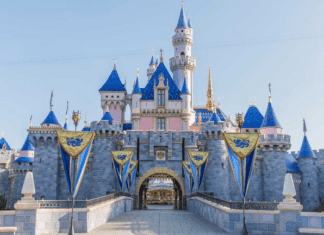