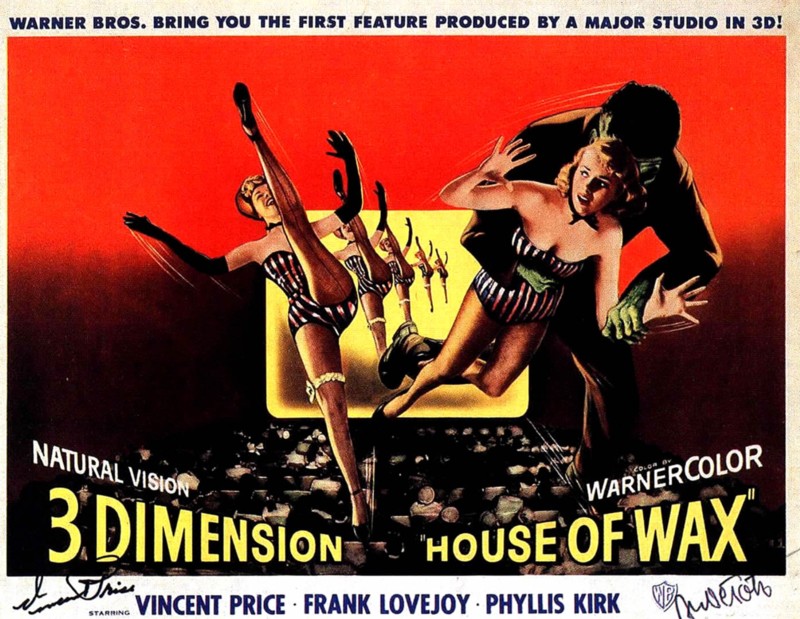 Henry Corrado, Director of Tejix s.a.r.l, (left) looks at the history of 3D in cinema and theme parks.

[The following article is based on a paper first published on www.tejix.com]

An introduction to 3D

3D technology has seen a huge rise in recent years and it would seem that almost no theme park attraction, be it simple theatre or the most elaborate ride, has escaped the addition of the phenomena.

However, 3D technology is not the modern spectacle that many assume it to be, research into stereo vision dates back to nearly the beginning of photographic history. Furthermore, the evolution of 3D sound and image technology has been helped along by the key role played by theme parks in the development and adoption of the technology.

Human eyes receive images in terms of colour and light, but each eye obtains the information differently. This is due to the way our eyes focus, both left and right eyes focus slightly inwardly, giving an ‘overlap’ which allows for the ability to see part of the volume of an image within the field of vision.
The closer an object is to the eyes, the better humans can assess this volume, whilst images that are far away are more difficult and appear in 2D from a distance of around two metres. The brain gives an idea of volume for a distant object based upon what we already know about it in terms of width and depth.

Similarly, eyes have the ability to ‘auto-focus’ on objects which are close by, although the sharpness and depth begin to degenerate the further away objects become. Conversely, if the eye focuses on a far-away image, then close-up objects will appear double. This is due to the brain’s ability to adjust parameters in order to properly focus on the object of our attention, generally without us even being aware of it.

This complex process is something that 3D technology is unable to emulate. However, understanding how the brain appreciates volume helps 3D experts to create the illusion of depth and width.

A 3D movie represents the 2D representation of each eye – eyes are on average spaced around 7 cm apart and by increasing this space by spacing the cameras, the 3D film director makes it possible to appreciate the depth of distant objects. 3D technology consultants determine the necessary adjustments needed for each film shot.

In the US, stereoscopic cameras were available from the mid-18th century and the first moving pictures were pr

esented on individual viewers. By the late 19th Century, whilst there was much experimentation in the field, not many documents or films existed that attested to inventions.

Since film has existed, so too has a fascination for 3D, the 1903 film The Arrival of the Train at La Ciotat was re-shot a few years after its release using two 35mm cameras and shown on a single 35mm using anaglyph. Whilst the film’s narrative was completely absent, the simple scene of a train arriving was made more powerful by the technical innovation which produced it.

This meant that early cinema was an immediate attraction for fairs, as Louis Lumière once said: "The cinema was born in fairs and exhibitions, and it will die there". This has proved to be a prophetic statement as the final movie projectors to be replaced are those found in

In 1915, the Famous Players Film Company (later Paramount Pictures) produced a series of films in anaglyphic 3D. These were intended more as a technical showcase than an artistic endeavour and the development of a viable 3D camera in the US went on to become possible and resulted in films such as Power of Love and the French film Faust.

The first 4D film, Plastigrams, was a series of educational shorts with a soundtrack and physical effects.

By the late 1920s, film-makers had begun to concentrate their efforts on talking films and widescreen and this marked the end of the wave of interest in 3D, as other advancements such as the introduction of 70mm began to take precedence.

By 1935 a technique using polarised filters, rather than colour, was presented to studios by Edwin H. Land – this was largely ignored by studio bosses, but is the most widely used technique today.

Following this, 3D was used by the German government during World War II in propaganda films using a process known as Zeiss-Ikon and was later adopted by the Russians in 1940. However, 3D became largely absent in film in following years.

The introduction of TV in the 50s triggered another comeback for 3D and the success of Lions of Gulu in 1952 persuaded studios to use 3D for further productions, a move which proved to be incredibly successful.

The complexity of these productions required skilled personnel and a large amount of investment, which led many theatres to abandon the technology. This was compounded by the lack of artistic and narrative quality in 3D films and once again, production came to a halt in 1955.

He developed the idea to divert a prism system, used by manufacturer Bolex, to overlay two images in the space usually reserved for a single image on 35mm film. This resulted in an image wider than high with a width/height ration of 1.85:1.

This was later taken up by Hollywood as the only non-anamorphic format for 35mm and it is thought that the 16:9 ratio in use today is based on the above ratio. Bodrossy was further influential in sound reproduction, a complex system that at the time relied upon separate, hard to sync film reproducers.  At the time, monophonic sound was printed onto the film itself using an optical form track, which contained variations proportional to sound intensity. Bodrossy came up with the idea to add a second optical track on the reverse of the image, which led to the first optical stereo playback system for film.

This technique was later to be adopted by Dolby Laboratories in their development of Dolby Stereo, which has had a decidedly profound effect on sound in the movie industry. Dolby placed two optical tracks side by side in order to ensure mono and stereo compatibility in theatres.

The process used in the film was then adapted by a number of studios and used in about thirty films during the 70s and 80s including Jaws 3D and Amityville 3D.

Victoria and Shiliphan’s ‘Stereovision’ process may have proved relatively simple, but it also required the replacement of fabric screen to metallic in theatres, as well as the use of an expensive projector, due to the reduced resolution of the projected image.

However, theme parks had no such compatibility issues and as such it was in this industry that the most outstanding experiments took place during the 70s and 80s. Disney led the way in 3D film and their Magic Journey was presented in 1983 in California, Florida and Japan.

The real breakthrough came in 1986 though, and Disney’s Captain EO laid firm foundations for 4D technology with the synchronisation of physical and visual effects.

Before this, attempts to integrate 3D technology had been somewhat hit and miss, with manually triggered effects and Six Flags

’  ‘sensorium’ – a doomed project that attempted to integrate smells into the experience.

Later projects, including: Muppet Vision 3D (1991), Honey I Shrunk the Audience (1994), It’s Tough to be a Bug (1998) and Philarmagic (2003) incorporated special effects into the project design early on. This helped narrative, although it wasn’t carried on in many 4D theatres.

However, there were some exceptions such as Terminator 2 3D (Universal) and Spiderman (Islands of Adventure) which blended 3D projections with special effects and an exciting ride. The vision of these rides is illustrated by the fact that they are very much still in evidence today.

The majority of theme park 3D attractions use two 70mm films and larger screens use the Imax-adapted 3D process which was developed in the 80s. Imax’s involvement in the development of 3D means that most Imax theatres worldwide use Imax 3D.

The 2000s saw the transition from analog

ue to digital and has meant that the industry has evolved in order to produce video projectors that outperform film projectors considerably on all levels.

Hard drives have replaced film reels and a sharp 3D film has become easy to achieve using digital video. This means that the technical barrier that existed in the past is no longer a problem and the film industry has at last begun to retain 3D audiences.

This technological advancement has also delayed the death of film in cinema and the film Avatar is credited with being the film that really launched the 3D model in theatres worldwide.

Due to the quality of digital technology today, theme parks can no longer rely on the novelty of 3D, especially now that its popularity has risen in cinema and 3D is available in the home. 4D attractions need to concentrate design efforts on creativity and narrative in order to compete and this will ensure that visitors continue to enjoy the unique theme park experience.

Harry Potter at the Warner Bros. Studio Tour London: Could it be Magic?