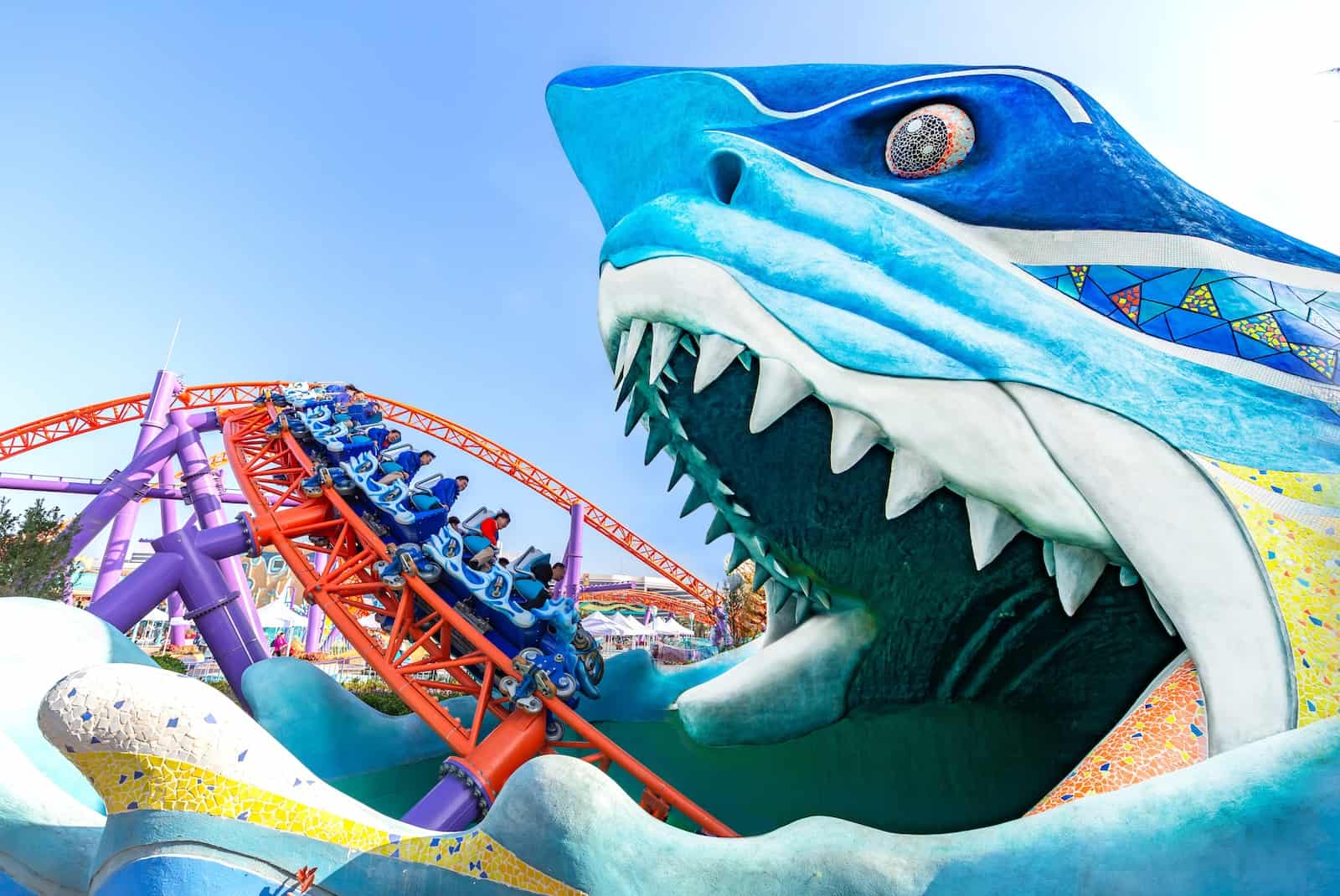 Theme parks and museums are gradually reopening across China, as attractions temporarily shut down in the US and  Europe amid the global outbreak of coronavirus.

Since China was the first country to be hit hard by the coronavirus pandemic and is now showing signs of recovery, Asian attractions may be the first to emerge from the current crisis. We take a look at how the situation has affected theme parks, zoos, museums and more in the region.

As the situation develops, opening dates in China are subject to change. We have already seen several attractions re-open, only to be forced to close again amid fears of a second wave in coronavirus cases.

However, the park closed again on 30 March as authorities feared a second wave of infections.

“These last two months have been among the most challenging our industry has ever encountered,” said Barry Kemper, Legacy’s COO. “We deeply admire the leadership shown by our Shanghai Haichang Ocean Park partners and clients in the face of this great adversity.” 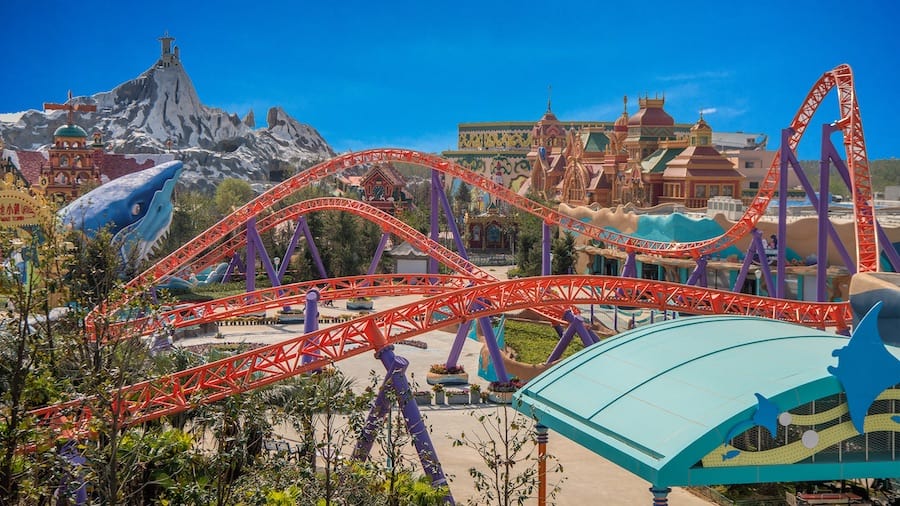 “Their thoughtful and carefully considered actions are setting a model for the rest of the world to follow. We are confident that other theme park and themed entertainment owners and operators will soon be looking to Haichang and others as they cautiously take the first steps back towards normalcy.”

Disneyland, Walt Disney World and Disneyland Paris have temporarily closed in light of COVID-19. Disney’s theme parks in Tokyo, Hong Kong and Shanghai also shut their doors early in response to the outbreak. 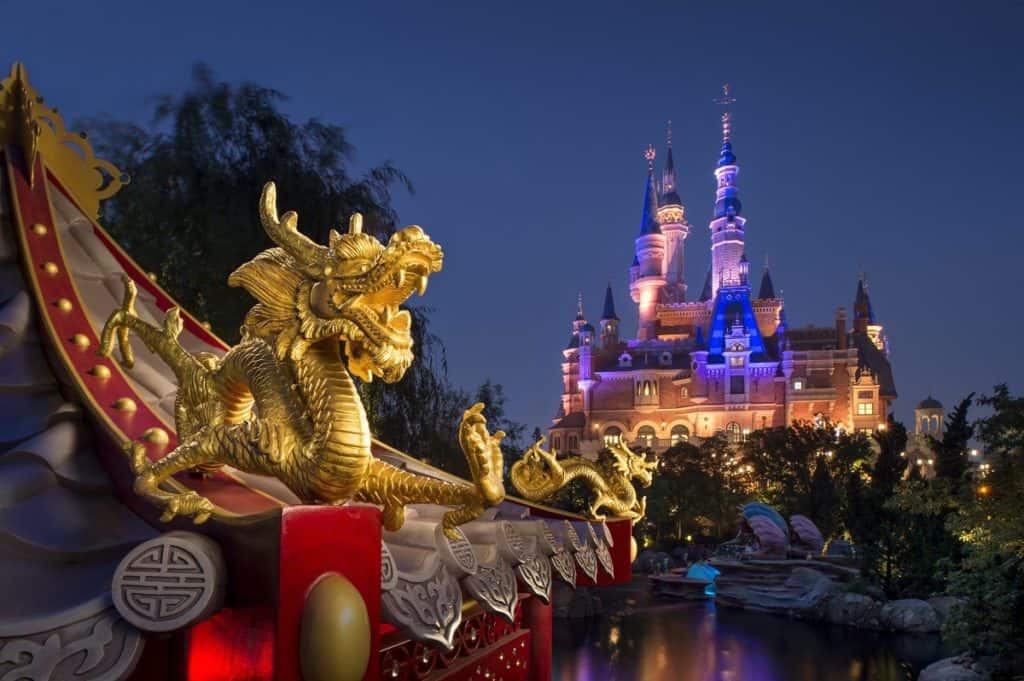 Shanghai Disney Resort partially reopened on 9 March, with a limited number of shopping, dining, and recreational experiences. The Shanghai Disneyland theme park remains closed, but the move marks “the first step of a phased reopening” in China. QR codes must be provided by all guests on entry, with only green code holders permitted entry to the resort.

To open or not to open?

According to Shine, towards the end of March more than 80 tourist attractions and 4,200 hotels across Shanghai reopened, as well as 110 museums and art galleries, and 40 libraries and cultural centres. In addition, the majority of cafes, karaoke halls and gaming and entertainment venues opened again. 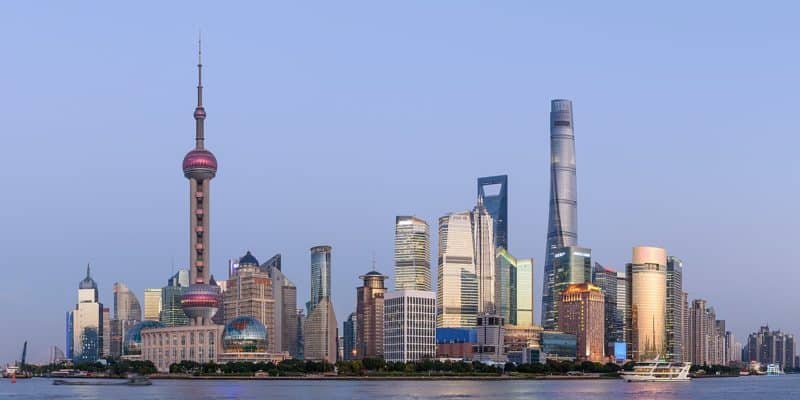 Chinese authorities ended a two-month lockdown of Hubei on 25 March. Hubei’s capital city Wuhan remained in lockdown until 8 April. China originally stopped people from leaving or entering Wuhan on 23 January, later expanding that to most of the province.

The government now says that work has restarted on approximately 90 per cent of major public construction projects in China.

In Beijing, Beijing Zoo and parts of the Great Wall reopened last week, but with advance reservations to limit visitor numbers. Some restaurants have also reopened. Beijing requires all visitors from overseas to take a test for COVID-19 as well as being in quarantine for 14 days. Chinese officials are now focusing on the virus entering the country from abroad. 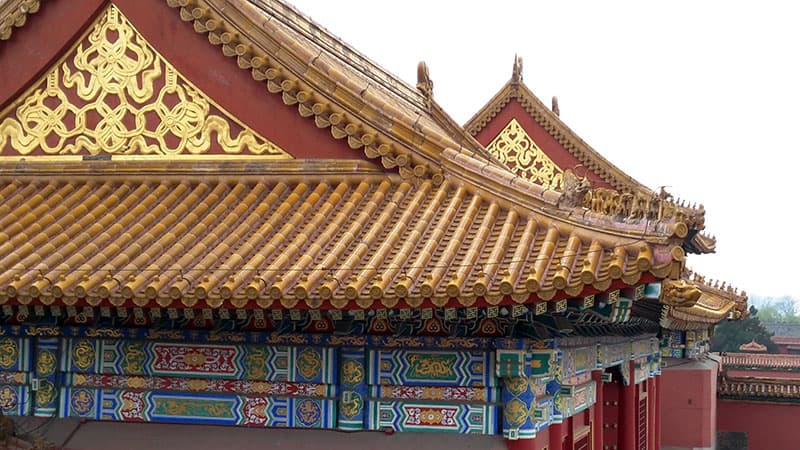 On 14 April, the Chinese health authority reported 89 new confirmed COVID-19 cases, of which 86 were imported. In a notice published online, Beijing authorities said: “Currently, the imported risk from the epidemic’s rapid spread overseas continues to rise.”

Meanwhile, cinemas that had been reopening across China are now shutting their doors again. The authorities have recommended that cinemas and other high-risk indoor leisure venues remain closed for the foreseeable future.

This reversal at several Asian attractions serves as a cautionary tale to other countries looking to return to normal too quickly after coronavirus.

Similarly, the leisure venues and cultural facilities that reopened in March in Hong Kong have closed once again as cases of coronavirus spike. Hong Kong closed outdoor leisure facilities and all indoor sports facilities, as well as museums, performance venues and music centres. These will not open before the end of April.

Hong Kong shut down government-run museums in late January before they gradually began reopening in March. However, this came before a second wave of the pandemic. Cases of COVID-19 doubled in Hong Kong between 16 March and 23 March. As a result, social distancing measures are back, with the government quickly closing the Hong Kong Museum of Art, City Gallery, M+ Pavilion, and Hong Kong Visual Arts Centre. 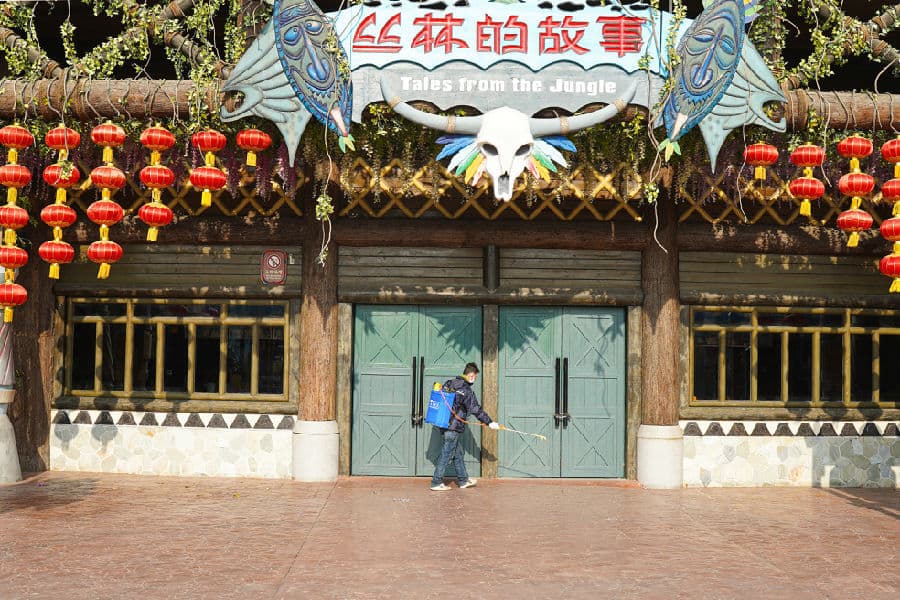 Fantawild released a statement saying: “The health, safety and comfortable experience of our guests is our top priority. For this, Fantawild will strictly follow the government regulations and directions regarding epidemic prevention and control and take a series of measures, including thorough sanitization and disinfection as well as controlling the number of tourists in a proper manner.”

The theme parks are limiting the number of visitors to 50 per cent capacity. They are also controlling visitor flow. Fantawild guests need to book a slot online, wear masks and have their temperature checked. In addition, visitors must stay one metre away from other visitors.

The parks will ensure that all areas are regularly cleaned and disinfected. This includes restaurants and bathrooms. Visitors using the restaurants will use disposable utensils and dine at a distance from other guests. Fantawild has also set up quarantine areas. It has an emergency response plan in place should a suspected case of coronavirus arise on site.

Other Asian attractions that had initially started to reopen in a limited capacity have also been forced to close again due to a new wave of coronavirus cases. For example, theme parks and other attractions in Japan. In March, several popular locations such as Legoland and Huis Ten Bosch had begun to open again, with extra safety measures in place. 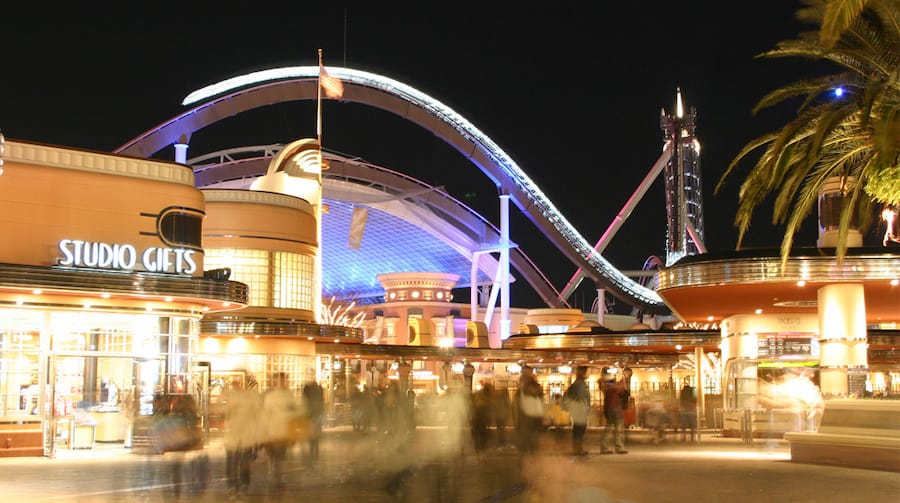 However, on 7 April, Japanese leader Shinzo Abe declared a state of emergency, announcing a month of restrictions. Regulations will be in place until 6 May and apply to Tokyo and six other prefectures. These are Chiba, Kanagawa, Saitama, Osaka, Hyogo and Fukuoka.

In response, key attractions such as Universal Studios Japan, Tokyo Disney Resort and Legoland Japan have all announced closures until at least Mid-May.

Health vs. the economy

The closure of Asian attractions due to coronavirus is having a big impact on the economy. Particularly for places, like some areas of Japan, that reply on tourism.

“From the point of view of prevention, staying at home is desirable. But it has to be taken into consideration what its effect will be on the economy and people’s lives,” said Jiro Yasuda, professor of virology at Nagasaki University. “It will have a devastating effect on the economy.”

“The regional economies tend to depend on tourism,” said Takumi Fujinami, an analyst at the Japan Research Institute. “They cannot afford to keep businesses grounded for too long. They want to see shops reopened where possible.” 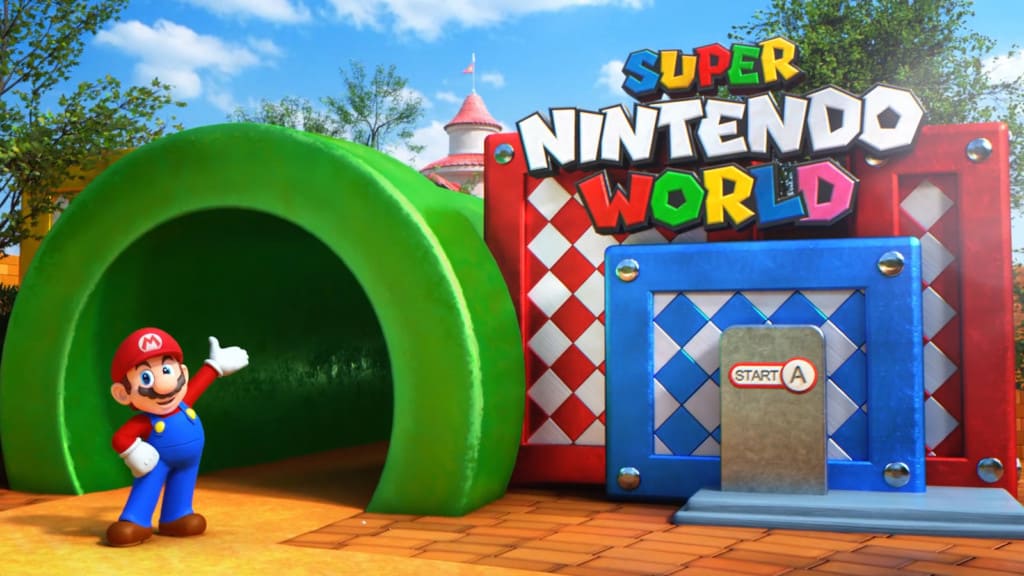 Japan is, however, proceeding with its integrated resorts (IR) as planned, despite the global coronavirus pandemic. Some feared that there would be a significant delay to the first of the IR projects. But Prime Minister of Japan Shinzo Abe said that the IR project is on track.

In addition, Super Nintendo World attractions are on track in Japan, as well as California. Universal Parks & Resorts chairman and CEO Tom Williams confirmed: “Our construction projects around the globe – Super Nintendo World in Osaka and Hollywood, Universal’s Epic Universe in Orlando and Universal Beijing all remain active and on track under protocols established by government officials and with their support.”

The situation in Singapore

Singapore initially appeared to have an alternative model for how to navigate through the coronavirus crisis. To start with, many of the country’s attractions remained open. They had put extra safety measures in place, such as visitor number limits and temperature checks. 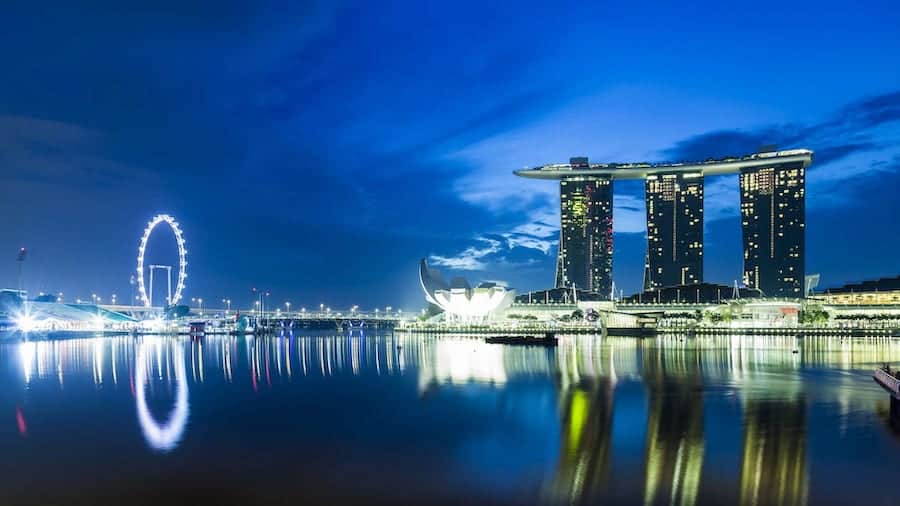 However, despite having a much lower number of cases than its neighbours, Singapore has now introduced temporary restrictions too. Singapore’s Prime Minister has ordered the closure of all non-essential workplaces until 4 May 2020. This means that the country’s attractions have now shut their doors to the public.

It is clear that the situation in all parts of Asia is far from returning to normal. If we look towards Asian attractions for patterns when dealing with the coronavirus pandemic, there are a few things that we can expect to be repeated in Europe and the US.

Firstly, it is likely that attractions will have to adapt to a ‘new normal’. This includes several of the safety measures taken in Chinese theme parks. For instance, temperature checks, extra cleaning, social distancing measures, face masks and visitor caps. We have also seen that the restrictions on high-risk attractions might take longer to lift. For example, cinemas and other indoor leisure venues. 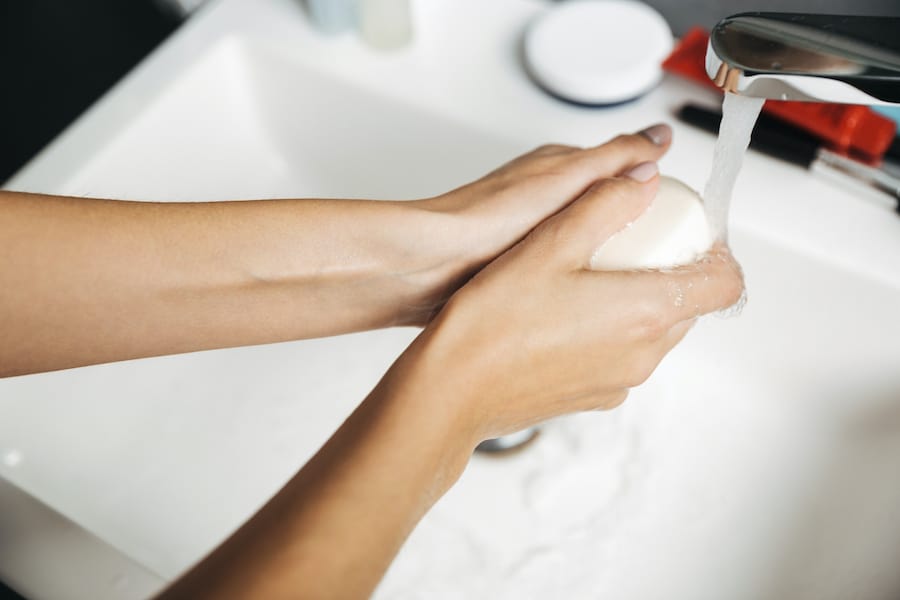 One thing to be wary of is trying to break free of this ‘new normal’ too soon. As China has shown, reopening attractions is not straightforward. There is a risk of further waves of infections and more temporary closures if the approach is not cautious enough. Following the science as we understand more about coronavirus infection patterns and effective testing regimes will be key to getting visitors back to attractions safely. 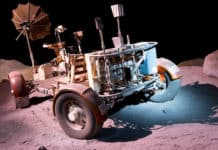 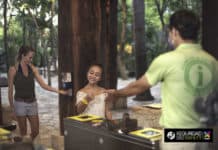 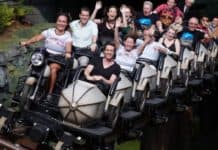 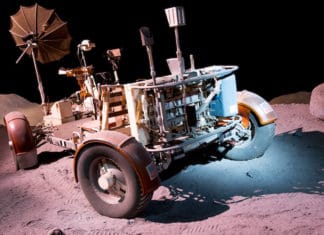 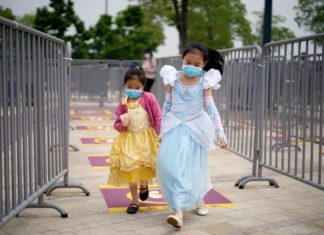