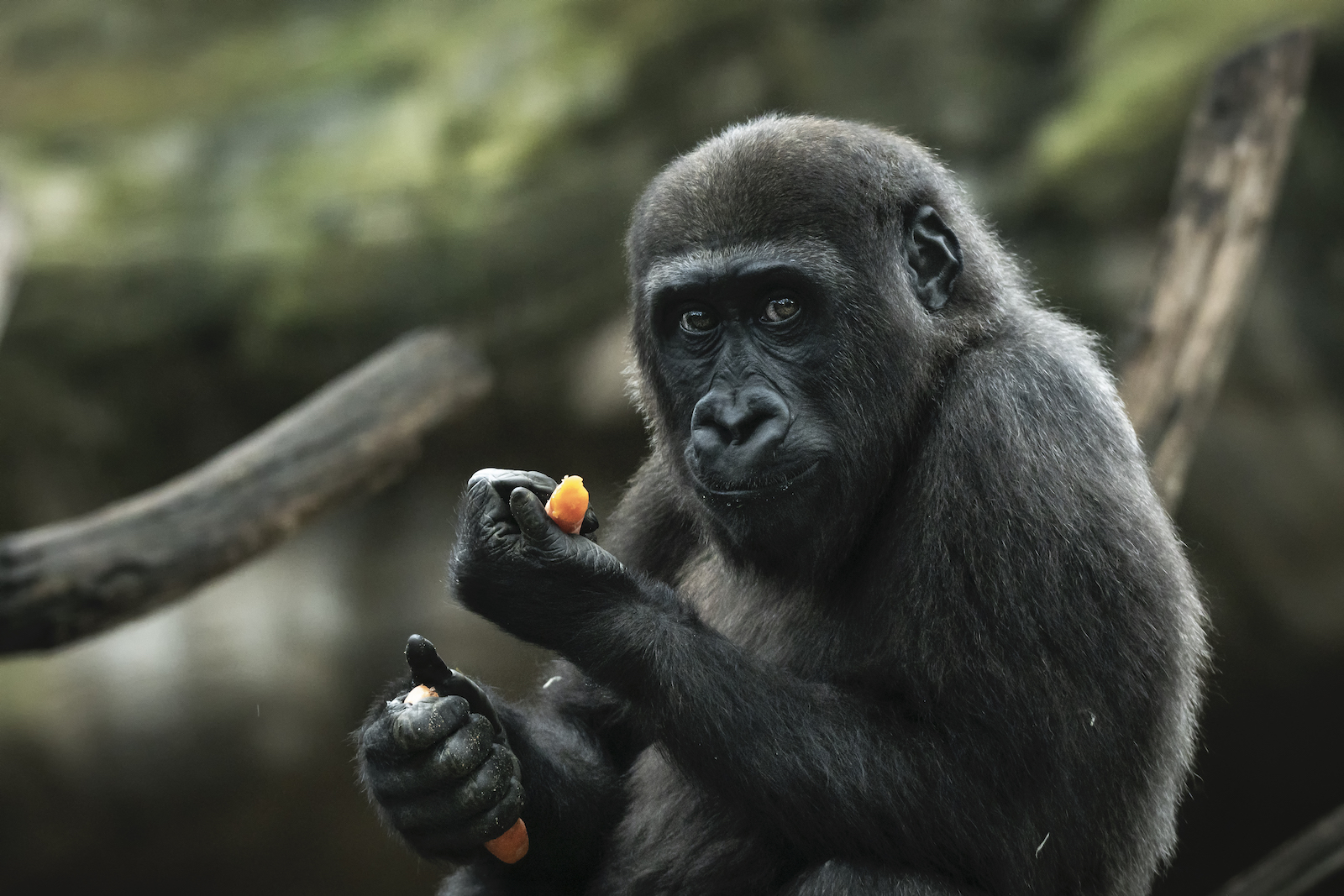 Barcelona Zoo is in the early stages of a project which will see the attraction transform into Europe’s first ‘animalist’ zoo. 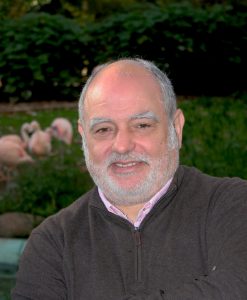 A legal amendment prohibiting the breeding of species which cannot be released into the wild is now law. It is being seen as as a win for animal rights activists.  In response, Barcelona Zoo is investing in a new project. The plan will put animal welfare, conservation, research and education first. It will turn the attraction into the first ‘animalist’ zoo in Europe.

Antoni Alarcon is the director of Barcelona Zoo. He spoke to Blooloop about the changes and the reason for them.

The city council has approved the new model. The project will strengthen the zoo’s commitment to conservation. It will also reinforce ties with scientific institutions and universities.

A global investment of €64.6 million is ringfenced for the project, which will happen in various stages between 2019 and 2031. It will also incorporate new technologies to complete and enhance the visitor experience.

There will be a focus on native Mediterranean fauna. The zoo will also specialise in the conservation of endangered species. Particularly primates, and animals from the North African and Saharan regions.

Additions will include a marine biodiversity centre and an invertebrate pavilion. A butterfly garden and biomes will also feature. There will be interpretation centres for Komodo dragons, orang-utans, and animals of the Sahel and Mediterranean regions.

A new education area, a logistics space and service networks will complete the project. At least half of the investment will contribute to extended and improved animal facilities. 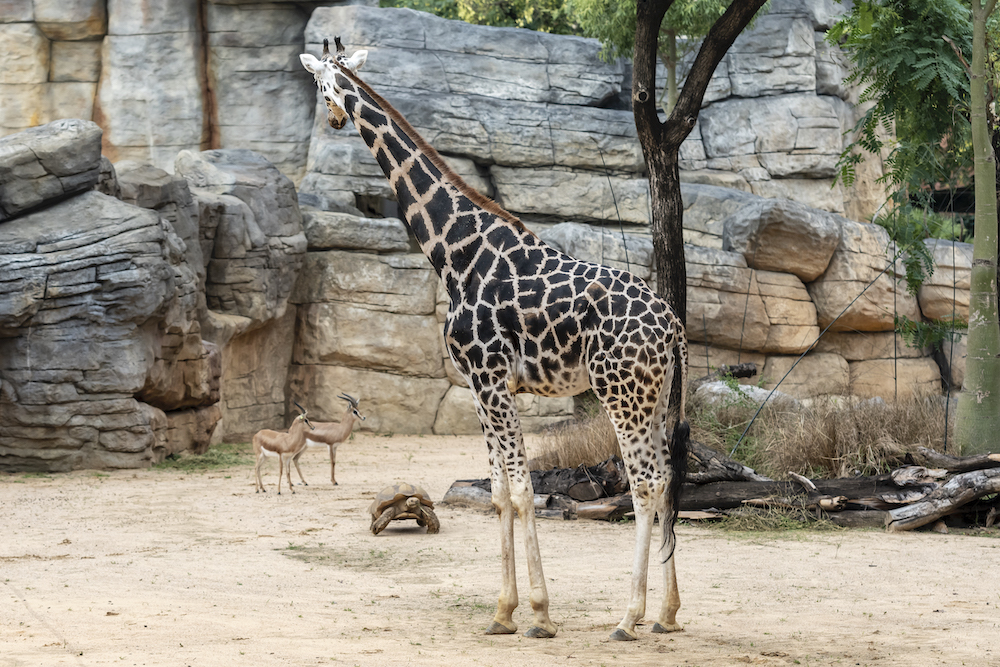 The history of Barcelona Zoo

Alarcon has worked extensively in conservation, environmental engineering and soil management. In a previous role, he worked at the former municipal public society. Here, he directed projects and master plans for Barcelona Zoo.

“Barcelona Zoo began in 1892,” says Alarcon. “It was part of the urban transformation project that was taking place for the 1888 Barcelona Universal Exposition.”

The zoo grew out of the zoological collection of an illustrious banker of the city – Martin Codolar. The creation of the Council of Natural Sciences happened soon afterwards. This council managed the zoo as well as the Zoological and Geological Museum. It was also responsible for the Botanical Garden.

In 1929 the zoo strengthened and consolidated its scientific character. This was because of the 1929 Barcelona Universal Exposition. During the 1930s there were financial difficulties caused by the debts of the dictatorship era. Then came the civil war, during which many animals died either in the bombings or from lack of food. 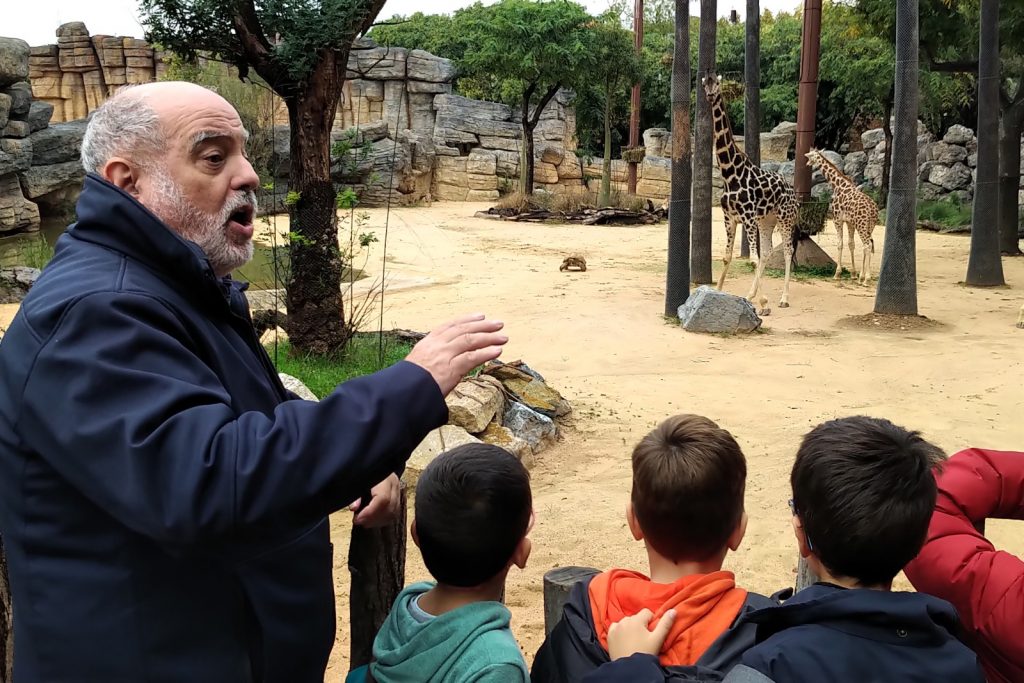 “The resurgence of the zoo began in 1956,” says Alarcon. “This is when director Antoni Jonch began modernizing it. The facilities improved with the addition of a 13-hectare extension. A wildlife centre was also established in Ikunde (Guinea), under curator Jordi Sabater Pi.

“It was at this time that the Dolphinarium and Aquarama began. Jordi Sabater Pi brought back the most iconic animal of the Barcelona zoo from Guinea. This was the albino gorilla ‘Floquet de Neu’ [‘Snowflake’].”

From 2003, the zoo saw the development of proposals for the future. “Finally, last May, the new zoo model was approved in the municipal plenary,” says Alarcon. 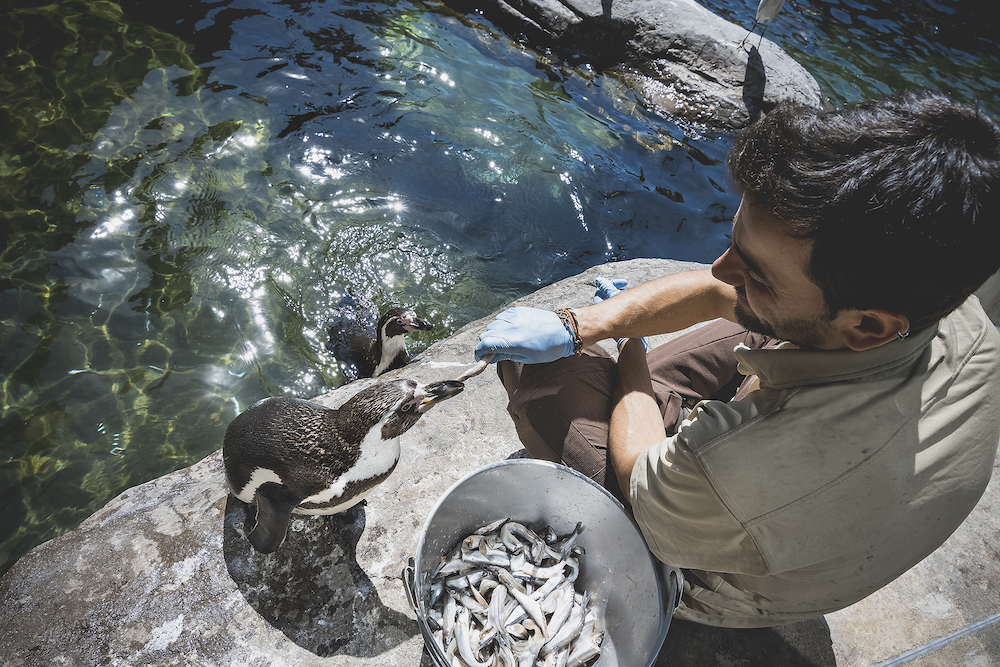 A change in the law

The new law on species survival programmes has implications for the zoo itself.

“It is simply a modification of the existing law on animal protection, detention and sale,” says Alarcon.“This new law regulates the reproduction of zoo animals. It requires plans for the establishment of habitat. It guarantees actions in favour of animal wellbeing and promotes reintroduction projects.”

He is diplomatic. However, there has been a certain amount of controversy about the amendment. It has prompted a chorus of complaints from universities and the scientific community.

Some have criticised the lack of scientific rigour prompting the amendment. It will mean that zoos will no longer breed species such as elephants, bears, camels, kangaroos and zebras, as they are not endangered. They will still be able to breed endangered species. But zoo managers will have to prove that zoo breeding would bring ‘quantifiable benefits for the conservation and viability of the species.’

Many assert that zoo breeding programmes for endangered species are essential. Is it better to concentrate on animals that we can return to a wild habitat? Or should we be preserving species whose habitat is lost in the wild? 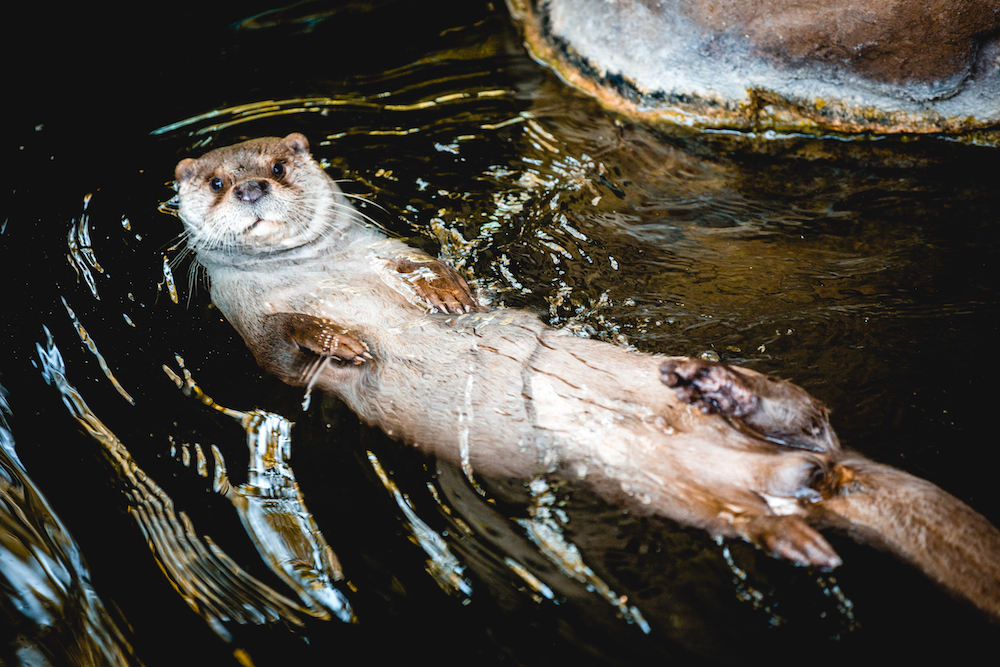 “Facilities such as zoos are an important tool for biodiversity conservation,” says Alarcon. “In addition, the IUCN recognises this work. The zoo must preserve the health of vulnerable and threatened populations. We must preserve the genetic pool. This is necessary to carry out conservation and reintroduction projects.

“One of the most important conditions is to address the problems that have brought a species to the brink of extinction. The first thing to do is to reverse these effects on their habitat. We need to address the human behaviour that has led to a certain loss of biodiversity.

“The importance of the zoo lies in the fact that it has experience in handling animals. It can also save time when recovering the original habitats. Recovery projects are normally complex and sustainable.” 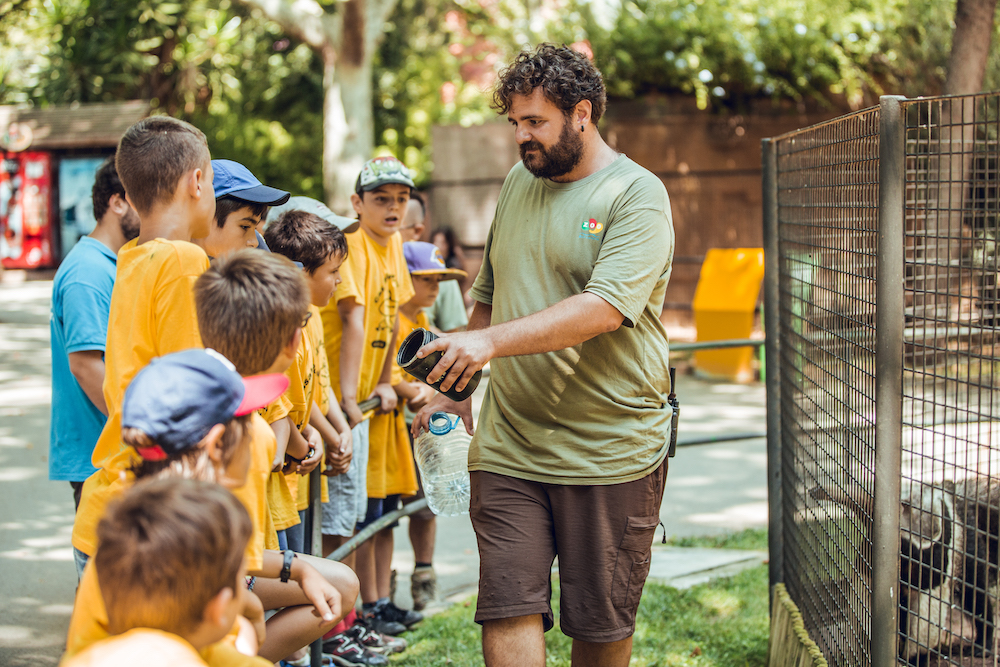 The new model for an ‘animalist’ zoo

Of the zoos proposed new model, he says:

“The zoo has developed a new model. It shows the way forward in areas such as conservation, research, awareness and education. We did this independently of the municipal ordinance. The new model explicitly provides for an investment of up to 64.6 million euros until 2031.”

The new model is being widely referred to as the first ‘animalist’ zoo in Europe. However, Alarcon refutes this.

“Barcelona Zoo will not be an ‘animalist’ zoo. The Barcelona Zoo has opted for a new model. This will allow us to carry out species conservation, research and education in a determined manner. We will work to reduce the number of vulnerable and threatened species in certain habitats. Particularly in the Mediterranean.

“Barcelona Zoo works to ensure the welfare of animals. That’s why I created a commission on the code of ethics and animal welfare in 2016.” 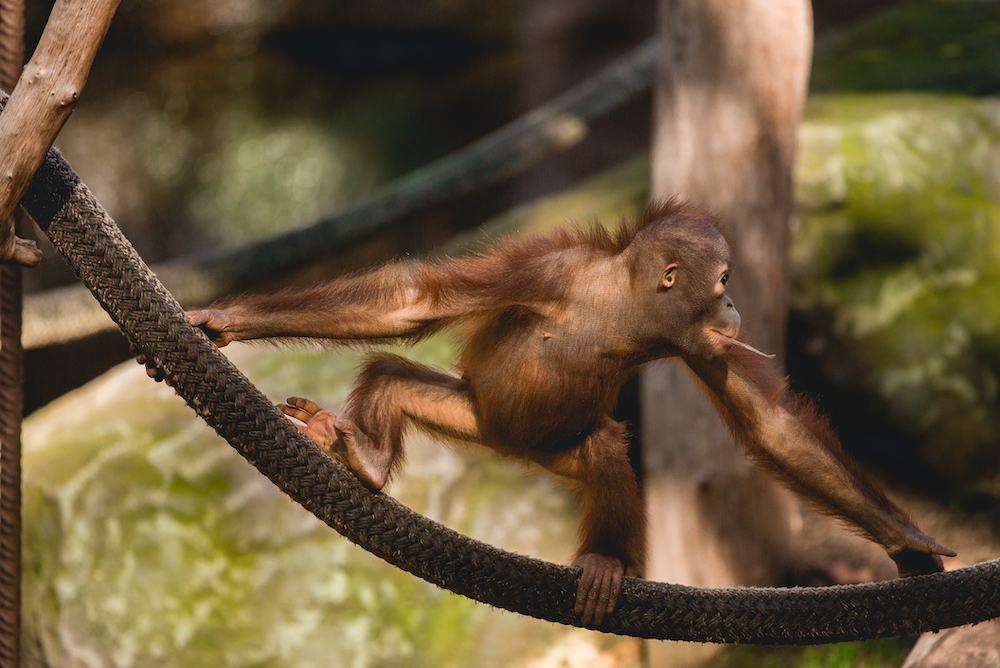 “In addition, Barcelona Zoo wants to increase on-site conservation and research projects. Over the past 10 years, we have invested more than 3.5 million euros in conservation projects. One of the proposals of the new model is the creation of a biodiversity research institute,” says Alarcon. “This is in collaboration with universities.

“We also want to increase awareness and education as one of the most important aspects of the zoo’s role. It is still an important environmental education tool. We can change people’s attitudes towards the planet’s environmental issues.”

The new plans will not mean that animals will have to be re-homed, as Alarcon explains.

“The only exception is the 4 dolphins that are at the zoo while waiting to be transferred to facilities that guarantee their animal welfare. Barcelona was declared a cetacean-free city in 2016.” 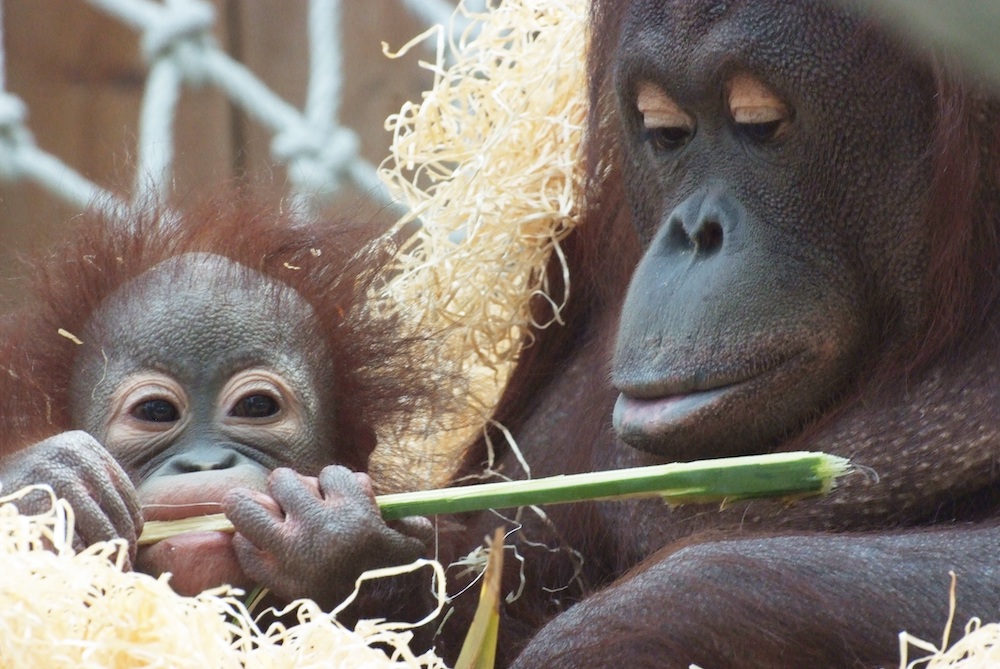 The new model, which is based on an investment timetable up to 2031, proposes a transformation of the zoo. It will include new facilities, a new education building, and a logistics area.

The zoo will also introduce new outreach activities. The design and updating of facilities will be more focused on animal welfare and sustainability. Barcelona Zoo will reinforce its commitment to the preservation of the planet and nature conservation, says Alarcon.

“ The zoo wants to help the population develop healthy habits towards biodiversity conservation. These are people with tools that allow them to preserve the planet’s biodiversity. A zoo is definitely a guardian of the planet. We have educational projects and visitor awareness policies to help us achieve this.” 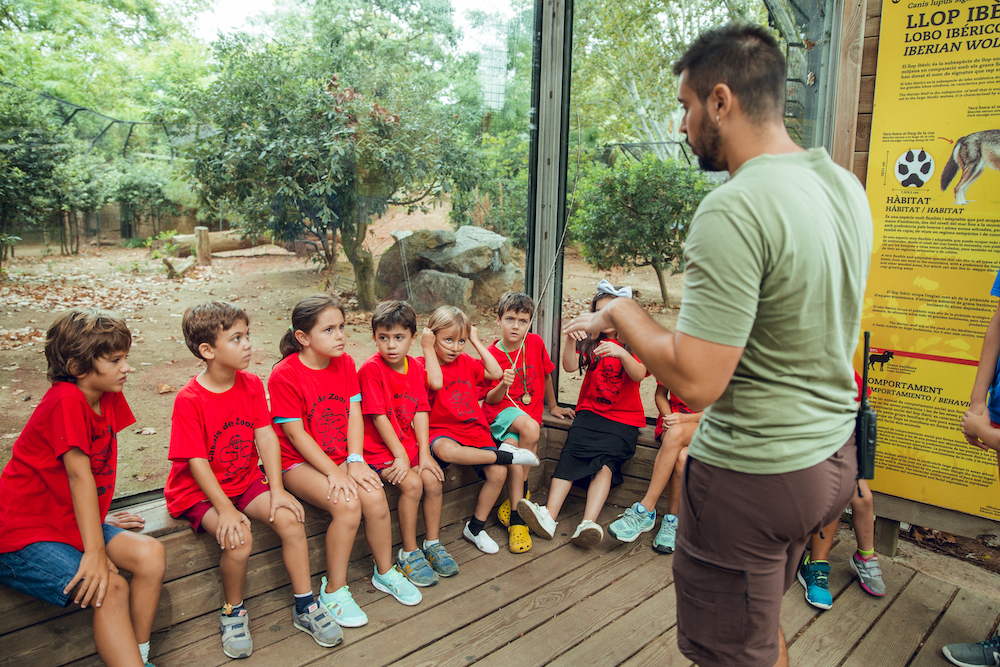 Commenting on the zoo’s partnerships with universities and scientific institutions, he says: “The zoo must work with all administrations to carry out research and conservation projects. Our focus is on biodiversity and animal welfare. It’s a priority role. A zoo without research is not a zoo.

“Projects to improve habitats and in situ species need to take place. Some of these will be while working with other institutions and other zoos.” 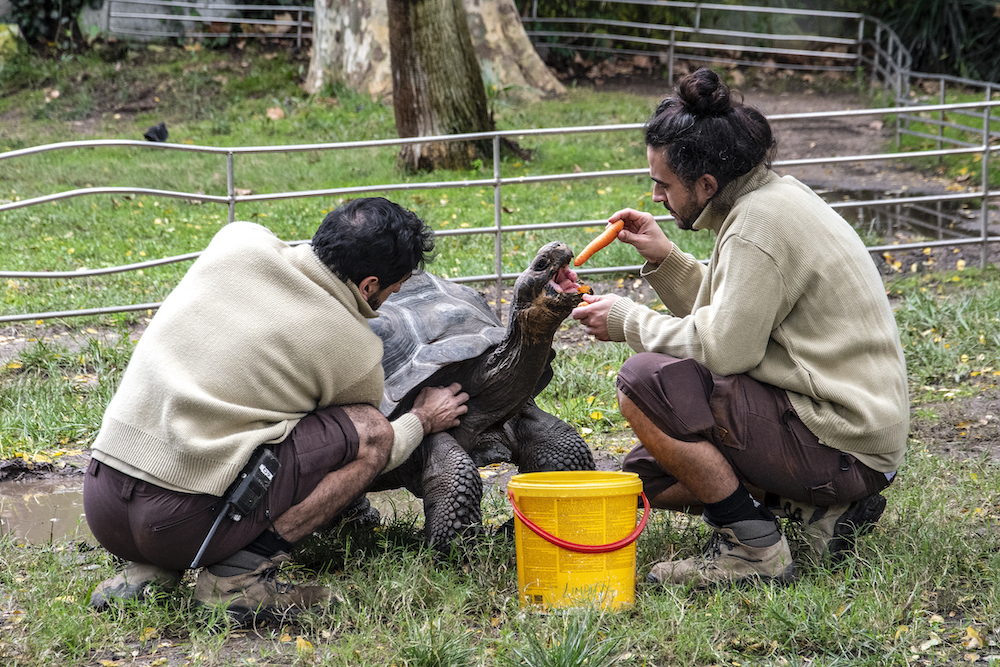 A bright future for Barcelona Zoo

Alarcon is confident the ‘animalist ‘zoo is moving in the right direction.

“Zoos are ever-changing institutions,” he says. “The path we have started going down with the Barcelona Zoo’s new model is the right one. We will be working with endangered and vulnerable species both ex-situ and in situ. Its what we call the One Plan approach. We will be improving habitats and reversing degradation processes. The zoo will also carry out research on issues such as improving animal welfare and biodiversity loss.

“And, obviously, trying to raise awareness and educate the population. We all need to take steps to avoid the sixth extinction of the planet.

“Other zoos around the world are working in this direction to preserve biodiversity conservation.”

The Charles M. Schulz Museum: exploring the artist and the craft behind Peanuts