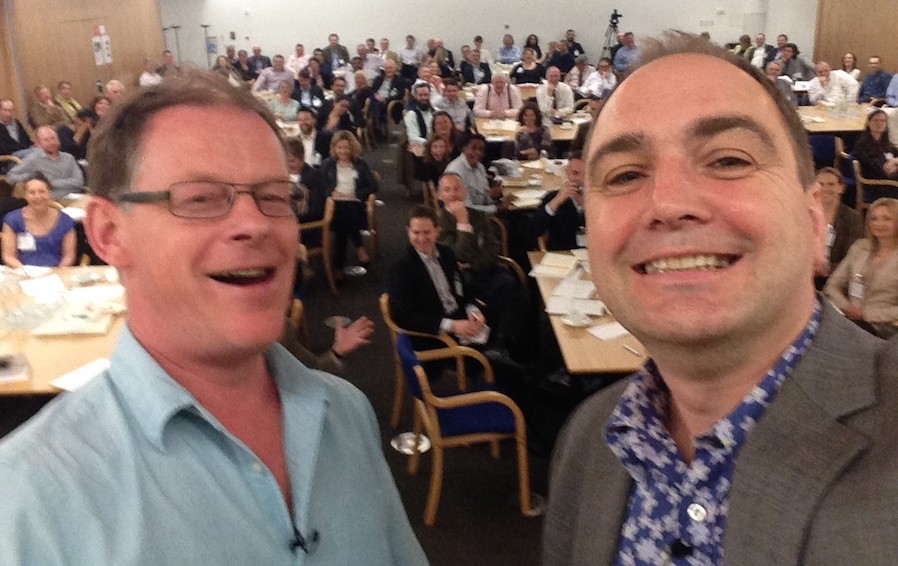 Blooloop broke free from the online world with its first ‘real life’ conference this May in London, blooloopLIVE.

Visitor attraction professionals from far and wide met on May 1 to listen to a distinguished panel of speakers, network with industry peers and put a face to the avatar. Staged at the headquarters of United Kingdom Trade and Investment (UKTI), a stone’s throw from the Houses of Parliament, the one-day event was made possible with the help of sponsors Green4Solutions, Polin Waterparks & Pool Systems, Gateway Ticketing and Electrosonic – and around 150 delegates.

Presentations were split into four sessions – brands, content, technology and strategy – but in truth there was a certain amount of cross-fertilisation between what the speakers had to say; such is the hands-on understanding that many attractions operators and suppliers have of their businesses.

Who better to kick off the session on brands than the chief development officer of Merlin Entertainments, a company whose whole business model is based around the exploitation of strong attraction brands. Mark Fisher highlighted the three types of intellectual property (IP) Merlin works with at its 100 international locations: attraction brands, sub brands (such as Alton Towers’ Nemesis rollercoaster and Gardaland’s Prezzemolo mascot) and, an increasingly important area of activity, IP partnerships. The latter, noted Mark, are about “true partnerships” rather than logo-slapping, allowing external brand owners to connect with Merlin’s guests by creating compelling (Merlin loves that word) experiences that resonate with the distinct demographics attracted to each of its venues. At teen-friendly Thorpe Park near London, for example, the company was able to create a memorable rollercoaster with SAW: The Ride, even though the ride system was the third of its kind in the UK, by partnering with the owner of the horror film franchise.

Now operating in 15 locations on three continents, KidZania is the world’s fastest-growing ‘edutainment’ brand, soon to expand into two more continents with its arrival in London and the USA. Executive vice-president Andrew Darrow explained how Kidzania chooses “powerhouse companies” as local partners to enable its rapid expansion without compromising the brand. One way the operator tweaks its offer from outlet to outlet is by the collection of external brands brought in as sponsors of the stores and establishments inside its kid-sized role-playing cities.

The Extreme Sports Group started life as a TV production company but has evolved into a brand management company that licenses its IP for use with energy drinks, fashion and grooming products, consumer electronics, gaming DJ club nights, hotels and soon its first resort (in Portugal).

Extreme’s brand values differ somewhat to those of KidZania’s, conceded CEO Al Gosling, due to the “four Fs” attitude of its 18-24 target group.

On paper, BeWILDerwood looked like a “a few sheds in trees” in a remote corner of east England, but it is now a multi award-winning family attraction thanks to the back story told through children’s books written by its owner Tom Blofeld. Kicking off the session on content, Simon and Johnny revealed how the treehouse experience in Norfolk has flourished by doing things its own way, installing low tech attractions that encourage children to use their own imagination and rejecting deals with major food and drink suppliers or any competing brands. “Because if you own the brand, you own the profit, ” observed Johnny.

London’s Natural History Museum (NHM) was founded in the late 1800s, explained Head of Content Development Louise, because the British Museum had too much content to display at its base elsewhere in the British capital. Comprising originally of “stuffed stuff” the museum’s exhibits have developed over the years both in content and the way in which they are displayed. Hit exhibition? Animal sex. Miss? One on seaweed.

Threshold Entertainment‘s Larry Kasanoff rounded off this particular session, arguably the most varied of the day, by highlighting a few of the ways movies and visitor attractions are converging.

The technology session after lunch provided plenty of food for thought thanks to the presentations made by two guest speakers, invited to provide some perspective from outside the industry. Futurist Peter conceded that “dragging people off their screens and into real life experiences is a bit of a struggle” but nevertheless highlighted a number of technologies – including 3D printing, shape-shifting materials, robots and artificial intelligence – that have potential for visitors attractions, and some of which actually already are in use. In implementing any technology, Peter noted, “it should not pose a threat either to grandma or the youngest child.”

There is not a brewery tour in the world, reckons technology journalist and BBC broadcaster Aleks, that she has not visited. Whether it’s tasting beer or standing on a moving floor, what gives real-world attractions like this an edge over pure technology is that they stimulate the senses in the way that no tablet, smartphone or console yet can. “We’re still just tapping and scrolling” observed Alex.

An interesting discussion took place following a question from exhibitor David Hughes of the Interactive Institute, who wondered if it’s possible to create a scent recorder. The considered opinion from Aleks and Peter was that it’s not, but the power that scents have to trigger memories and emotions is very powerful and perhaps an underused storytelling technique in visitor attractions. Yet for some people, smell is not enough. Architect Ray Hole confessed he actually likes to taste buildings.

Dave has worked in the zoo and aquarium sector for the last 20 years. During the session on strategy, he revealed how he has stabilised cash flow and maximised income at the (UK) National Marine Aquarium, and in the process improved the reputation and influence of the Plymouth based attraction.

During a rip-roaring presentation of Leeds Castle, Victoria explained how, on arriving at the English attraction a decade ago, she discovered a “fabulously beautiful” monument in a picturesque setting.  Despite limited capacity and parking facilities, Victoria and her team have introduced additional revenue streams including playgrounds, zip lines, Segway tours and medieval ‘glamping’.  Victoria’s rousing contribution included the biggest laughs of the day as she delighted the room with her impromptu strategy for the 18-24 segment based on Al Gosling’s “four Fs”.

On arriving last summer as managing director at Chester Zoo, Jamie was charged with overseeing its largest ever capital investment, the £30 million ($50m) Islands project. “We want to become the UK’s first zoo that is a two-day destination, ” revealed Jamie. Already it is the nation’s most popular (busier than London Zoo), but now the plan is to grow attendance from 1.4 to 2 million over the next four years by introducing six themed Indonesian islands, a lazy boat ride and 250-room hotel.

A last minute but welcome addition to the speaker programme was Sarah Roots of the Warner Bros Studio Tour London – home of The Making of Harry Potter. This appointment-only studio tour continues to be a huge success, enjoying the luxury of “never being busier than full” and not having to discount either. The behind-the-scenes experience – which Sarah dared to describe as not immersive – appeals to Potter fans thanks to its authenticity. Well, as authentic as the film set to a fantasy franchise can be.

To summarise, a packed conference programme delivered what was arguably one-and-a-half to two days’ content in just one insightful day; a sensible approach given the demands on many delegates’ diaries.

The day was brought to a close with most attendees going on to the evening’s entertainment at Davy’s at St James’s, a former champagne vault that was brought to life with live music and good times from The Gents and JJ Rosa and the kind of bon viveurs you’d find only at a Blooloop party.

The podcast below features Owen Ralph interviewing speakers and attendees for a flavour of the day:

Photos of the day courtesy of Picsolve can be found here: https://www.picsolve.com/bloolooplive/account/login

Projecting into the Future: The Dynamism of Museum Cinema 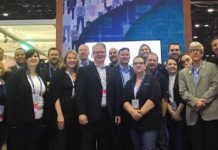