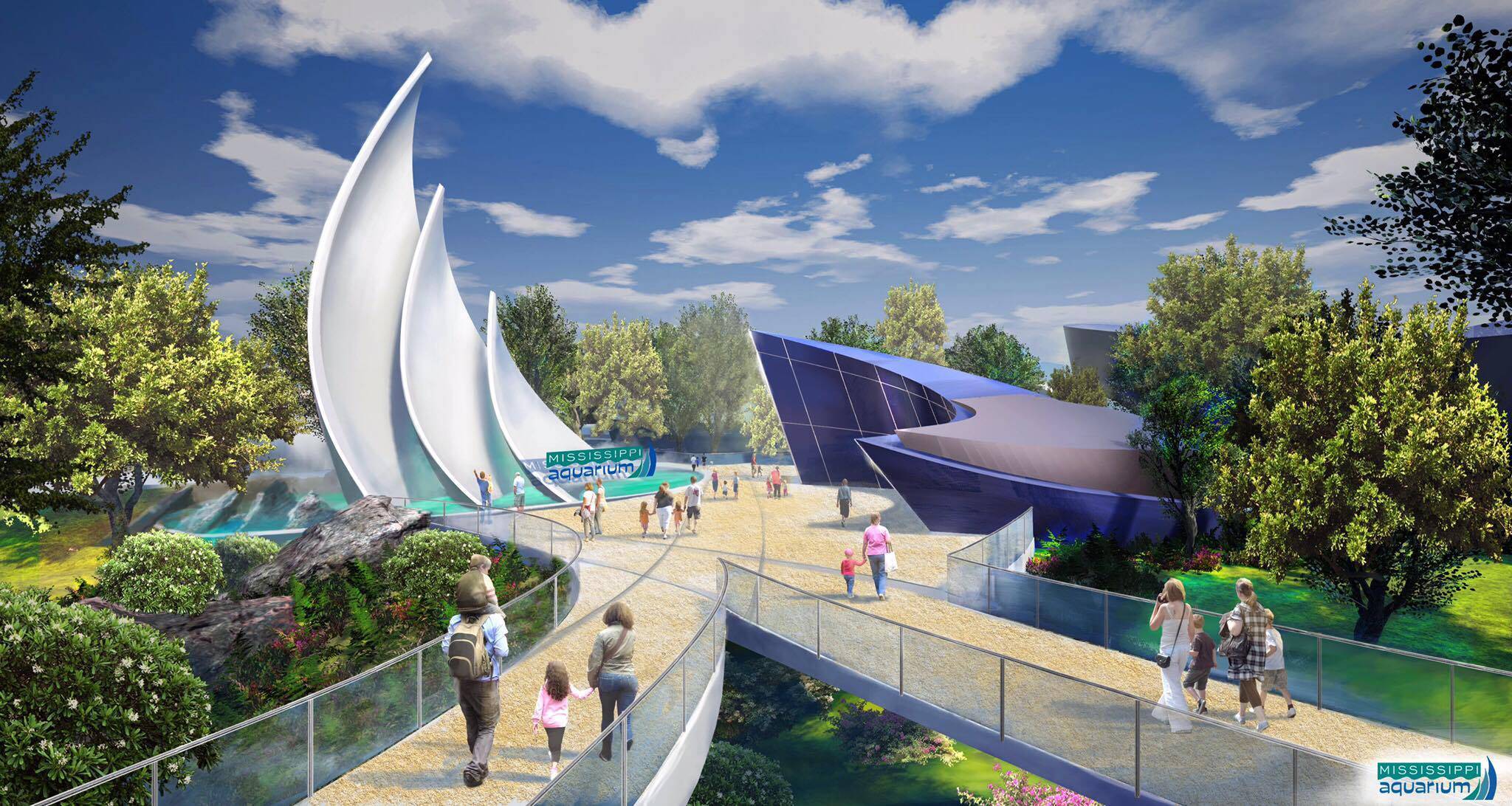 In 2017, work will begin on the $65 million Mississippi Aquarium in Gulfport, USA.

The scale and ambition of the new attraction is testament to the resilience of a region devastated by both Hurricane Katrina and the Deepwater Horizon oil spill.

“Our bread and butter is tourism, ” explains the city’s mayor, Billy Hewes, a driving force behind the aquarium. Mississippi Aquariumwill be designed to showcase the extraordinary, natural diversity of the Gulf Coast where freshwater meets saltwater.

He spoke to Blooloop about the project and its importance to the rebirth of Gulfport.

Gulfport is a coastal city in South Mississippi. It is the second largest in the state. It is known for its man-made beach, the longest in the world at approximately 27 miles.

The Wind of Change

Before Hurricane Katrina devastated the area in 2005, Gulfport had been home to an oceanarium complex, Marine Life. This dated from the 1950s and, while it lacked modern interactivity, was popular with tourists.

“Our community is a coastal community, and our bread and butter is tourism, and that was a pretty good draw, even as old as the facility was. We had an aquarium, and it was one of the focal points of our community, ” explains Hewes.

“After [Hurricane] Katrina, there was a desire to get back on our feet as quickly as possible. You take care of first things first: you make sure your kids are home and safe, people have a place to live and are back to work, and then you start building back. As we progressed and got back to our new normal, we started looking for family-oriented offerings and activities.”

Hewes grew up in the community, marrying and raising four children there. He has been in public service since 1992. Elected to the Mississippi legislative, Hewes served in a variety of capacities for the next two decades. He finished as the Mississippi Senate President pro tempore in the last term, 2008-2012.

“I’ve always been drawn to public service, whether it’s being involved with specific organisations or in elected office, ” he says.

He was an unsuccessful candidate for the office of Lieutenant Governor of Mississippi in 2011, and so, had what he calls ‘an unplanned sabbatical’.

“It was probably the best thing that’s ever happened to me, for a lot of reasons, but the best was it allowed me to spend some good quality time at home.”

There is a tradition of public service in the Hewes family. He is a descendent of Gulfport’s first mayor; his grandfather was a chancery judge, and his father served on the Gulfport City Council.

“The Mayor, George Schloegel, had determined he was not going to seek office again, and, being drawn to public service, I thought it might be an opportunity to serve my community in a new capacity.”

The Funding of Mississippi Aquarium

“Three years into that job, wearing this new hat, as far as resources are concerned, and having taken into the assessment where we’re strong and where we’re weak, it was pretty obvious to me that we had demonstrated that we can support an aquarium. And, from the family orientation standpoint, from an education and research standpoint, we could demonstrate a need for an aquarium here. And so we embarked on that course.”

(GoCoast 2020 serves as the official advisory body for allocation of monies received by the State of Mississippi under the RESTORE Act. This is a federal act. It directs that 80% of certain penalties assessed as a result of the Deepwater Horizon oil spill be directed to the five Gulf states impacted by the spill. It was created by Executive Order of Governor Phil Bryant).

“The City demonstrated its commitment to the project by committing 14 million dollars to acquire about 10 separate parcels of land. These were to make a 9-acre plus campus for this aquarium project. We thought it was important to show our commitment before we started asking anybody else for anything. I think this gave it leverage and credibility.”

The next step was to secure private sector commitment, which was achieved by adding a hotel to the complex. Another plan in the pipeline is to make the site a transport hub with bus transport and a tramway. These will take people around the immediate vicinity, as well as a bike share arrangement.

“After [Hurricane] Katrina, the city leaders at the time took 42 million dollars and totally redesigned our small craft harbour. There was utter devastation in the entire area, and so we had to recreate a lot, but what we brought about is the finest harbour on the Gulf of Mexico.

“I’m supposed to think and say that as Mayor, but we’ve had people from all over the Gulf, people who put on boat shows, who put on festivals, who come up with that same assessment as well. So, we’re very proud.”

The location for the new aquarium is a small bluff overlooking the harbour:

“… so there’s an adjacency there that is very attractive. Part of the aquarium design is to have an overpass over US Highway 90 to the Jones Park area. This is a beautiful green space, and then, of course, into the harbour proper.”

The aquarium will also be adjacent to the state port. This is currently undergoing a 500 million dollar expansion. It is also now home to the Point Sur, a research vessel purchased by the University of Mississippi from the San Jose State University Research Foundation.

The purchase agreement provides Southern Mississippi with a vessel that can be used to explore the Gulf of Mexico. Also for further research on the BP oil spill of 2010. The University is, therefore, interested in establishing a presence on the campus for an oceanographic research institute. This that would complement and benefit the aquarium.

“So there is a lot of synergy – a lot of opportunities, ” says Hewes.

Having forged partnerships with both the University of Southern Mississippi’s Gulf Coast Research Lab for marine science, and Mississippi State University’s veterinary school, the city has placed education firmly in the vanguard of the aquarium’s objectives.

The ground-breaking design is by St. Louis-based PGAV Destinations who were selected as designers in a competitive process by the Gulfport Redevelopment Commission.

The idea was to find a team extensive theme park expertise. But also with an in-depth knowledge of the aquarium industry. PGAV fitted the bill perfectly having designed, among many other projects globally, Ocean Kingdom in China, the world’s largest aquarium.

The concept that was adopted was created by PGAV working in conjunction with local firm Eley Guild Hardy Architects.

With a project like this, the aim is always to reconcile the twin functions of an aquarium. These are as a centre of conservation and education, and as a visitor attraction. It is important to acknowledge the need for the ticket leisure dollar that funds that conservation mission.

“We spent a lot of time talking about this, ” says Hewes. “Visitors should not come in and have some sort of static experience, that’s the last thing we want”.

“We want Mississippi Aquarium to be very entertaining, so when people leave, they say: I want to do that again. I can’t wait until I can come back. It can’t be sterile as an environment. It has to be very interactive.

“There are going to be lots of different offerings, and we’re going to try to maximise our money.

“It’s a unique design that PGAV have come up with. It will make us different from other competing facilities in the region. In fact, they say about economic development in general that we are re-engaging in ‘coopertition’; we’re competing, but we’re cooperative, as well.

“We think the Mississippi Aquarium is going to be something that is sufficiently unique and appealing aesthetically that we will be able to achieve that and still have a learning component with it, too.

“Part of the superstructure is going to be very iconic: reflective of our community, with a maritime feel.”

The builders and designers will create the new aquarium as a collection of separate buildings. A focal river feature runs through the campus, both indoors and outdoors. There are outdoor estuaries which are representative of the local environment as well as an interactive dolphin exhibit. Design concepts use the Gulf Coast Community Gallery and adjacent buildings as a background.

The design also features acrylic walls throughout for an immersive experience. These give visitors the impression of being underwater with the animals in their marine world.

There will be a touch-pool with a stingray exhibit, and an acrylic-walled shark exhibit to surround visitors is proposed.

“There will be birds, alligators, and the things that you find in the brown water. In the swamps and estuaries. Then you will have, of course, a large building that will have the main tank. That will be for marine life.

“Mississippi Aquarium is not going to be contained in a singular building, which we think is very appealing, as well. You can move from one building to the next and have a different experience in each one.”

“Just about a mile away from where this campus is, there is a bird sanctuary. Migratory birds flock to and utilise this as they fly north and south at different parts of the year. We have dedicated millions of dollars that we have received to rehabilitating and making that accessible to the public as well.

“There is a lot of focus right now on our estuaries and streams and waterways. This focus is on how they impact our environment, our culture and how we interact. So we’re going to be encouraging that at Mississippi Aquarium. We have a very proactive department of marine resources. They are a state agency and they have responsibility for working towards maintaining the health of our ecosystems on the marine side. They are very engaged with our community and they certainly will be engaged with us as well.

“It’s pretty neat. It’s a campus approach and very interactive. We think it will be reflective not only of the Gulf of Mexico but some of the estuaries and scenic byways that you find in the Gulf of Mississippi. So it will cover from brown water to blue water.

“We will be featuring a lot of different species. So while this is located in Gulfport we’re calling it Mississippi Aquarium, because it is for all our people, and for folks regionally. We’ve had a market assessment done, and we can sustain as high as half a million visitors per year.

“Our goal is to have this particular facility be self-sustaining.

“Mississippi Aquarium will be a much-needed addition to our coastal tourism offer and, I think, our coastal economy.”

After the devastation of Hurricane Katrina, the wind of change is undoubtedly blowing through Gulfport. 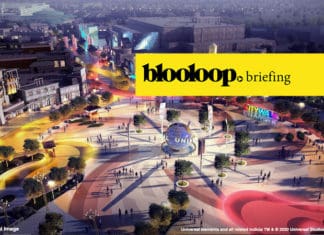