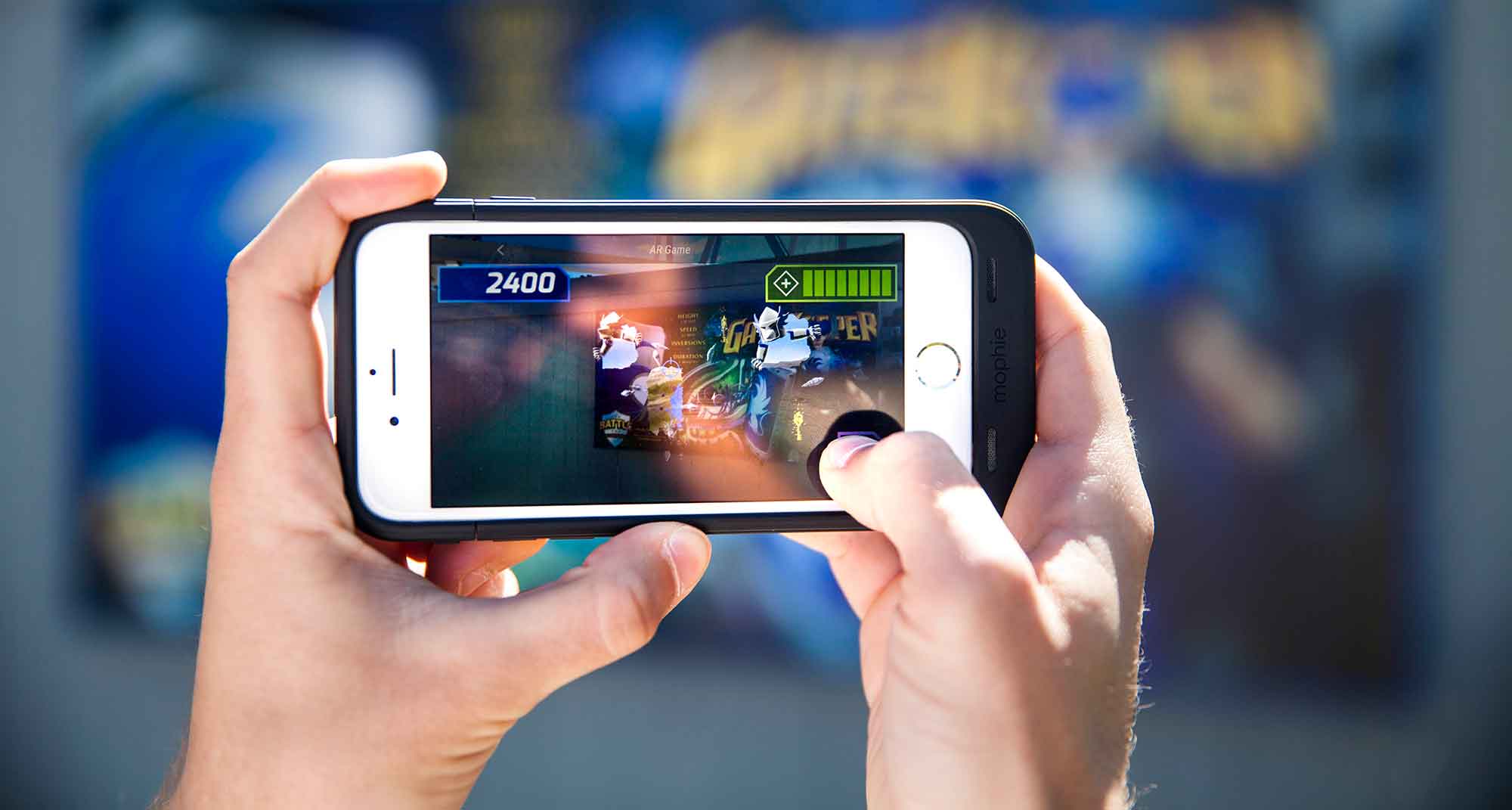 After the debut of the Battle for Cedar Point last season, Cedar Fair has rolled the game out to a second of its US parks this summer, with the launch of The Battle for Kings Dominion. Blooloop discovers how this augmented reality app should keep both guests and management happy at Kings Dominion.

Whether they are waiting in line to ride, or having something to eat, downtime now becomes playtime for guests at this popular park in Doswell, Virginia, just as it did last season at Cedar Fair’s flagship property in Ohio. 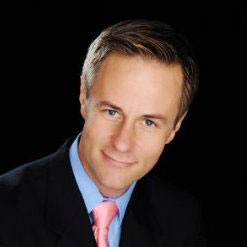 “We are always looking for ways to make the guest experience more fun,” says Christian Dieckmann (right), corporate vice-president of strategic growth at Cedar Fair, parent company of both parks. “We learnt a lot from the launch of The Battle for Cedar Point last year. We have introduced an enhanced version this year at both parks. This is based on insights gleamed from watching how our guests interacted with the game. They really engaged with it but wanted more to do in the queue lines, more dynamic gameplay and more customisation.”

The Battle for Kings Dominion, launched this June, is the latest example of what its creator Holovis calls its Extended Experience concept. Promoted in the park and downloadable to players’ phones for free, it “gamifies” activities guests are already doing. For example, they can collect points for riding rollercoasters, miles travelled or the number of inversions they endure.

Five of Kings Dominion’s key attractions are transformed into “coaster alliances” – avatars. These are Dominator, Flight of Fear, Intimidator 305, Avalanche and Volcano.  These are depicted in the app in the form of a battle shield. Each alliance has its own personality and narratives. For example, there is a Transformers-style robot for Intimidator 305. There is also a cute, kitsch and slightly menacing (if it’s possible to be all three) Yeti for Avalanche. At Cedar Point, the coasters featured are Millennium Force, Valravn, GateKeeper, Top Thrill Dragster and Maverick. 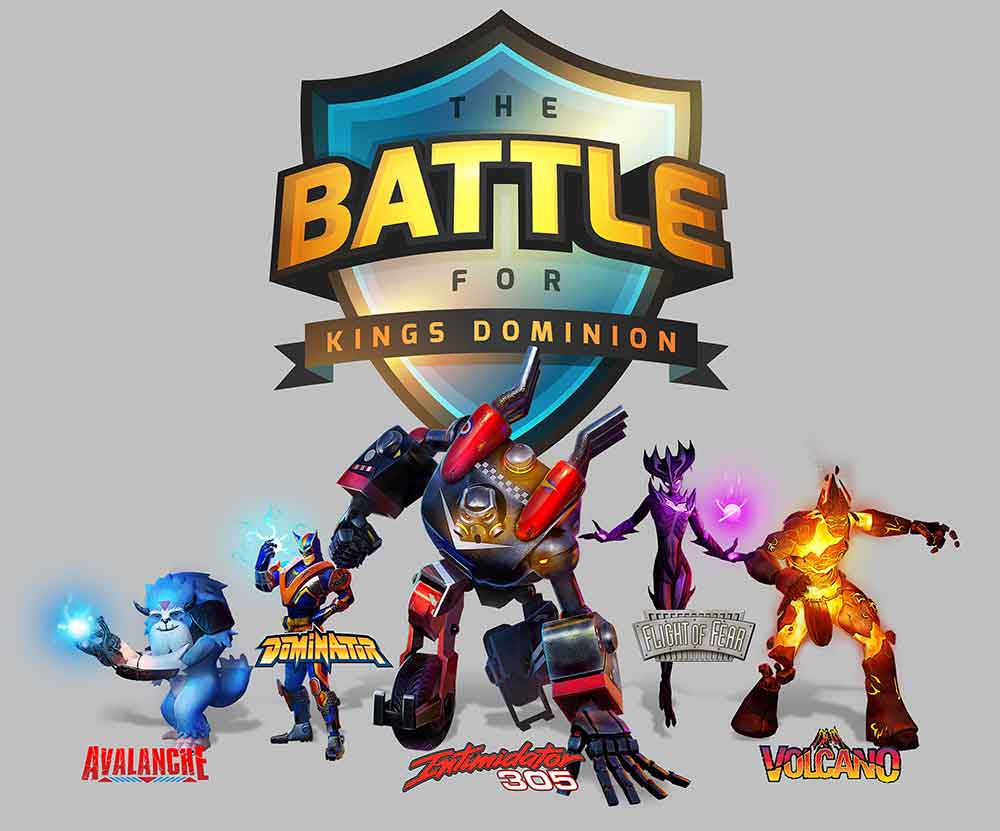 The characters of The Battle for Kings Dominion

After choosing their allegiance, guests compete against each other in an attempt to defeat the other alliances. Players can also create their own avatar which can be used to progress through different levels of the game across multiple visits to their chosen park. Each player’s effort contributes to the overall contest, which is announced at the end of the day. Guests can also play mini-games such as coaster trivia quizzes in the queue line, and enjoy a broad range of augmented reality (AR) experiences. These can then be shared with friends on social media.

“The app allows people to record snippets of video, enhanced with augmented reality – similar to filters on Snapchat but tied to specific signage in the park,” explains Dieckmann. “Players appear to have a lot of fun sharing these moments and it definitely helped create buzz for Cedar Point last season, marking us as a true innovator in the amusement park industry.”

A game for teens and millennials (and mom and dad too)

Dieckmann says the target market for the app is teens and millennials. That’s because they “tend to be big enthusiasts for mobile gaming and technology-driven experiences. That being said, there are so many different things to do in the game that we think it will appeal to parents and small children, too.” 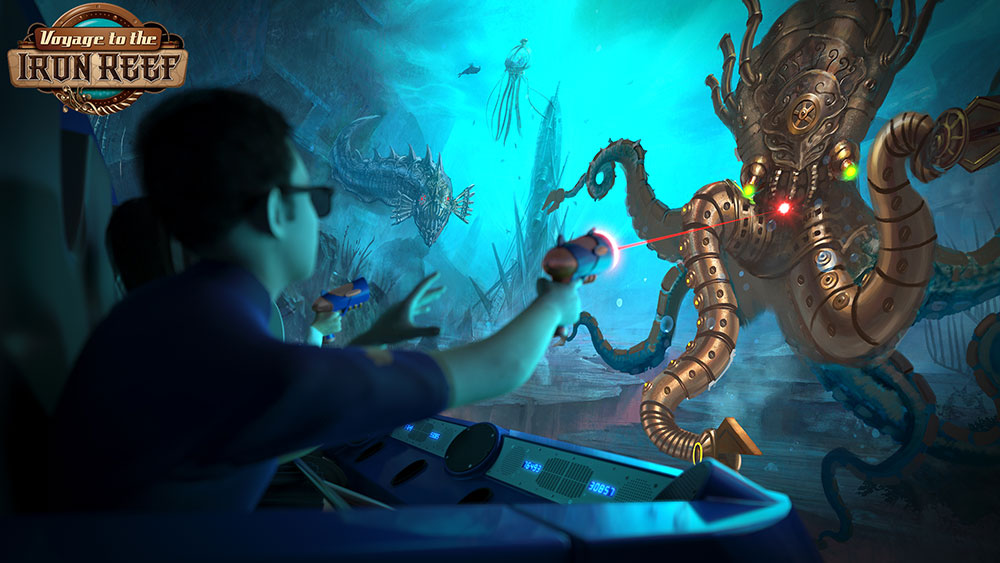 Voyage to the Iron Reef at Knott’s Berry Farm

The man from Cedar Fair, who might be a little outside that key demographic himself, is a keen player of the game.

“I played a lot, and I mean an excessive amount, during the testing phases. So I’ve gotten pretty good,” he tells us. “I love showing off the app to people whenever I get an excuse. I always pull out my phone to play when I’m at one of the parks. My favourite feature that we’ve added to the new version is definitely the augmented reality games. You point your phone at a poster in the queue line while you wait to ride and it comes to life, with monsters climbing out to attack you. It’s a blast and is very visible to others waiting in line, which is a great way for new prospective players to get exposed to the game.”

For now, The Battle for Kings Dominion is free to play at both parks. Cedar Fair is currently assessing how it enhances the guest experience and contributes to their desire to return and play again. Dieckmann will not be drawn on if it will be rolled out to any other properties in the company’s 11-strong chain of parks in North America.

Certainly the game has helped enliven the day further for those who have engaged with it so far at Cedar Point and Kings Dominion. Follow the social media hashtags #BattleForCP and #BattleForKD to see some of the guest feedback.

Cedar Point also benefited directly last season from sales of The Battle for Kings Dominion merchandise. This included an AR-enabled T-shirt. This can be brought to life using the app and special pins tied into in-game achievements. Park management reported higher than expected demand for these items, and hopefully sales will be strong at Kings Dominion too this season.

Extended Experiences – the future of entertainment?

The Battle for Kings Dominion was created by Holovis in the UK together with the Holovis Media Team of character and concept artists, animation experts, audio engineers, graphic designers and coders working closely with technical and operations staff at C

“Extended Experiences are the future of entertainment,” claims Holovis vice-president of  development, Amy Steele. “Every element is connected together, allowing guests to discover hidden narratives and gamify what are traditionally passive moments. Everything now becomes a chance to connect with other members of the park. Guests can also share their moments with their wider community on social media. One thing we noticed is that people are still interacting with the app when they get home. So we have built in more features so the game play can continue as they prepare for their next visit.”

Whether it’s Extended Experiences like The Battle For Cedar Point/Kings Dominion or interactive rides such as Wonder Mountain’s Guardian at Canada’s Wonderland or Voyage to the Iron Reef at Knott’s Berry Farm, Cedar Fair has been very active in introducing interactive gaming into its parks in recent years. 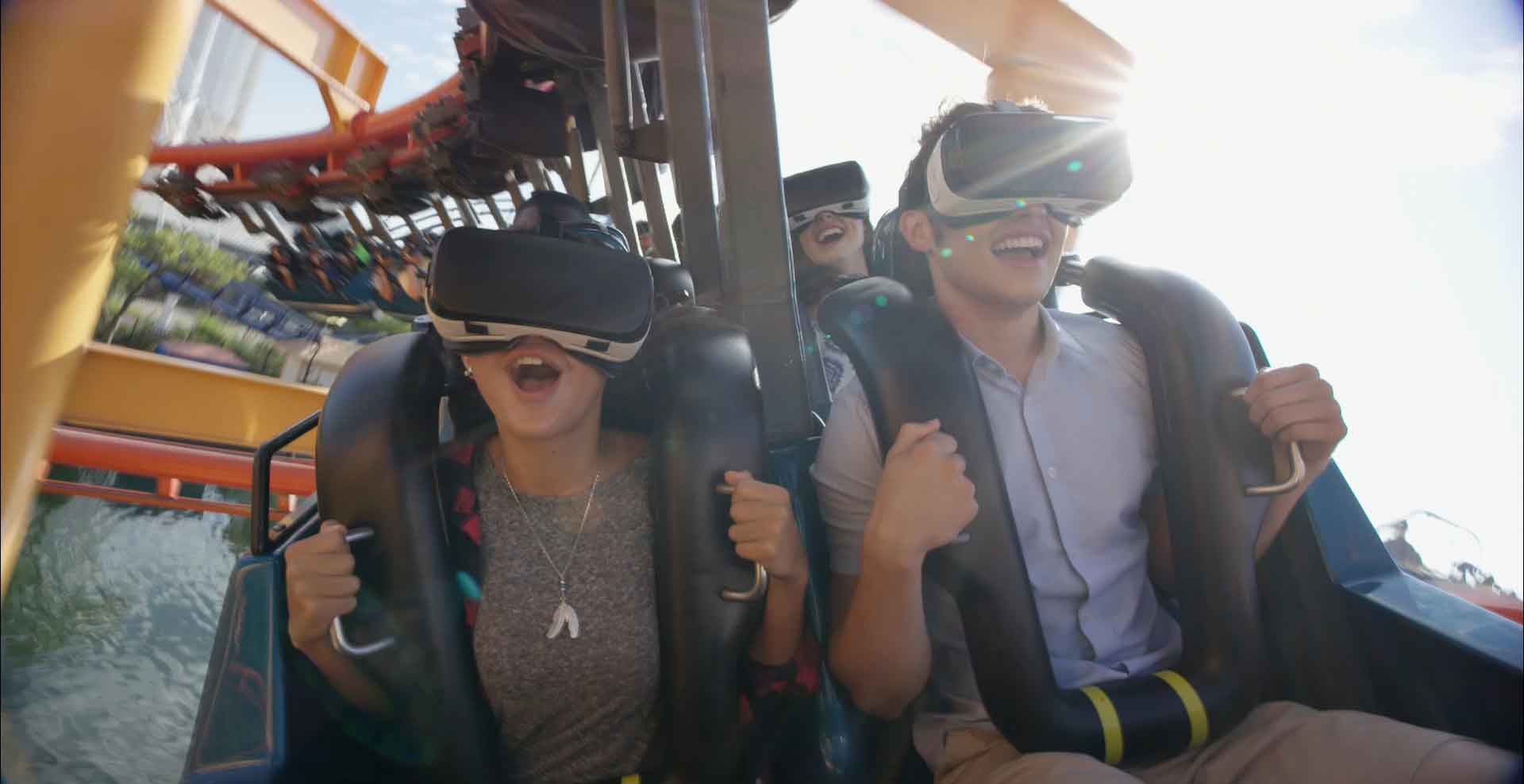 This summer, Cedar Point is also offering a virtual reality (VR) experience on Iron Dragon. This is a 30-year-old suspended coaster from Arrow Dynamics. By day, guests can ride as normal and feel the breeze in their face. After 6pm, and when the park is open until 10pm or later, out come the VR headsets.

Cedar Fair’s VP of strategic growth is excited about some of the opportunities on the horizon. He suggests AR will have a further role to play in the park group’s plans.

“There is still a lot of potential to further exploit geo-location and mobile phone-based augmented reality in a theme park. Devices will get much better at digitally mapping the surrounding environment. This will enable the placement of virtual objects within a physical environment. Imagine the whole theme park appearing to come alive around you! And and there may be ways to extend the experience to the home before or after the visit.”

For those guests that are truly engaged with the technology, Dieckmann promises, in conclusion, that Cedar Fair will let them “go as far down the rabbit hole as they desire. We intend to keep innovating on every front.”