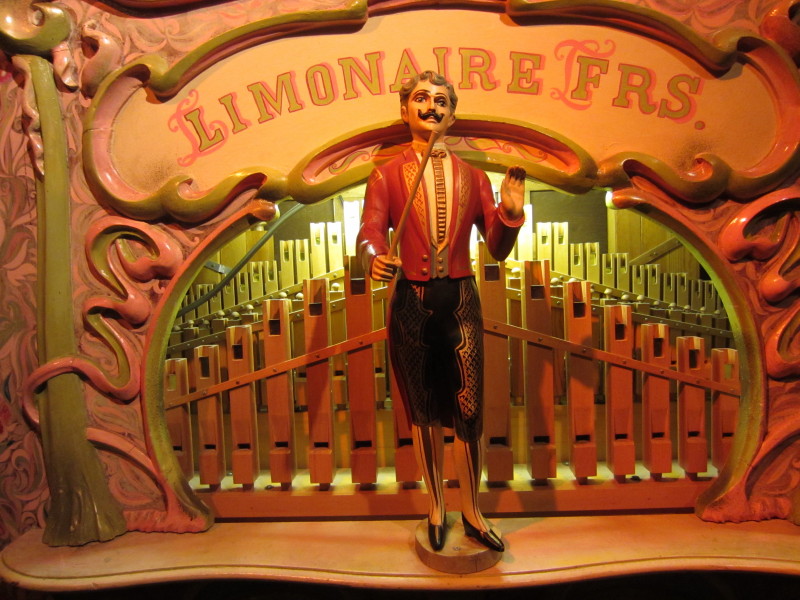 The Euro Attractions Show 2013 (EAS) which was held 24th to 26th September in Paris, was judged a huge success by the organisers, The International Association of Amusement Parks and Attractions (IAAPA).

The show also treated delegates to a memorable gala dinner at one of Paris’ lesser known but most charming attractions, the Musee des Arts Forain.

Held at the city’s Porte de Versailles Convention Centre, the event saw 393 exhibitors from over 40 countries showcasing their products and services to 8, 500 industry professionals, including almost 6, 000 registered as buyers.

Attractions owners and operators from across Europe and many from across the world saw new products and innovations from many of the industry’s leading players.  State of the art technology in game and attraction design, new developments in cinema and dark ride attractions and waterpark and ticketing systems were all highlights of a busy week on the trade show floor.

The conference sessions were popular, with over 1500 attendees (25% up on last year) hearing from experts and operators from major attractions across the region about key issues and developments. Highlights included:

For many, the most memorable part of the week was the EAS Opening reception. Tipped off by Tony Whitaker at Elton Games – the company works with the museum – IAAPA Europe had booked The Musée des Arts Forains at Paris-Bercy for the evening.

This private museum was created by Jean Paul Favand, an actor and antiques dealer and opened in 1996. It  is a magical and unique collection of fairground and

amusement park games from the second half of the  19th and the first half of the twentieth century.   Laid out in three themed rooms,  “The Venetian Lounges” (Les Salons Vénitiens), “The Theatre of Marvels” (Le Théâtre du Merveilleux) and “The Fairground Art Museum” (Le Musée des Arts Forains) it has a very French , leafy boulevard area in  between.  The private collection boasts 14 amusement rides, 16 fairground stalls and lovingly restored attractions, many of which are of historical significance.

It was such a beautiful venue, there was such a lot to look at and do and so many games to play the only viable criticism I heard was that with such a good time to be had there was little time to actually mingle!  As the event was (technically) business, surely networking was the raison d’etre non? As LCI Production’s Rob Paul said, “The best Opening Reception of any IAAPA or corporate function I have ever attended.”

The Elton Games team were rightly proud of their work as three of their games, including the “racing waiters” were a constant hub of activity throughout the evening.  Another was the star attraction in a gorgeous show in a separate room, a fusion of Mozart, Venice, midway gaming and projection technology.

Further events took place during the week, including those hosted by the Themed Entertainment Association (TEA) and the Association of Amusement and Leisure Equipment Suppliers of the United Kingdom (ALES) together with  IAAPA-organised tours around Disneyland Paris, Parc Astérix, Puy du Fou and Futuroscope .

The word on the street

Working together seemed to be a theme at EAS for UK companies.  We noted some interesting partnerships to watch out for:

Robocoaster and Simworx shared a booth and are working together on a new series of new rides.  Blooloop can’t wait to try them out – watch this space.

Holovis have teamed up with BARCO and projectiondesign to produce the MotionDome™ immersive gaming experience, unveiled at EAS.  With a motion platform from Garmendale Engineering Ltd, the demonstration model on the booth was pretty cool, especially after an aquavit supplied by projectiondesign!

WhiteWater gave a sneak preview of Slideboarding, one of the new concepts from Apptivations still in the preliminary design phase, which will bring interactive gaming to waterslides.  Riders will play by manoeuvring a “console” over targets on the slide to win points.  The shape of things to come?

Again, on the theme of interactivity but in a low tech sense, Airquee were exhibiting a simple and neat idea for inflatables: balancing balls on vents in the inflatable to create a game.

Polin Waterparks go from strength to strength, exhibiting a model of the rides (which will be Ben10 themed) for the much anticipated Cartoon Network Amazone waterpark.

Blooloop had a little competitive fun playing Namco’s Pac-Man Smash multi-puck air hockey game, featuring a bonus round with lots of little pucks dropping down onto the table for a frenzied quick-fire free for all.

American Wave Machines, the surfing simulator experts, reported some exciting projects in the pipeline and are very confident about the growing trend for surf parks.

Not sure how useful this is but Flogos caught our attention.  Write your message or logo in foam and send it floating into the clouds.  Why?  No idea, but it is a greener option than helium balloons.

Show’s Over, Nothing to See

And so another EAS ends, and after a decade the event continues to grow and develop. The European market is vibrant and strong.  If not experiencing the rapid growth seen in Asia, it is nonetheless a thriving marketplace with innovation and a desire to push the boundaries in visitor entertainment at its heart, and the EAS provides a great annual meeting place for thousands of industry professionals.  Congratulations must go to the IAAPA Europe team – Karen Staley and Jakob Wahl -for putting on such a great week.

Next year’s event will take place at Amsterdam’s RAI convention centre , 23rd to 25th September.  Crossing my fingers for an evening function at the Van Gogh Museum.

How Toverland Enchants its Audience with Music 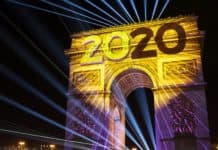