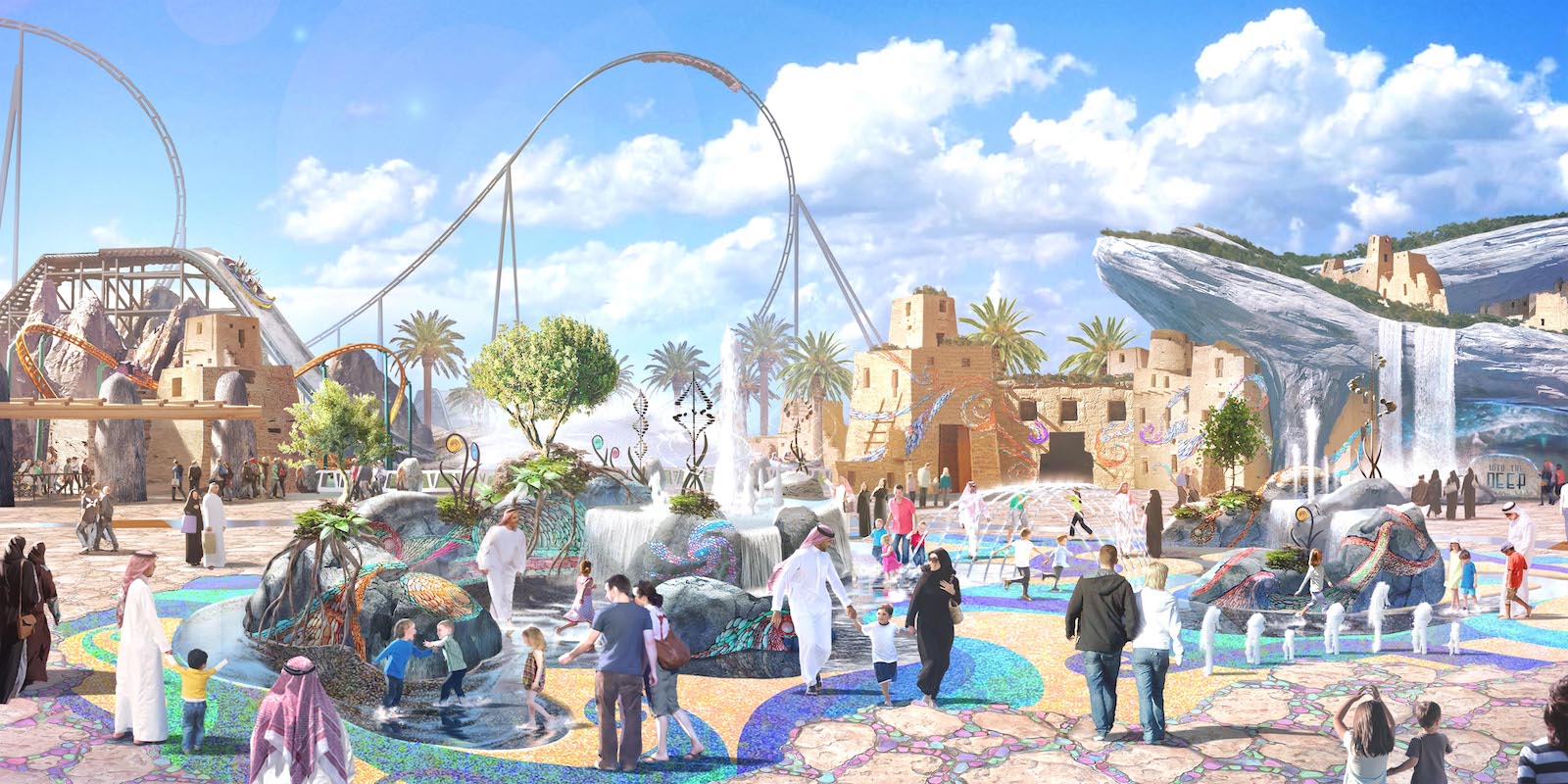 From Qiddiya to NEOM, Saudi Arabia is creating a host of attractions as part of Vision 2030. The plan aims to diversify the economy in order to reduce the country’s reliance on oil. As the country develops its tourism and recreation sectors, we look at some of its giga-projects and biggest investments.

The Public Investment Fund (PIF) is a sovereign wealth fund owned by Saudi Arabia. It has been tasked with developing the giga-projects

The PIF programme is one of twelve vision realisation programmes in Saudi Arabia’s Vision 2030, which revolves around three pillars. Firstly, a vibrant society. Secondly, a thriving economy. And finally, an ambitious nation.

The giga-projects are designed to stimulate the economy. They will become integrated economic ecosystems. In addition to this, they will be places of inspiration, discovery and engagements for millennials.

Each one of these giga-projects will also generate high financial returns. The projects currently include Amaala, NEOM, the Red Sea Project, and Qiddiya. 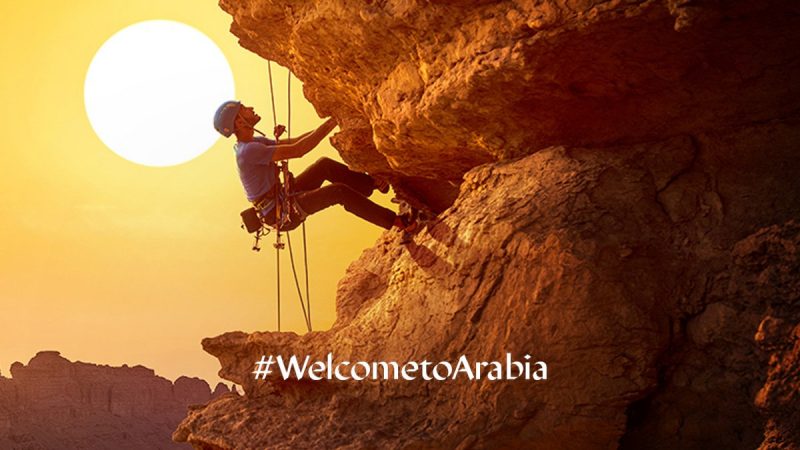 The country has plenty of smaller – but still major – projects in the works, too. These include investments from SEVEN, Cinépolis, Majid Al Futtaim and the Al Hokair Group.

Many of Saudi’s upcoming giga-projects are likely to achieve international recognition. Furthermore, thanks to a new tourist visa system, visiting the country should be easier and more affordable for many foreign nationals than ever before.

Qiddiya will be bigger than Walt Disney World

One of the biggest giga-projects is Qiddiya. This is strategically located close to Riyadh and covers an area of 334 square kilometres. It will become Saudi Arabia’s iconic entertainment destination and the world’s largest entertainment city – even surpassing Walt Disney World in Florida.

Qiddiya has been divided into five development areas. These are Resort Core, City Centre, Eco Core, Motion Core, and the Golf and Residential Neighbourhood.

Visitors will have access to more than 300 facilities, including theme parks, water parks and a sports city. It will also include nature and adventure activities, events and cultural attractions.

In addition to this, it will boast shopping outlets, food and beverage strips, a performing arts theatre, multiplex cinema, aquatic centre. There will also be a motorsports facility called Speed Park.

What’s more, Six Flags Qiddiya will be the largest and most expensive Six Flags so far. It will boast 28 rides and attractions. This includes the world’s tallest, longest and fastest roller coaster.

NEOM is ‘the land of the future’

Next up is another giga-project called NEOM, which was announced in 2017. It has had a $500 billion investment from the Public Investment Fund. The futuristic mega-city is billed as ‘the land of the future’ and will be 33 times the size of New York City.

Overlooking the Red Sea and the Gulf of Aqaba, NEOM occupies an area of 26,500 square kilometres, along with a 468-kilometre waterfront.

Saudi officials describe NEOM as “the world’s most ambitious project”. It includes land within the Egyptian and Jordanian borders. This makes it the first private zone across the borders of three countries.

Access to the Red Sea is also a major feature of NEOM.

‘The world’s best place to live’

With this project, Saudi aims to create ‘the world’s best place to live’.

In #NEOM 50 km south of the city of Haql, on the coral reef near the beach, lays a famous shipwreck known among locals as the Saudi Titanic or Safinat Haql, where the shipwreck surroundings offer an incredible snorkeling experience.#DiscoverNEOM pic.twitter.com/86rYwteBE0

NEOM’s innovative features include holographic teachers for classes, glow-in-the-dark sand, and a giant artificial moon, What’s more, artificial clouds will produce rainfall, and there will also be a Jurassic Park-style island for tourists – complete with robotic dinosaurs.

“The strategy of developing NEOM Bay will rely on four key pillars, with sustainability at the heart of the project,” Al-Nasr said.

“The first is to provide a living experience and an ideal quality of life for families. The second is to create a high-end lifestyle and a luxurious tourist destination. Finally, the third and fourth pillars are to support both innovation and creative centres.”

Another of Saudi Arabia’s giga-projects is the Red Sea Project. This luxury tourism experience features many natural wonders.

The attraction will be developed over 28,000 square kilometres of land on Saudi’s west coast. It includes an archipelago of more than 90 islands and lagoons. This is surrounded by coral reefs, desert canyons, and dormant volcanoes, as well as archaeological sites.

The first phase of the development will open in 2022. It will feature luxury and hyper-luxury hotels, unique attractions and residential properties. It will also include marinas, an airport, and leisure and entertainment amenities.

We're excited to announce that we've awarded a contract to @EarthCam for a time-lapse photography system to document construction progress at 13 onshore and offshore locations at our destination site. Read more: https://t.co/3Sw0CPwkIn

The first phase of the project is underway. The construction of a 3.3-kilometre crossing to the main hub (Shurayrah) has started, as has development at the Coastal Village. This will house approximately 14,000 workers.

The Red Sea Project will complete in 2030.

Amaala, the Riviera of the Middle East

In 2018, the Public Investment Fund (PIF) of Saudi Arabia also announced plans for Amaala. This is an uber-luxury resort with a focus on wellness, healthy living, and meditation.

Located on the north-western coast of Saudi Arabia, some call Amaala the Riviera of the Middle East. The initial funding will be provided by PIF.

Nicholas Naples, CEO of Amaala, said: “The Amaala experience will be enhanced by its setting, spread across beautiful, untouched natural sites.

Not just for a season, you'll be able to enjoy #AMAALA year-round. pic.twitter.com/YysQQsUf8S

Amaala will feature luxury hotels and villas, a retail village, and an academy of the arts. All surrounded by scenery, mountainous landscapes and coral reefs.

In addition to this, it will include marinas and a yacht club, as well as retail establishments, galleries, and F&B.

Amaala launched in September 2018 and is on track to complete in 2028. The project covers 3,800 square kilometres across three sites.

AlUla covers 22,561 square kilometres. It will become an open-air museum and Saudi’s cultural capital. The development will, therefore, include cultural sites, museums and wildlife reserves.

Plans also include a luxury resort designed by French architect Jean Nouvel, set to open in 2023. It will be located in the mountains of AlUla, within the Sharaan Nature Reserve. The resort will include a summit centre, residential estates, restaurants, and a spa.

In addition to this, AlUla will be home to a world-class museum on Arab civilisation and culture, as well as a research centre and university.

Saudi’s Royal Commission for AlUla (RCU) is working alongside the French government agency Af-Alula on the project.

We celebrate the Saudi 89th National day by work on the future of #SaudiEntertainmentVentures projects to contribute to the development of the infrastructure of the entertainment sector pic.twitter.com/uiCLcX7kTP

As well as Saudi Arabia’s giga-projects, the country has many smaller projects (still worth billions) on the go. Saudi Entertainment Ventures Company (SEVEN) has an initial budget of $2.7 billion to spend across multiple sites nationwide.

Backed by the Kingdom’s Public Investment Fund, SEVEN has started revealing some of its plans. This includes 20 family-friendly entertainment destinations, including a 100,000 square-metre complex in Riyadh, and 50 new cinemas. These will be the first public cinemas in the country for 35 years. SEVEN is also creating a second mega entertainment hub in Riyadh.

The company previously announced plans for several projects in Saudi’s Eastern Province. These will include:

Leading the effort at SEVEN is CEO and former Disney executive, Bill Ernest. “We want to build a product that is a natural draw for the community,” he says. “We want these places to be full every day, not just at weekends. You do that by entertaining multi-generations.”

Vox Cinemas, which is owned by Majid Al Futtaim, has also pledged $500 million to build 600 screens in Saudi Arabia.

Over the next four years, VOX wants to add an average of 150 screens per year in the country through to 2023. Then, it aims to reach a total of 600 screens.

More cinemas in the Kingdom from Cinépolis 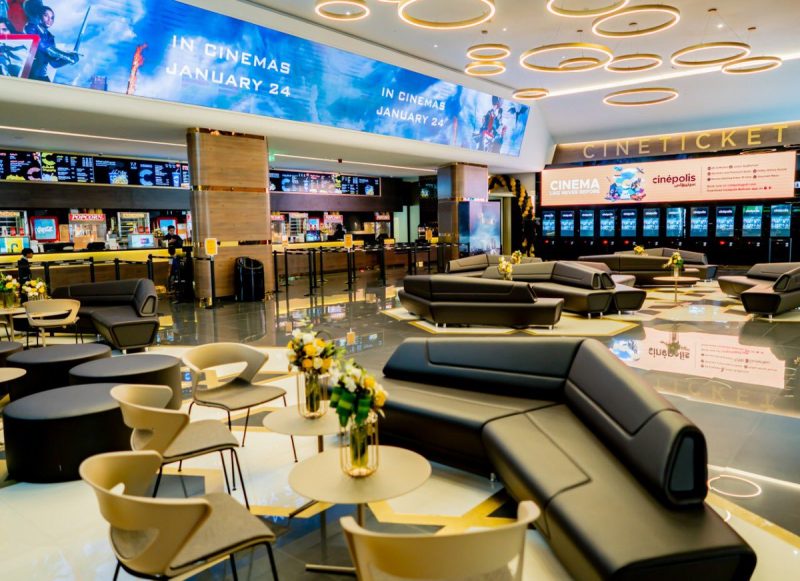 Latin American cinema operator Cinépolis is also investing more than $300 million in Saudi Arabia. The company will launch six new movies complexes with 63 screens over the next two years.

In June, a spokesperson for Cinépolis Gulf said: “We are proud to be contributing to the Kingdom’s Vision 2030. We hope to provide movie-goers with unrivalled experiences as Saudi Arabia increases its culture and entertainment offering.”

Cinépolis locations in Saudi will include luxury auditoriums with reclining seats and maître d’ call buttons. They will also house Macro XE, 4D Emotion, and ‘unrivalled’ F&B and technology.

And even more entertainment in Riyadh

In addition to this, Saudi Arabia has also launched four entertainment projects worth $23 billion in Riyadh. These are King Salman Park, Sports Boulevard, Green Riyadh and Riyadh Art.

King Salman Park will have gardens, a labyrinth, and a bird and butterfly conservatory. It will also have an arts section with a theatre and an open-air theatre. There will be cinemas, seven museums, an entertainment games area and a water sports section.

Whetting the public’s appetite for entertainment

A series of pop-up carnivals will appear across the Kingdom over the next five years, paving the way for the giga projects and giving many Saudis their first taste of outdoor entertainment. This follows the awarding of a five-year contract by the General Entertainment Authority to The Mellors Group from the UK.

This began in October with Riyadh Winter Wonderland which continues until mid-January 2020. The event features some of Europe’s largest transportable amusement rides. It also includes an escape hotel, glow garden and the biggest ice rink in the Middle East.

In some instances, the rides and attractions will travel up to 1,500 kilometres between cities. At its peak, around 700 trailers will work to transport the mobile theme park.

How to travel around? Hyperloop…

Finally, if all of these giga-projects weren’t enough to whet your appetite, here’s another one for you. Saudis are also set to travel around via Hyperloop by 2020, according to the VP of Virgin Hyperloop One in Arabian Gulf.

Hyperloop will stop at various destinations, including Qiddiya, Neom, Riyadh, and Jeddah.

Earlier this year, Saudi Arabia decided to open its doors to foreign tourists for the first time. Tourism Minister Ahmad al-Khateeb described it as a “historic moment” for the country. “Visitors will be surprised… by the treasures we have to share. We have five Unesco World Heritage Sites and vibrant local culture as well as breathtaking natural beauty.”