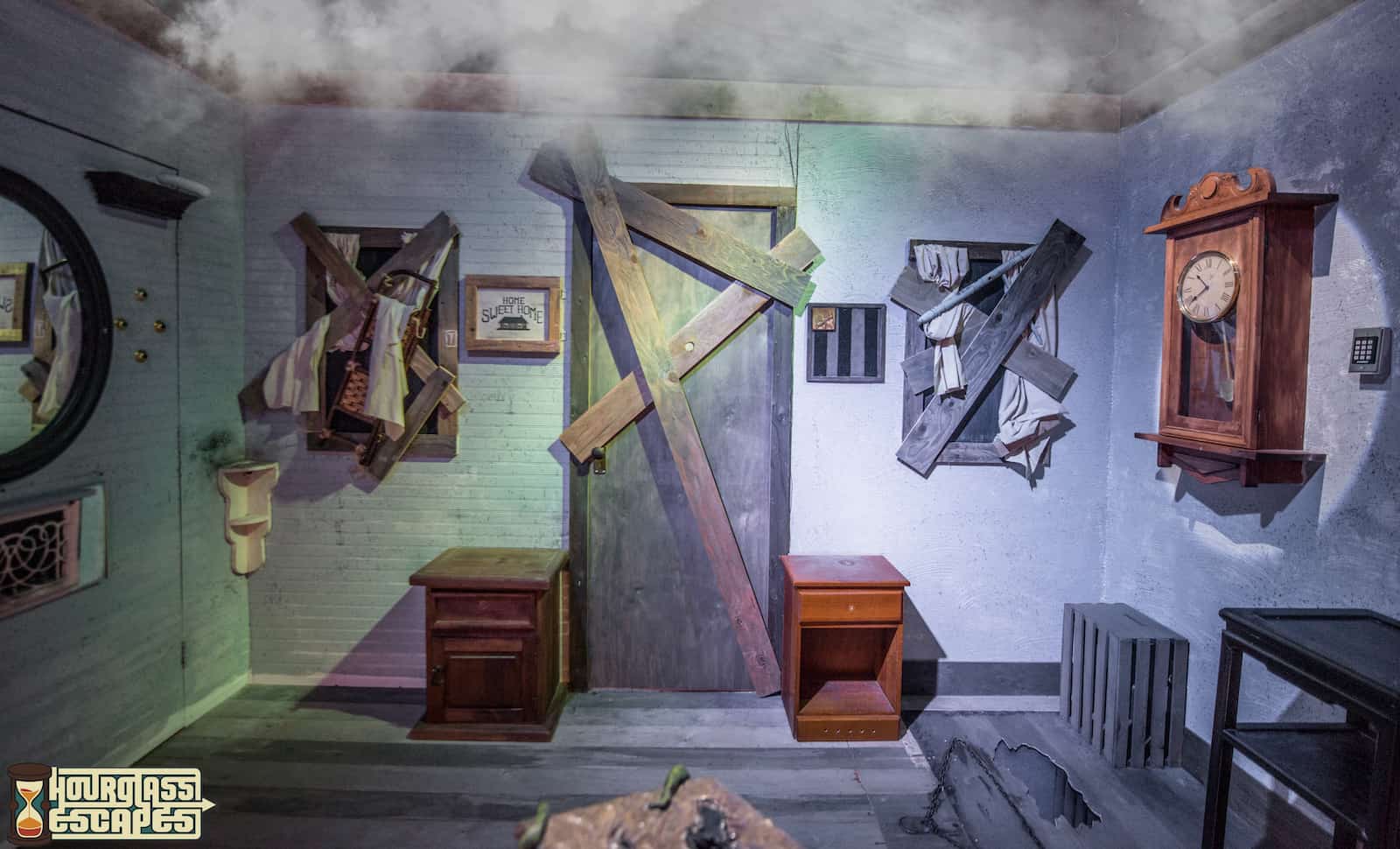 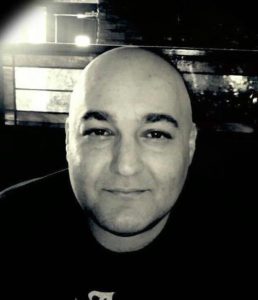 Hourglass Escapes is known for its officially licensed ‘Evil Dead 2: Dead By Dawn’ escape room, which received more than 100 five-star reviews on Yelp and Tripadvisor. The company is headed by Seth Wolfson.

Blooloop spoke to Wolfson the day before Hourglass Escapes opened up to the public after the COVID-19 lockdown. He talked about the company, its development, and how it has pivoted to offer online experiences during the coronavirus pandemic.

“It’s absolutely bonkers here,” he says. “We just had a beta test on Zoom. One of the things we have done is to pivot our business model, changing over to a remote Zoom version of the escape rooms. So people can play from anywhere in the world.”

It was someone in Florida who came up with the idea, creating an online inventory system, and using Zoom to play escape rooms:

“He talked to us and helped us set up an inventory system for our Evil Dead 2 game. We converted it into a model where up to six players in different parts of the world can come in on Zoom, playing together at the same time.”

“We’ve had groups of friends where some are in New York, some are in London, some are in Ireland, at the same time in one game. It’s been pretty wild, and, for us, it’s been a lifeline.”

It was an immediate success and has been rated the best remote game in the US, as well as one of the best in the world by multiple reviewers.

“It has been incredible,” Wolfson says. “But we were in a situation where we had no choice.”

Adapting to the pandemic

When the COVID-19 pandemic struck, Wolfson, who had had an organ transplant and is immune suppressed, took a while to adapt to the situation.

Tickets on sale for the Live Video Escape Room Evil Dead 2™ Play from the comfort and safety of your home! Up to 6 players and you can all be anywhere in the world on 6 computers. pic.twitter.com/17MCB784Xo

He knew that the company – which has a sizeable number of employees – could go out of business. Or, it could find a way to adapt, and survive:

“It was then we found this guy doing things online, and helping people. Because Evil Dead is licensed, it can’t just be thrown together. We decided that if we could do it right, we’d do it. If not, we wouldn’t, and we’d deal with the results, business or no business, of our decision. But we knew we could only go ahead and do it if it was really good.”

In the end, they decided to try it.

“We got lucky that it worked and people really liked it. We’ll continue with the Evil Dead 2 game while we have the licence, until the end of the year, and then we’ll keep going with our Ghostly Galleon escape.”

At the time of speaking, Wolfson had just tested the Ghostly Galleon game:

“We open it on Saturday; people are already booking, and it’s kind of a whirlwind. Once we started transitioning to this business model, I have been doing 15-hour days, seven days a week. There has been no income for me, per se. But it’s keeping folks employed, and keeping the lights on.”

“It’s also humbling. I have these great employees putting their heart and soul into the project. They are working weird hours, or emailing me in the middle of the night to say, ‘I have an idea how we can do this…’

A background in make-up effects 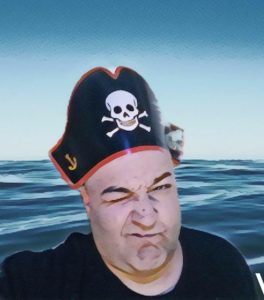 Before starting Hourglass Escapes, Wolfson’s background was in makeup effects for the film industry:

“When I was a little kid, I even went to a movie-making camp in my hometown outside of Philadelphia. I did makeup effects for years. I worked on both low budget and bigger budget films and assisted as a makeup artist with some better, older and wiser people. Eventually, I moved to Orlando, Florida and got into the theme park industry.”

He did scenic and animatronic work for Universal Studios, and then made wax figures for Ripley Entertainment museums.

“We left Florida then,” he says. “It just was too hot, and there’s not a lot of work. I bopped around New York City teaching makeup effects. I also did medical prosthetics for a while.”

The world of escape rooms

Ten years ago, he found a job in Washington making surgical simulators as a sculptor and mould maker. Then, four years ago, he had his first escape room experience.

“It was one of the first escape rooms in the country. It was fun, but, because it was such a new concept,  it looked very homemade. There were goodwill props, poster boards with paint pens, electronics built inside cardboard boxes.”

“I played it and thought that I could make something that looks better. My roommate at the time was a board game designer. Plus, I had another friend who played a lot of board games with us. Together, we came up with our first game, Rise of the Mad Pharaoh.

“It centres around a big sarcophagus that has all these secret compartments. We made it take place in an antiquities office because it was easier for us to afford to make an office than an Egyptian tomb.”

The game was successful, says Wolfson.

“That one got really well rated. It was a single room game and secretly very high tech. A lot of people equated it to The Room, which I had never played at the time. [The Room is a puzzle video game developed by Fireproof Games, originally developed for the iOS platform and released in September 2012. The Android version debuted the following March.]

“People dug it. It was humbling to have people look at this thing I made and go, ‘Oh wow, this is great.’ We gave people characters to play. We wanted something, a little different. Once in a while, people would show up in costume, and it was really cool.”

Hourglass Escapes was, at this point, testing the water with this game, he says. “We had a really small space at the time. The building was costing us $500 – 600 a month rent because it was going to be torn down in a year.”

When the game was well-received, the team moved premises to their current location, a larger building in downtown Seattle.:

“We opened up Rise of the Mad Pharoah here, and we also opened our Tales of the Ghostly Galleon game, which we had revamped. In fact, we have just revamped it for the third time. Every time we can afford to, we improve it a little bit. So we had two games for the first year here.”

Eventually, Hourglass Escapes got the license for Evil Dead 2 and built the game.

Wolfson says: “That’s where everything really took off. I worked on the Evil Dead game when we first opened, just for myself but I never expected to do it for real. I have a lot of friends in the film industry and I told them about the idea.”

Those friends encouraged Wolfson to explore obtaining the rights.

“So I got a crew together to make a pitch for the rights. I said ‘My buddy was the art director for Blair Witch. He’s directed some big movies. My friend who was in Twin Peaks will play Henrietta in the game; we have Yuri Lowenthal [famous video game voice actor] to do a voice.’ And the movie studio that owns the rights agreed.”

He realised there would be a significant cost:

“We were prepared to put all our savings into it. A film set designer friend of mine built it with us, and then things were going well  – until COVID-19 hit.”

Hourglass Escapes rises to the challenge

Clearly, the way Hourglass Escapes has pivoted to meet the unique set of circumstances around the crisis gives it the best chance of success despite COVID-19.

As Wolfson points out: “I don’t think we had a choice. We could have opened a couple of weeks ago. But we decided to wait. We rebuilt our lobby to be safer for employees. We are mandating masks. You have to do a temperature check to walk in the building.”

In many instances, the pandemic has accelerated innovation as companies adapt their model in order to survive under testing circumstances.

“It reminds me of the stories about how the reason Star Wars was so good is because they were forced to be creative to think of ways around problems,” he says.

“My practical effects background means that when I was starting out in the mid-late eighties, I was in the habit of asking, ‘how are magic tricks done? How can we do them? How can we make it so the customers do a magic trick on themselves and get a ‘wow’ moment when they’re playing a game?’ I think the innovation that has been forced by this crisis is just a benefit to the industry.” The adapted business model means that while COVID-19 makes the immediate future uncertain, Hourglass Escapes will be likely to be able to negotiate a path through it.

“Our governor has just said that everything may be shut down again in another few weeks, because, in Seattle, we’ve hit 700 cases [of COVID-19) a day. So we’re just continuing to come up with strategies, more things we can do, more online games.”

Arkham Horror Files Escape Room: Mystery at Innsmouth will be joining Evil Dead 2, The Ghostly Galleon and The Mad Pharoah at Hourglass Escapes later this year.

Inside the United States Olympic & Paralympic Museum: coping with COVID-19 and delivering an inclusive experience 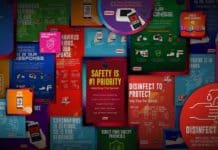