Bob O’Connor left his successful retail career behind to become MD of Howletts Wild Animal Park and Port Lympne Reserve. He wanted to do something ‘a little bit more worthy’.

The late John Aspinall opened the two animal parks to the public in the 1970s. He was a passionate wildlife conservationist. The parks are constantly evolving to give visitors new opportunities to get close to the animals.

A new lodge being built halfway into a tiger enclosure is among latest plans. This will allow guests tow enjoy breakfast while separated from four tigers by just 30mm of glass.

Bob O’Connor spoke to Blooloop about the decision that changed his life, his vision for the parks and the Aspinall Foundation’s conservation initiatives.

O’Connor began what was to become a highly successful career in retail as a trainee manager for supermarkets Fine Fare and Tesco. After completing a graduate trainee course, he rose to become Assistant General Manager of a hypermarket.

“In those days this meant a store that was taking about £25 million a year, employed about 150 staff and covered about 30.000 square feet, ” says O’Connor.

After a time as an Area Manager with his patch in the North of England, he and his wife decided to embark on a venture of their own and bought a pub in Devon.

“It was a Free House in a village called Uffculme which I had for eighteen months, ” he says. “Unfortunately, I then got divorced and had to sell the business. I wanted to find a job where I could stay in the West Country, and was appointed as the Retail and Catering Executive for Butlins in Minehead. I had sixteen shops, nineteen restaurants and fourteen bars, and about 700 staff on a big site.

“In those days Butlins Minehead had ten thousand beds. I had retail experience and I had bar experience. I knew very little about catering, so that was something I had to brush up on very quickly.”

To further his career and become a Director, he left Minehead for Blackpool, where he ran the Metropole Hotel for five years.

When Butlins decided to sell off the hotel division, O’Connor looked for a new challenge, and was offered the position of General Manager of Brighton Pier, Britain’s second most popular tourist attraction at the time.

From Butlins to Baby Elephants

After six years, O’Connor had something of an epiphany.

“I was then coming up to my late forties, and decided that I wanted to do something a little bit more worthy, ” he says.

“I thought, there has to be more to life than making money for large corporate organisations, or for rich individuals. So, I decided that I would come into the zoo world, and started applying for a number of jobs.”

After eighteen months of searching, he was offered the role in which he has remained for the last twelve years: that of Managing Director at Howlett’s Wild Animal Park and Port Lympne Reserve.

Howletts, based just outside Canterbury in Kent, covers a hundred acres, and was set up originally in the late 1950s to house Aspinall’s private animal collection.

“John Aspinall had filled Howletts with animals by the mid-70s, ” says O’Connor, “so bought Port Lympne just to continue his collection.”

Port Lympne (above) is a 600-acre estate located between Ashford and Folkestone.

“John Aspinall was spending probably £2-3 million a year on running these two parks as a private collection. He then decided that he needed to allow the public in in order to continue funding them.”

Aspinall was something of a pioneer, responsible for many of the methods we regard as normal in zoos today.

“In the 50s, 60s and 70s animals were a bit like a postage stamp collection: zoos would have one of these, two of those, one of these.”

Aspinall changed all that, advocating the practice of keeping animals together in more natural family groups.

“Aspinall believed that animals should where possible be kept in conditions similar to those in the wild, ” explains O’Connor.

The size of the animals’ enclosures was very important to Aspinall and remains a major consideration at both parks today.

At Port Lympne, for example, the fourteen black rhino occupy thirty-five acres of land which is roughly equivalent to the total size of London Zoo.

Aspinall also considered how he could best encourage the animals’ natural behaviour.  He began by ‘roof-feeding’ the gorillas.

“He would literally stand on top of the roof, dropping food through the holes, to replicate food falling from the trees, and the animals would then spend their time foraging for food as opposed to just being given food. It stimulated them – these days we call it ‘animal enrichment’.”

Aspinall’s abiding passion was for conservation, convinced that the threat from humans was so great that a radical approach was needed if there was any hope of protecting endangered species.

To this end, The Aspinall Foundation, a registered charity, was set up in 1984 to work with Port Lympne and Howletts in their efforts to reintroduce animals born at the parks into the wild. The Foundation is now headed up by John’s son, Damien.

“We (the Aspinall Foundation) have a project covering five hundred thousand acres in Gabon and a similar area in Congo, which are gorilla sanctuaries, ” says O’Connor.  “We’ve taken captive-born gorillas from the UK, and have also rescued babies where parents have been killed for the bush-meat trade, or perhaps they’ve been taken in by mining companies as pets, and ended up in the domestic market.

“We release them back into the wild, protect that area and go from very close schooling in teaching them – if they’re from the UK – what they can eat through to eventually letting them roam wild in their enclosures, making sure we keep poachers out.”

“We’ve had those sanctuaries now for well over twenty years in those two countries; and we have a new primate sanctuary project where we’re doing very similar things in Java in an area of 30, 000 acres.

“Again, we rescue animals from the pet trade. We also take captive-born primates, rehabilitate them and then release them back into our own land in Java.”

The Aspinall Foundation supports a number of other initiatives including working with other charities to take European bison, which are almost extinct, and release them on the Danube delta.

“We have become the collection point for UK species. We bring them together, form them into little family groups and then we send them off into Romania. We’ve now taken seven, and have another four going in 2016.”

Further projects include a Snow Leopard rehabilitation centre in Cambodia set up by an ex-keeper. There is also 70, 000 acres of land in Madagascar. There, the Foundation works with the Greater Bamboo Lemur.

“We are now responsible for over 50% of all Greater Bamboo Lemurs that are alive in the wild.”

Clearly proud of the Foundation’s achievements, O’Connor echoes Aspinall’s own sentiments regarding the need for action:

“For two hundred years Man has been raping the world, taking animals and sticking them in boxes. We’d now like to breed those rare, endangered ones. We want to put them back where we believe they belong, which is their countries of origin.”

All zoos and animal reserves, particularly those where the focus is on giving the animals space and quality of life, depend upon multiple revenue streams.

The Aspinall Foundation’s fund-raising department has enlisted between 15, 000 and 16, 000 regular donors . They pay a fixed sum each month.

“And we must look after them because they are our life-blood.”

Special events are held throughout the year. These included a ball hosted by Damien Aspinall.

“Only last month we had our annual fund-raising ball here at Port Lympne. We had about 170 people for an evening of fun and entertainment and auctions, where we auction off prizes. Damien Aspinall has his ball, which he holds at Bridgewater House in London about every fifteen months. He will typically raise £1-2 million on his auction night. This is considerably more than I raise, but that’s because his friends are wealthier than mine.”

Revenue also comes via the two UK parks which, while they are charities, have commercial arms.

“We get about half a million people annually coming through the parks as day visitors –– they pay an entrance fee. And of course, very importantly, the rest of the revenue comes from the money they spend when they’re with us. This is through our retail shops, and through our catering operations.”

A major diversification over the last few years has been a move into residential animal experiences as short breaks.

Accommodation is proving to be a successful and less intrusive way of raising funds for the organisation,

“…and of educating people when they’re here. If they come for 3-4 hours during the day you get only a certain amount of time to talk to them. If they’re staying here for two, three or four days, your opportunity to engage with them is so much greater.”

More accommodation is planned for next year. This will mean more rooms will be made available in the hotel, and a number of eco-pods added.

Tiger Lodge is a whole new residential experience that promises close encounters with the big cats.

“It is a lodge which is half-way into a tiger enclosure. The entire front wall will be glass. So while visitors are having their evening meal or just lounging around, 30mm away (the thickness of the glass) in this particular enclosure there are four tigers.”

It appears that O’Connor’s career move has both satisfied his need to do something worthy and allowed the park to benefit from his considerable hotel experience.

“Our aim is to become Europe’s premier animal-based short break experience, ” he says. 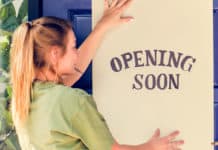 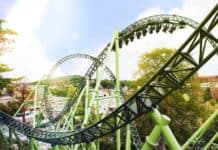 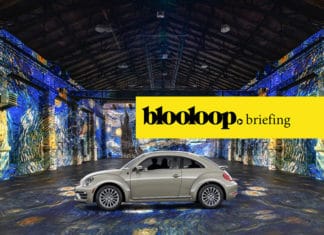