ITV has announced that it will be opening a new experience in Manchester. The I’m a Celebrity Jungle Challenge will feature vertical climbing walls, jungle ziplines, parachute drops and VR raft rides. 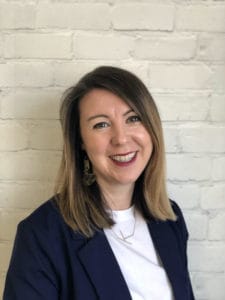 The I’m a Celebrity Jungle Challenge will add to a portfolio that includes Coronation Street The Tour, Emmerdale Village Tour, The Emmerdale Studio Experience, Ninja Warrior UK, and ITV Daytime Studios Tour at Television Centre in London. Originally planned to open in Autumn of this year, the timing is now dependant on the coronavirus pandemic.

The new permanent visitor attraction will be located within The Lowry Outlet near MediaCityUK. Blooloop caught up with Katy Roberts, Head of Live Operations and James Penfold, Controller of Partnerships (Brand, Live & Ventures) to hear about the venture.

“Katy has led on the attraction itself from day one, while the deal around the land and connected aspects is what I ran with, as well as working out how it could work and how can it be funded. It is a partnership, essentially, between us, Peel, and Scruffy Dog Creative Group.”

ITV started doing visitor attraction tours with the Coronation Street set back in 2014. He says: “The response was overwhelming, and we realised, quite belatedly, that we were onto something.” 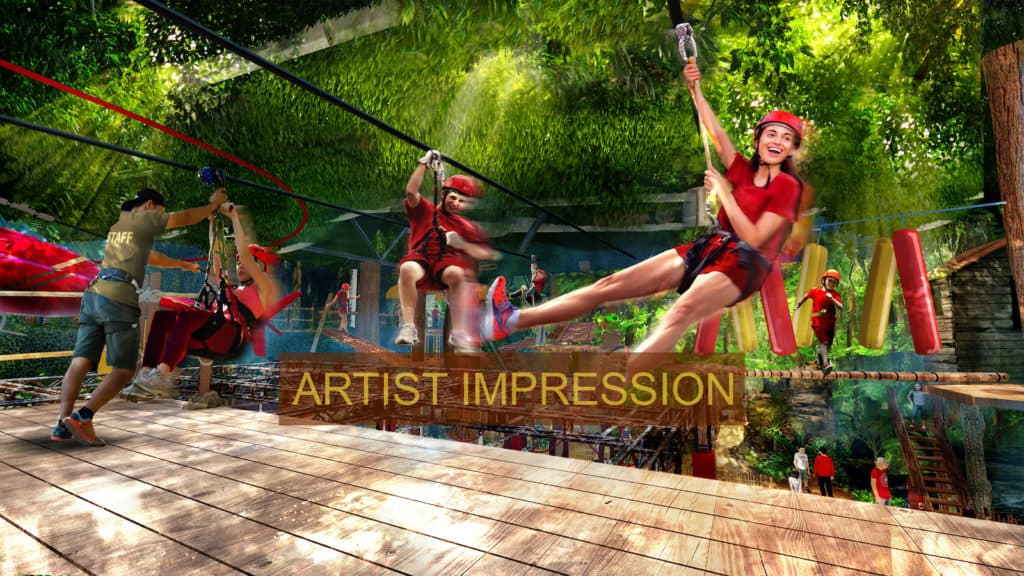 The compelling I’m a Celebrity…Get Me Out of Here! reality TV series is in its 20th year.

“Throughout that time, it has always delivered anything between eight to fifteen million viewers. It’s the magic of Ant and Dec, and it’s a great format. But until now, we had never really quite worked out how to translate it.”

The team were approached by Peel Group, the developers of MediaCityUK. This is a 200-acre mixed-use property development on the banks of the Manchester Ship Canal:

“They had spaces becoming available and wanted to talk about several possible projects. It could have been Ninja Warrior, or did we want to open a larger Coronation Street space close to our ITV Trafford Wharf Studios? In my mind, at the time, I’m a Celeb was something we hadn’t done anything with. It was still sitting there.” 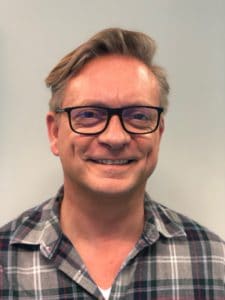 “We thought, ‘Okay, here’s a landlord who’s willing to do something a bit differently. They’re willing to come and invest time and a 25,000 square foot space, all in one open area. It would be madness not to look at it.’”

Having attended events and kept an eye open across the industry over the past few years, Penfold was aware of numerous production and development businesses.

“We had talked to a number of them, and worked peripherally with some, but Scruffy Dog Productions were the ones that came to mind. They were one of the companies that had kept, over the last three years, pitching us ideas of things we might do with I’m a Celeb, and other IP.

“Until this point, we had never really had anything to tack it to. We sat down with our format team to establish the format.”

The result is an I’m a Celebrity Jungle Challenge attraction that plays into the trend for active experiences. But it also remains true to the brand that has kept viewers glued to the screen for two decades.

“We have our own creative director,” says Roberts. “Then we have a great team in terms of translating the magic into the attraction, a great relationship with the production team of the programme, and great partners in Scruffy.

“Those elements combined mean that we can stay close to the IP, and can create an experience that is as close as we can get to being in the jungle in Australia, while actually being in a shopping centre in Salford Quays.”

“The format of I’m a Celebrity is an interesting one,” agrees Penfold. “Part of its success lies in the fact it has evolved over the years. At first it was very prankish, with a focus on testing the celebrities individually.” 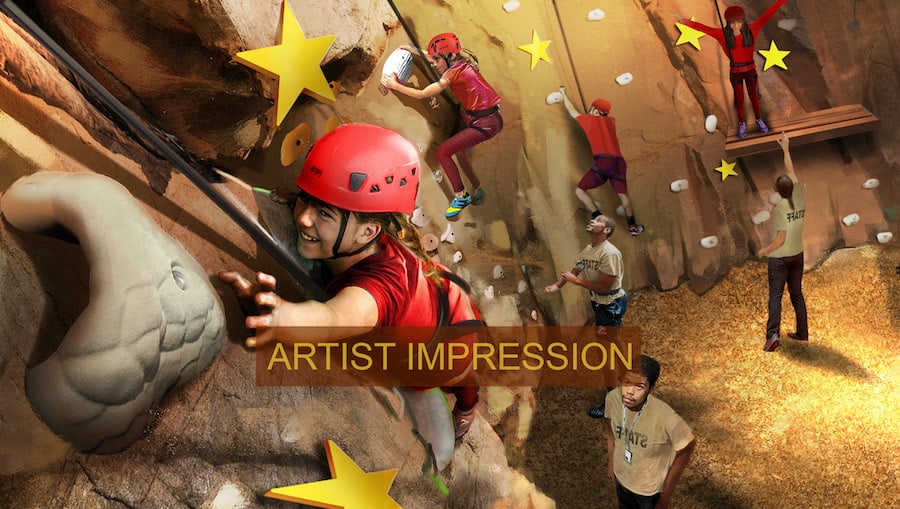 “Over the last four years, it has been more about putting different age groups together; about doing couples challenges with the most unlikely couples, and seeing how that works. You see a bonding process happening across the three-and-a-half weeks.

“It has taken us in a different direction away from the reality shows like Big Brother. That [new format] is quite an easy thing to translate into an attraction. One of the translation points was establishing the positive take-out, which was the challenge, at the end of the day: to get on with your colleagues; to win points, to help out your teammates.”

“One thing we’ve found, as the broadcaster of the programme, is that it attracts a family audience who gather around the TV together to watch it,” says Roberts. “Even ‘light’ viewers who wouldn’t necessarily usually watch ITV. It’s a family moment.

“We feel our core visitor group will be families able to take their viewing experience and to come and extend it within the attraction. Competing to see who can win the most stars as they work their way around.” The I’m a Celebrity Jungle Challenge attraction has been created with repeatability in mind, says Penfold:

Roberts adds: “One of our main objectives has been to create an experience where kids, particularly, want to come back and play again and again. Maybe to beat their score, or for a party, or to do the obstacles in a different order. There might be one in particular that they like and where they want to improve their performance.”

When Carolyn McCall became CEO of ITV in January 2018, she came up with the phrase ‘More than TV’ to describe the strategy she planned to implement.

“More than TV is about engaging with the audience,” says Penfold. “It’s about recognising they are more than just passive viewers. In the era of Netflix, BritBox, the Hub, the BBC iplayer, they are consumers. And should be respected as such.” “So it’s not just about the core show, but about how to incentivise consumers to watch the show, how to keep them engaged. How to give them more; how to acknowledge them through social media. It’s about recognising that it’s impossible to please everybody, and it’s about trying to find the path and pulse of each show.

“Some are very passive, and don’t have much more than TV to them, and, absolutely, others do. You only have to look at our live family entertainment moments, whether it’s BGT or I’m a Celebrity, whether it’s Love Island, or The Voice. More than TV is about the app; it’s about engaging throughout the week.”

“From my perspective, it is about the Coronation Street attraction, and the Emmerdale village in Yorkshire, and the 50-60,000 audience individuals we hope bring to each one every year. We are the largest commercial broadcast of reaching the heartland of the country. It’s about making it accessible to all; pricing it correctly; again, more than TV.”

How the I’m a Celebrity Jungle Challenge will work

Explaining how the I’m a Celebrity Jungle Challenge will work, Roberts says:

“In terms of the gameplay, the idea is that each campmate will have an RFID band, which they will then be able to tap at certain points around the attraction.” 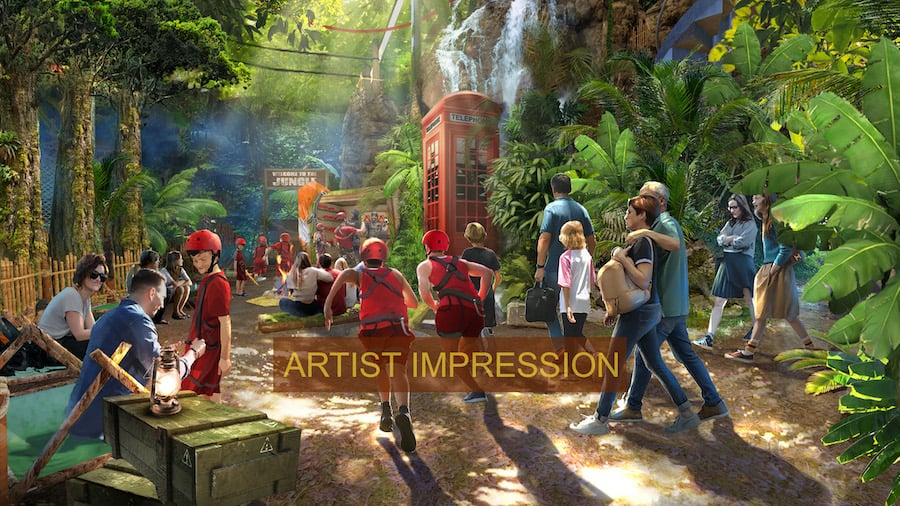 “We’re still developing the details, but there will be a series of obstacles that players will have to negotiate, collecting stars by tapping the band. Going up the climbing wall, for example, and tapping the star at the top would give you a number of points. There is a treetop trail, which is a rope bridge course. You need to get across within a certain time, and tap the star.

“The idea is that players are able to see what they are scoring throughout the 90-minute experience. Playing against their families or friends. The points can be seen on the leader board at the end in our retail space.”

An element of virtual reality has also been incorporated into the I’m a Celebrity Jungle Challenge.

“We knew we wanted to include it. But we were also aware that VR, although it is a great technology, can be less than exciting for other people to watch. So it had to be right. On a recent trip to IAAPA, we found the right supplier.

“It is a VR raft ride from NVR, a French company. The supplier is working with us to create some more bespoke content. Players will be riding a raft down a ravine with crocodiles and snakes. They will move their head to collect the stars and gain points.”

“We’ve got four raft rides, with VR technology. We feel it’s a nice introduction of that technology into the attraction while keeping it fun for parents to watch.”

The technology supports the activity, rather than becoming its focus, says Penfold:

“There is the price point to consider and the reliability issues. No-one wants to find themselves having to wait for an hour and a half for the tech to be rebooted.”

“We are creating the atmosphere through the use of dappled light, foliage, gobos and ripple effects. We have authentic footage from the jungle, which one of our teams went out to take,” says Roberts.

“All the graphics will be printed from the jungle vistas; our Winner’s Bridge will have projected jungle scenes, and ambient jungle sound will be playing out throughout the attraction. It’s much more experiential rather than just putting a set of goggles on.”

Once the crisis passes, people will need leisure attractions such as this more than ever before

As far as timing is concerned for the I’m a Celebrity Jungle Challenge, she adds:

“We are pressing on with all our planning, and working with our contractors and suppliers. All the teams are working hard to deliver the project. In terms of the completion date, in the current circumstances, it’s an unknown.”

Once the crisis passes, people will need leisure attractions such as this more than ever before, says Roberts: “That is what we believe. Nobody will want to be stuck at home anymore. Especially kids.” 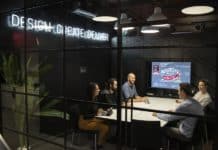 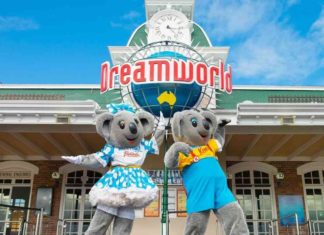 Gold Coast theme park operators Ardent Leisure and Village Roadshow have each announced an injection of $70 million, giving the companies some security amid the COVID-19... 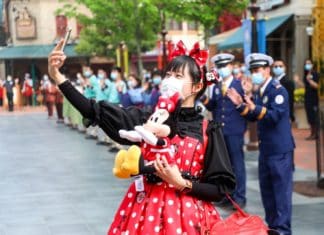 Even since theme parks began, there has always been a healthy conflict between those who operate and those who innovate. As the industry reopens post-COVID-19, can both work...