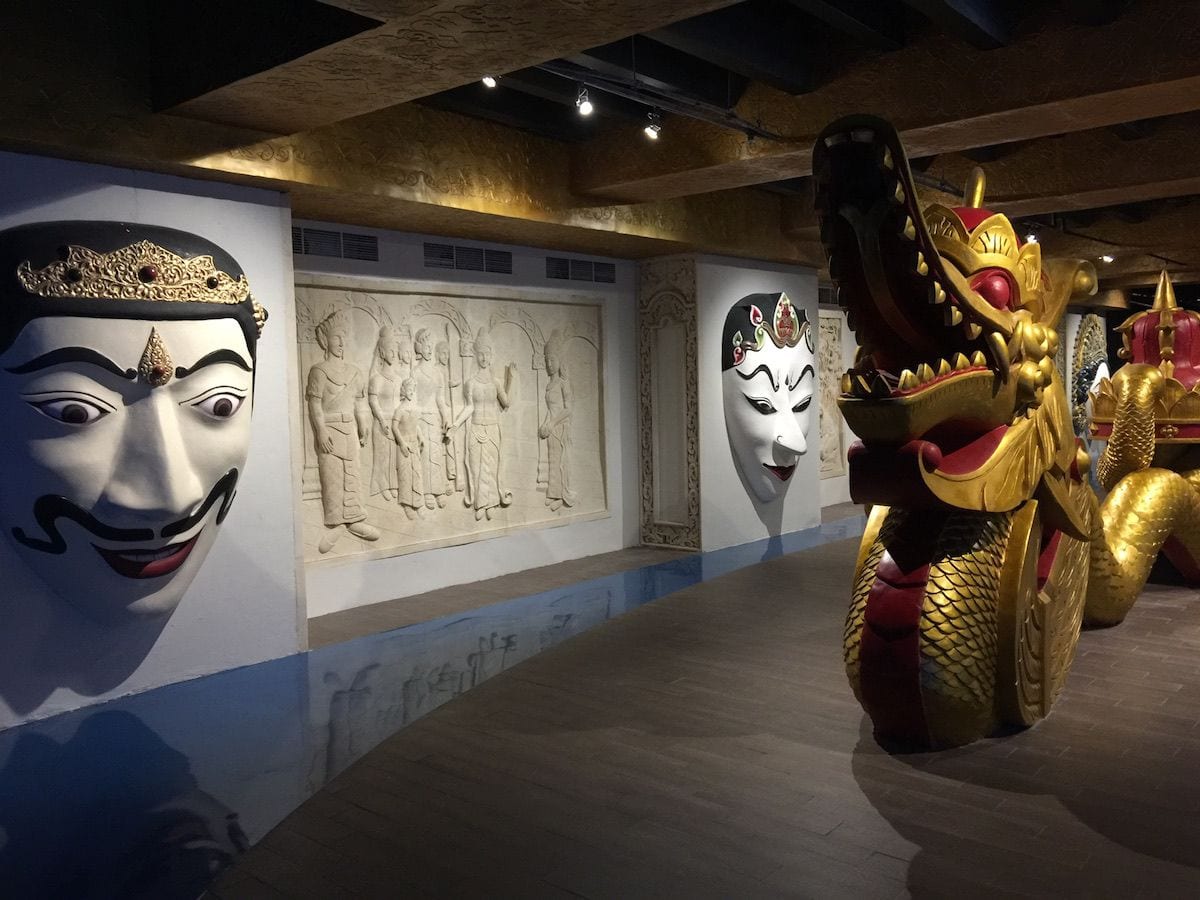 The Jakarta Aquarium, a ‘new generation’ boutique aquarium is the Indonesian capital’s only aquarium. 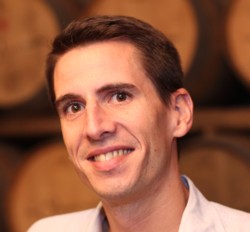 Developed by Taman Safari Indonesia (TSI), the country’s leading aquarium and zoo operator, and sited in a mall in the Podomoro City integrated development resort it seeks to showcase the rich marine life of Indonesia’s waters.

Thibault Paquin (right), principal of Celebrating Life, the consultant on the project, went along for a preview. 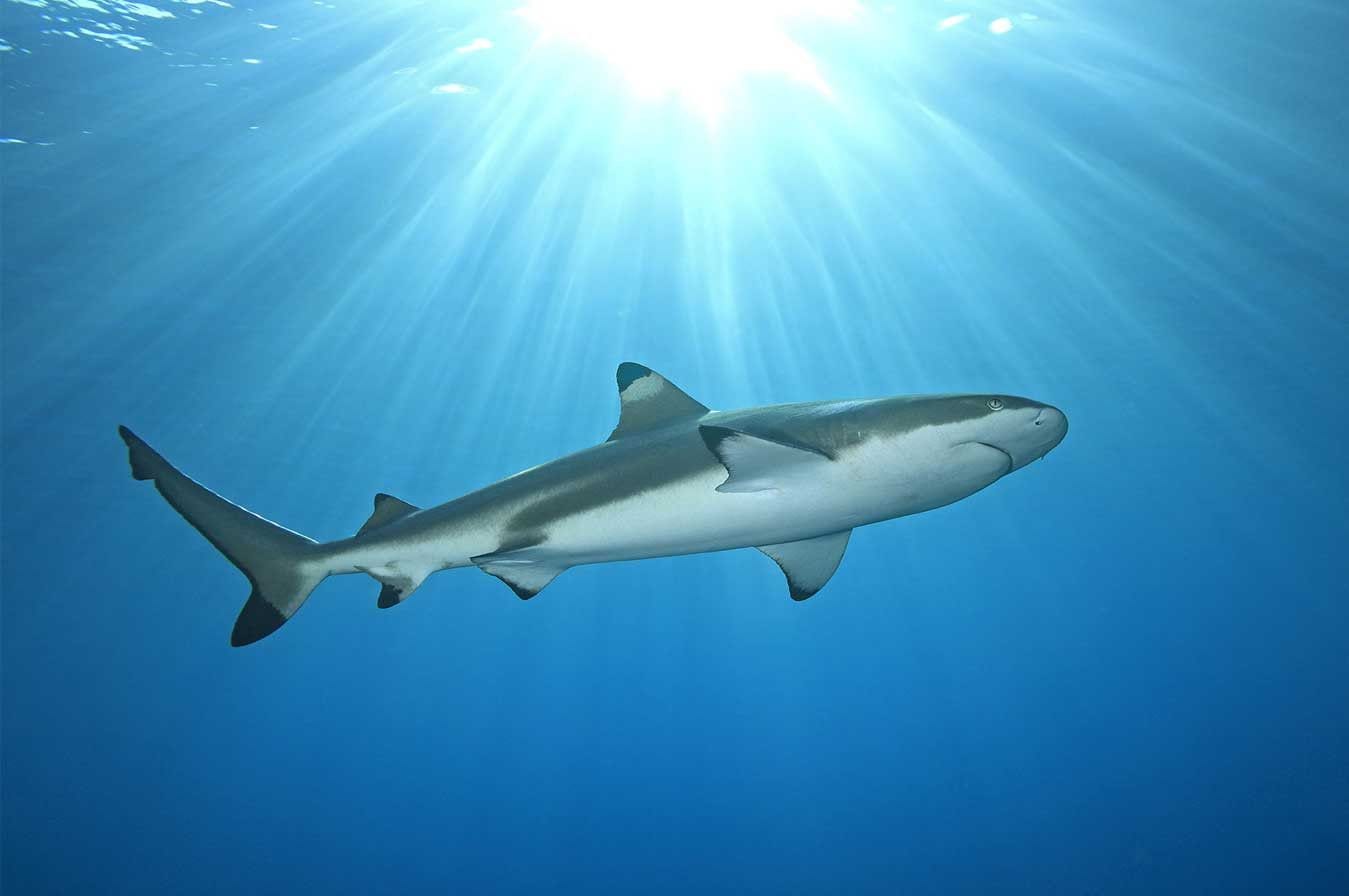 Last May blooloop interviewed Hans Manansang from Taman Safari Indonesia. He outlined his plans for the group’s new aquarium project in collaboration with Aquaria KLCC in

the heart of Jakarta.

Ten months later the aquarium is ready to open its doors and I managed to get a preview and a few pictures of the finished product for our readers.

Located in the new Neo Soho extension of Central Park (one of Jakarta’s top 3 malls), the aquarium benefits from great visibility and its opening is much anticipated. People were fighting to get on hold of the limited preview tickets when put on sale in January. The aquarium is already very popular on social media and in particular Instagram, a favorite among Indonesia’s youth. 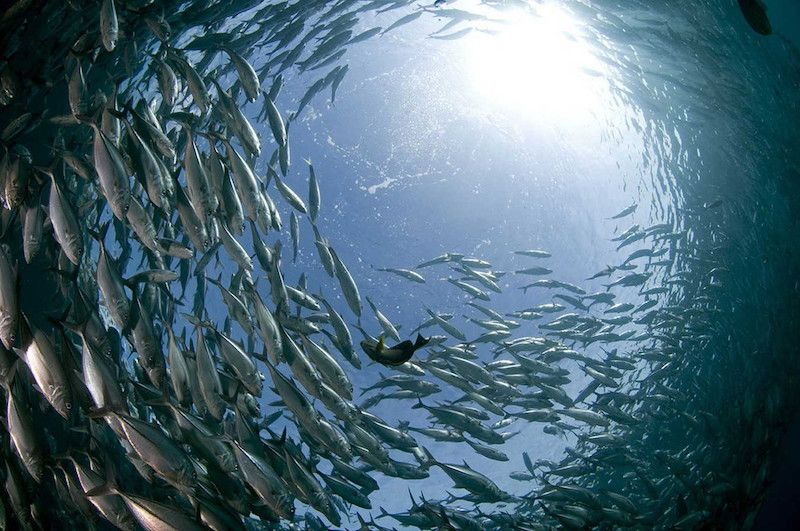 Meant to be a ‘bubble’ to escape the reality of Jakarta’s stress, traffic and pollution, the aquarium journey starts with a beautiful immersive experience mixing small fish tanks, digital displays and video mapping taking visitors to a world of stories, magic and beauty.

The first section of the aquarium on the upper floor focuses on the life of people and animals on the numerous islands of Indonesia.

A massive interactive touch table shows the map of Indonesia and gives visitors precious information on the archipelago’s geography, biodiversity and traditions. 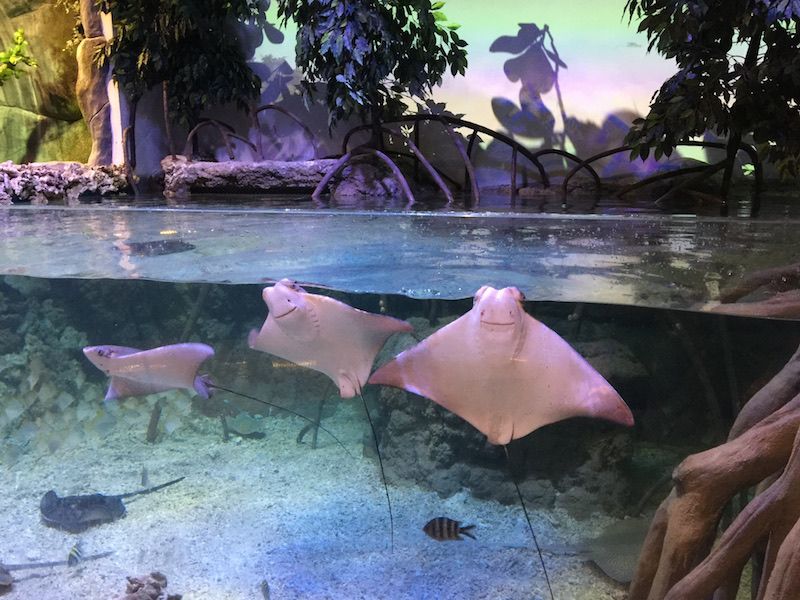 The mangrove exhibit at Jakarta Aquarium

The theming is very rich and it feels like walking from the rainforest to the mangrove.

The star species of this section are of course the Komodo dragon and the coconut crabs. However, expect lots of other interesting creatures too. These include otters, lizards, frogs and stingrays. The hermit crab log is a fun display where visitors can watch these little creatures in their habitat with magnifying glasses.

The mangrove area is essential as it takes the visitors on an immersive journey into the vast Indonesian islands’ mangrove, which is one of the most important yet endangered parts of the marine ecosystem. 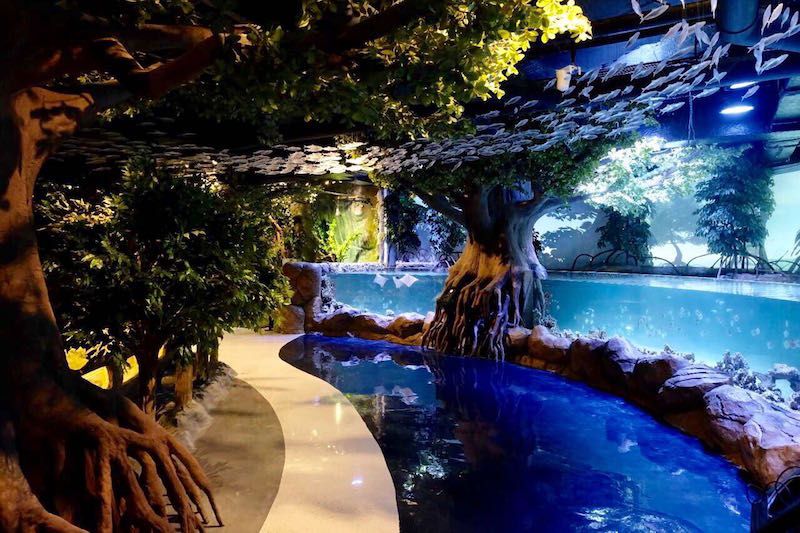 The swirl tank is a beautiful piece welcoming visitors as they walk down the stairs taking them from above water to under water. Seats, where visitors can rest and contemplate before starting the second half of the journey, surround the tank. 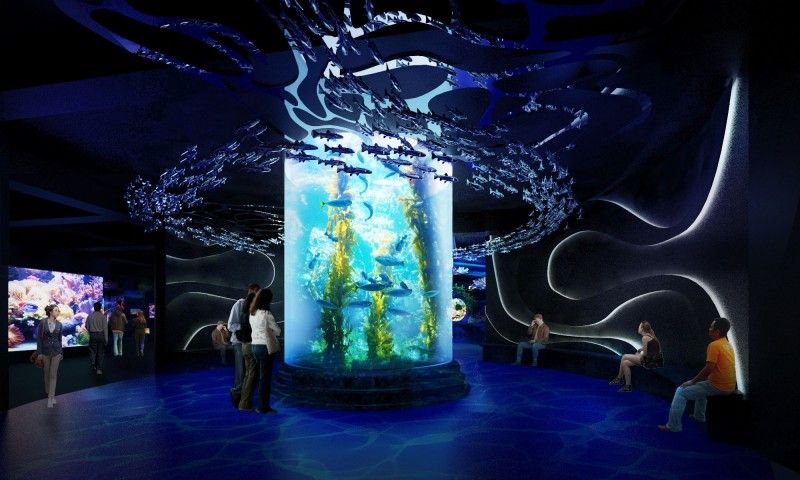 The swirl tank at Jakarta Aquarium.

Jakarta Aquarium and The Coral Triangle

The lower section of Jakarta Aquarium is much bigger and focuses on the famous yet endangered reefs and oceans of the Coral Triangle, where more than 3,000 species of fish can be found.

A series of jewel tanks offer unique views of some of the most beautiful, small, strange and odd creatures. Other highlights include the majestic reef tank, a large touch pool with starfish and bamboo sharks and the jellyfish tunnel. 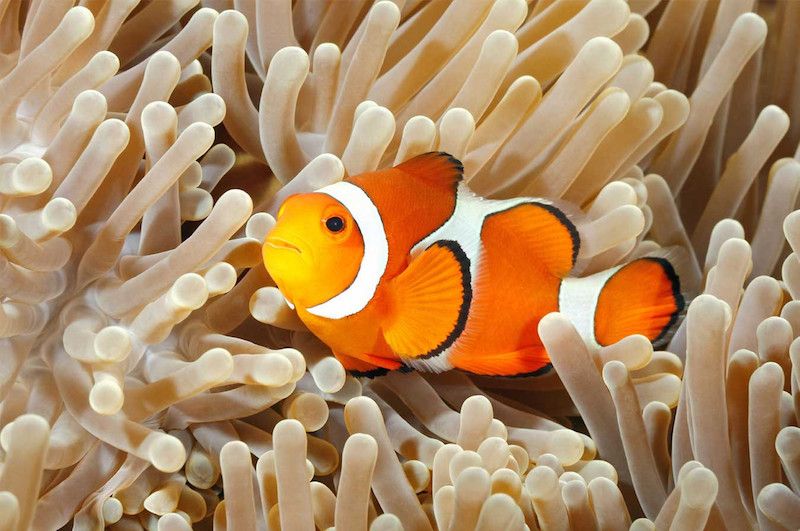 Clownfish in anemone at Jakarta Aquarium 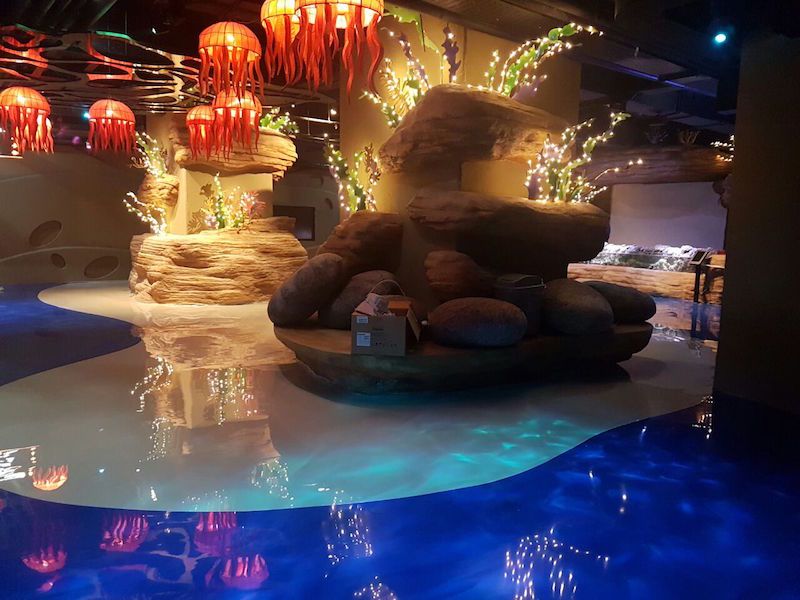 The grand finale of Jakarta Aquarium is this amazing room designed after the royal palaces of Java. Here a massive dragon statue looks onto the aquarium’s big tank and its rich marine life including Napoleon fish, sea turtles and sharks.

The side of the this tank is home to the world’s first cultural stage performance inside an aquarium. This is “Pearl of the South Sea” and is produced by Peter Wilson. This show is a real treat. It will be sure to leave every visitor with great memories from Jakarta’s new world of stories, magic and beauty. 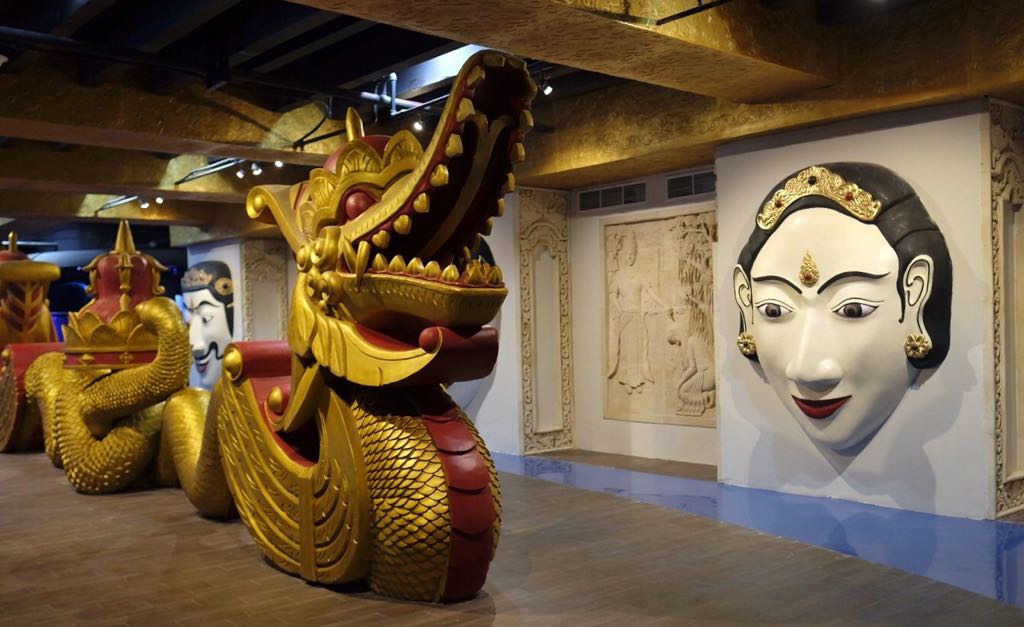 Opened in December last year, Pingoo is Jakarta Aquarium’s unique penguin restaurant. With its own access from the mall it is already a big favorite for families in Jakarta. Expect long lines on weekends!

Pingoo Restaurant serves seafood and grill from Bali’s own Chef Mandif. I tried the steak, it is to-die-for! 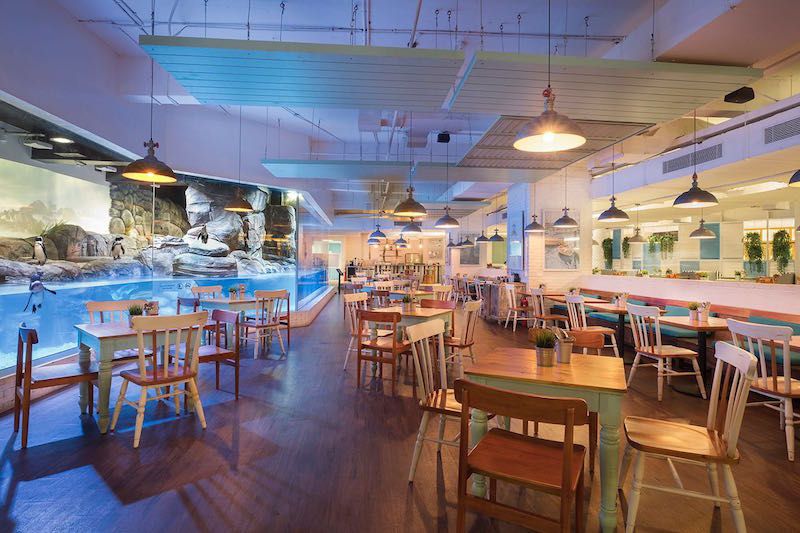 Clownfish, reef shark and fish swirl courtesy The Jakarta Aquarium, all others courtesy the author.

The Grand Egyptian Museum – A Bridge between Ages 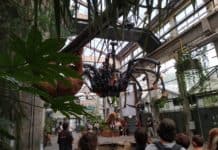 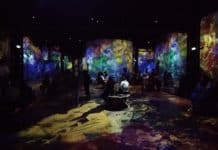