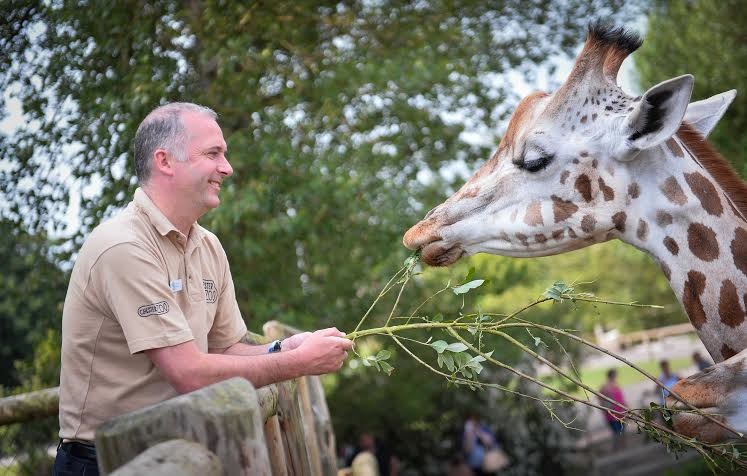 Chester Zoo, one of the UK's top tourist attractions, has an impressive track record – visitor numbers have risen steadily since 2007 despite the recession- and taking its helm is a significant responsibility.

Jamie Christon, was appointed Managing Director of Chester Zoo in July 2013, at a time when the zoo was embarking on the first stage of preparations for its ambitious £30.5 million ‘Islands’ project, due to open in 2015.

Blooloop spoke to Christon about his background, the Islands project and his strategy for the zoo’s expansion.

Airports to a Zoo

Christon’s professional provenance makes his appointment a logical step for the appointment committee at Chester Zoo. And his heart is in it:

“It’s definitely my dream job… I’m very, very excited to be here and I’m keen to help the zoo move forward in the best way I can. For ten years I worked in the commercial development of airports -.and that’s probably where I bring a lot of skills in – but below all that; below the surface, from a personal perspective, it’s a dream job… I’ve got a passion for animals.”

He brings with him a wealth of commercial experience and a host of transferable skills, having been a key player in the tourism arena prior to moving to the zoo. He began his career in the retail sector before moving into the commercial development of airports, joining the Manchester Airport Group in 2003, also managing commercial operations at East Midlands, Humberside and Bournemouth airports before becoming Managing Director of Exeter airport, then working with Stena Line, the European ferries operator, guiding its group through a period of rapid expansion and change.

Christon grew up in a farming community between the Dales and the moors in North Yorkshire, and brings an instinct for conservation and animal husbandry to his new role.

He joined Chester Zoo at an exciting point in its development: right at the beginning of its immersive ‘Islands’ project – the latest in a line of impressive attractions for the zoo; previous projects being ‘Dinosaurs Bite Back’ (involving nineteen full-sized animatronic dinosaurs in Jurassic-themed gardens) in 2012, and ‘Bugs!’ (giant robot bugs – including a 33-foot-wide tarantula) in 2013.

The ‘Islands’ project is one element of the zoo’s Natural Vision concept – a long-term strategic plan to develop the zoo’s site into a world-class attraction.

On the face of it, ‘Islands’ is a hugely ambitious undertaking at a time of universal austerity and in the midst of a recession. Christon points out, however, that Chester Zoo’s visitor numbers have continued to increase steadily since 2007.

“My perspective, ” says Christon, “is that people will continue to come to the zoo. It’s a good day out; it’s value for money; it has that feel-good factor attached; it brings families together. And despite what’s happening with the recession, I think that people are trying to savour as much time with their families as they can: a zoo experience really plays into that.”

Designed by German architects dan pearlman, the Islands project will immerse visitors in an exotic habitat, encompassing large, natural environments for animals – including tropical fish, Sumatran tigers, crocodiles and orang-utans – and plants. Visitors will explore the re-created Indonesian islands – complete with flora and fauna – of Bali, Papua New Guinea, Panay, Sumba, Sulawesi and Sumatra, travelling by one of fourteen authentic, long-tail boats or on foot via a series of specially crafted themed bridges.

There will be a sub-tropical indoor rainforest, home to tropical and sub-tropical plants, orang-utans and the rare Sunda Gharial crocodile; a four-metre-high waterfall and a walk-through aviary; a market place, school and village-style food stands offering authentic regional food. Animals are integrated into their environment and can be observed in a manner that mimics nature as closely as possible.

Christon envisages Islands will attract an additional 150, 000 visitors in the first year – it won’t open until May – and an extra 200, 000 from 2016. It will increase the zoo by the size of seven football pitches, making it one of the biggest zoo developments in Europe.

The construction, which includes landscaping themed to each island and the creation of a 450 metre river-bed complete with waterfall, comprises three packages of work. The first stage is the dig-out, landscaping and foundations, which has been begun by world class construction team Laing O’ Rourke, and should be completed by June 2014.

Speaking to Construction News Tom Higgins, who leads Laing O’Rourke’s northern business, explains that the latest engineering solutions are being applied to the project, including digital engineering and Design for Manufacture and Assembly; techniques that will offer best value and allow for a more sustainable and safe delivery.

The other packages will be tendered as the project moves forward over the next six months to a year.

Christon adds: “In terms of Islands, we’ve been very, very astute. The whole project will be a £30.5 million development. However, the majority of funding has come from our operating surplus; money saved up over the last five or six years since we knew we were going to start this project. And we hope to pay back the remainder within a couple of years of the project opening.” (‘Islands’ is due to open to the public in May 2015.)

‘Islands’ is only the beginning of the master-plan for Chester Zoo. The zoo has 50 hectares of land – around 500 acres – and only 110 of those are currently ‘core’ zoo. There are therefore almost 400 acres with potential for expansion in any number of ways: new enclosures; diversification.

“For example, ” Christon expands, “we have outline planning permission for a hotel build on site. We’re very close to the M53; we’re just off the A41 – major trunk roads into the conurbations of Chester, Liverpool and Manchester.”

Chester Zoo has 49.5 thousand members, each of whom visits the zoo, on average, five or six times a year.

Part of the campaign for 2014 will be to attract people back to the zoo who visited as children but never returned, or adults who brought their own children when they were young, but haven’t visited since those children grew up: “We’re trying to encourage people who haven’t been to the zoo for a long time to come back and visit us.”

The breeding programme is, of course, a reliable draw. “We’ve been helped throughout 2013 by a number of births: two new cheetah cubs; two tiger cubs, and the first greater one-horned rhino calf to be born at the zoo.”

Christon believes that the continual evolution of the zoo is the secret to encouraging visitors to make return visits. “People are on a limited budget; they want a good day out: we have to keep on changing as we move forward…We’ve had some big projects and exhibitions over the last few years.”

Christon brings honed commercial expertise and clear-sighted business acumen to the zoo, aware that there is a dichotomy between its functions as conservation and education charity and commercial visitor attraction, and that equal weight must be given to both.

“We have to pay for our conservation work, ” he explains (Chester Zoo gives over £1 million of funding to a number of conservation projects worldwide besides the work it does in the UK, and provides expertise both locally and on a global scale.)

“Running a zoo – the husbandry and welfare of the animals – costs an increasing amount every year. We have to attract the visitors to pay for the zoo, but we also need to maintain a fantastic visitor attraction, to encourage people to come back…year after year.”

By the Charts: New Amusement Parks in 2013 (by Country) 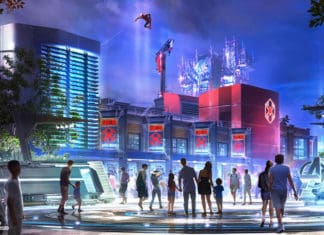