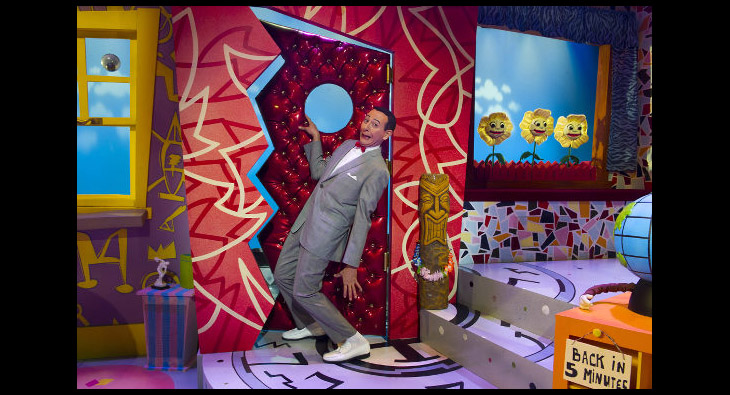 Jeremy Railton (right), Owner of Entertainment Design Corporation is one of the world's greatest live show designers and millions of people have seen his work. Winner of 4 Emmys, an Art Directors Guild award and 4 Themed Entertainment Design Awards, he spent a decade as a consultant designer at Walt Disney Imagineering. Notable projects include The Lake of Dreams Singapore, High School Musical on Ice, The Diamond Galaxy Casino Macau and the Cher Show in Las

Blooloop’s Chad Emerson spoke with him.

Share with us how you first got started working in the amusement and recreation industry.

I have been working in Theater, Television and the music touring and live show business since I left college in 1969.

In 1992 I was hired to work with the Architects Hodgetts and Fung on the Panasonic Pavilion at Universal City Walk to develop a theme and a concept for the pavilion. It was a challenge because the brief was to “make people feel good about Panasonic products”.  The question was “where do I start?”! After solving the problem I was hooked on themed entertainment.

I loved this new aspect of design because I realized that the market was wide open with entertainment migrating out of theme parks and invading retail. That experience sparked a new part of my brain to open up. The next big job I did after that was the Freemont Street Experience with Jon Jerde.

What have been some of the most rewarding projects you’ve worked on and why?

This question is too hard, especially in hindsight after all the issues have been solved.  In truth,   I love them all.

It is always a treat when you get to work for people whose talent you admire, also I am always honored to be able to contribute to the national story or even more energized to be the first to do something, so my list of projects that are the most rewarding is basically my whole career!!

I love what I do and have been the luckiest man alive to have been given the opportunities. As to people I admire, I have to include all of the music acts from Alice Cooper and Jane’s Addiction to Barbara Streisand and my favorite of all, Cher. All the shows I did for MTV were fun because in those days there were no precedents that defined what the audience was expecting

On the national stage I was the art director to Rene Lagler’s production design for the Los Angeles Olympics, I was also production designer for the Salt Lake Winter Games. In Washington, I did the Inaugural Ball for the Clintons and a Christmas Show at the White house.

The two giant overhead screens at Fremont Street and The Place in Beijing were and are the biggest and first in the world. The Dancing Cranes in  Singapore have been given a lot of attention as have the attractions we just delivered to the Galaxy Casino in Macau.  Some jobs have brought in awards like Emmy’s, an Art Directors Guild award and several Thea awards which really do help to make one feel better!

What about some of the most challenging ones?

There is a learning curve that comes with practice.  You can never make enough lists and you must be wary of nuances that get lost in translation, even English to English! And you can never assume that you have thought of everything. It took some scar tissue to learn that you can’t see lasers unless there is a misty or smoky atmosphere and that plywood over metal in freezing conditions will retain the ice where the metal is, but leave a frozen grid on what was supposed to be a smooth walkway. This occurred at the Salt Lake Olympics.  After the most painful two hours, someone suggested Ante Freeze and the problem went away.

For the Spinal Tap Tour (the real one, not the movie) the band wanted a giant Stonehenge to unfold.  In true Spinal Tap spirit, it wobbled and flapped all through the performance and the band was mad.

While Art Directing the Academy Awards,   I thought that I could sit in the audience with all of the movie Stars, but the first production number went wrong when a set did not open out on cue .I rushed backstage to find that a cable had come unplugged and spent the rest of the show pacing back and forth, ready for the next mishap!! So much for Glory Days!

Currently, what types of projects are you working on and how have the continued global economic challenges influenced those projects?

The projects we are working on are mostly attractions. Because of the Crane Dance in Singapore and the Fortune Diamond in Macau, we have been given a rather large Asian Spotlight. The challenge is that everyone wants a Crane Dance and so I spend a lot of time explaining why they do not want a Crane Dance.  First of all, we agreed not to duplicate the attraction but also a “second” Crane Dance wouldn’t garner press attention and therefore the capital investment would not be able be rewarded by a huge audience attendance.

When the economy of a country is doing well, I can always tell by the number of potential clients and what they want to build.  We always find ourselves in places where there is expendable capital, doing strange and wonderful pieces of public art. One of my favorite things about the attractions I do is that they are free to the public and hopefully we can make someone happy and take their mind off the day to day struggle.