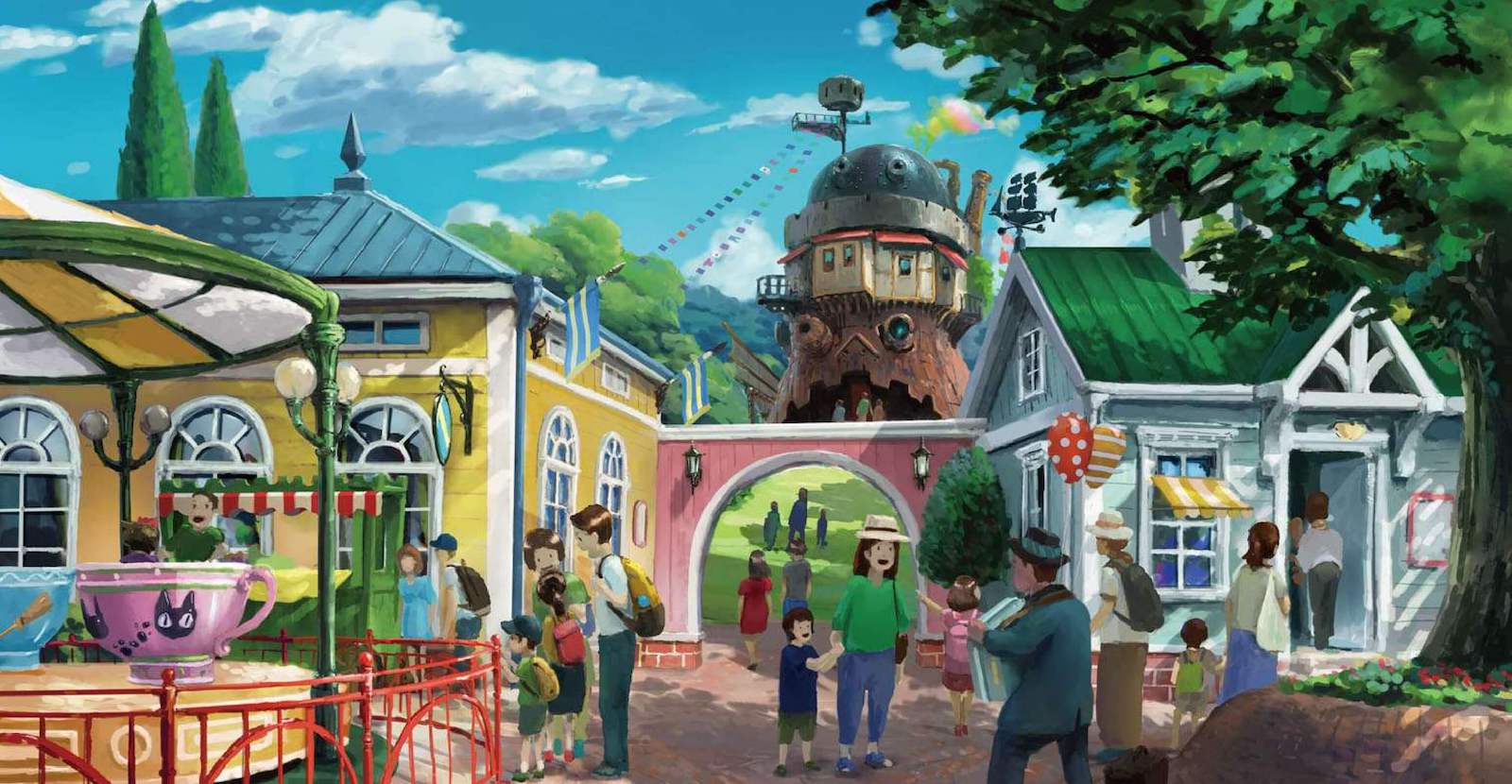 Studio Ghibli, the animation house responsible for anime classics My Neighbor Totoro and Princess Mononoke, is creating a theme park in Japan’s Aichi Prefecture. Known as Ghibli Park, it aims to open in fall 2022.

Studio Ghibli announced plans for Ghibli Park in 2017. The theme park will feature attractions based on Kiki’s Delivery Service and Spirited Away, amongst other favourites. It is – remarkably – on track to open in fall 2022, despite the disruption caused by COVID-19.

Building work has recently resumed on the Studio Ghibli theme park, comprised of five themed areas. Here, we look at everything from attractions and theming to location and investment. Read on for everything you need to know about Ghibli Park.

When will the anime theme park open? 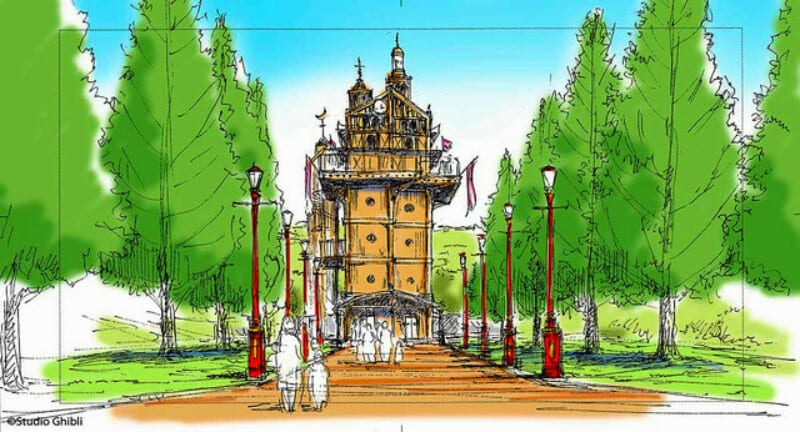 Ghibli Park was initially set to open this year, but it was previously delayed until 2022. Before the outbreak of COVID-19, Ghibli’s Giant Warehouse, Dondoko Forest and Springtime of Life Hill would have opened in 2022. Princess Mononoke Village and Witch Valley were to debut in 2023.

It was revealed in July that the Studio Ghibli theme park had resumed construction following a temporary suspension, meaning it’s on track to open in fall 2022. Three of the attraction’s five themed lands will launch in late 2022, with the remaining two areas debuting in March 2024.

Aichi Prefecture governor Hideaki Omura confirmed: “We are still on track and are planning to open the park in fall 2022.”

Construction on Ghibli Park started earlier this year. Then, it was on pause temporarily, in response to the coronavirus crisis. Work resumed and started on Springtime of Life Hill, Ghibli’s Giant Warehouse and Dondoko Forest on July 28.

Studio Ghibli held a groundbreaking ceremony this summer with its chairman Kiyofumi Nakajima in attendance. At the groundbreaking, Omura said: “The 2005 Expo’s theme of ‘love’ has also been portrayed in Studio Ghibli’s films consistently, so we can inherit that philosophy.

“We aim to make the facility a world-class park and hope many people will visit here.”

Where will the Studio Ghibli theme park be? 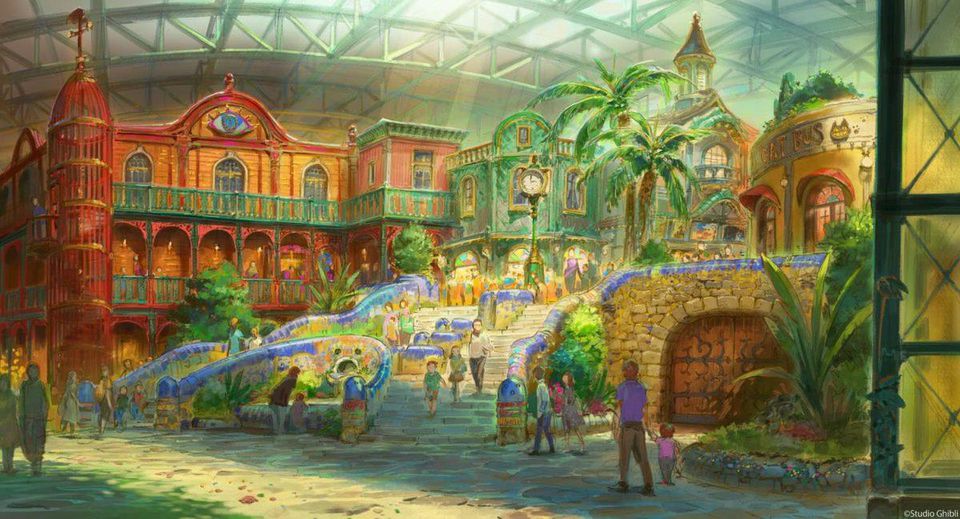 The Studio Ghibli theme park will be on 7.1 hectares of land within the former site of the 2005 World Expo, Aichi Earth Expo Memorial Park. It is a collaboration between the Aichi Prefectural Government and Studio Ghibli.

The site is located close to Nagoya, the capital of Japan’s Aichi Prefecture. As the land previously hosted the 2005 World Expo, it already boasts a fully-built replica of Satsuki and Mei’s house from Studio Ghibli film My Neighbor Totoro, made for the expo. Developers will maintain this house for the new Ghibli Park, as well as the footpaths in the forest behind it.

Ghibli Park’s construction will cost ¥34 billion ($323 million). The theme park is likely to attract around 1.8 million visitors each year, with annual economic benefits of ¥48 billion ($455 million).

What anime attractions will feature at Ghibli Park? 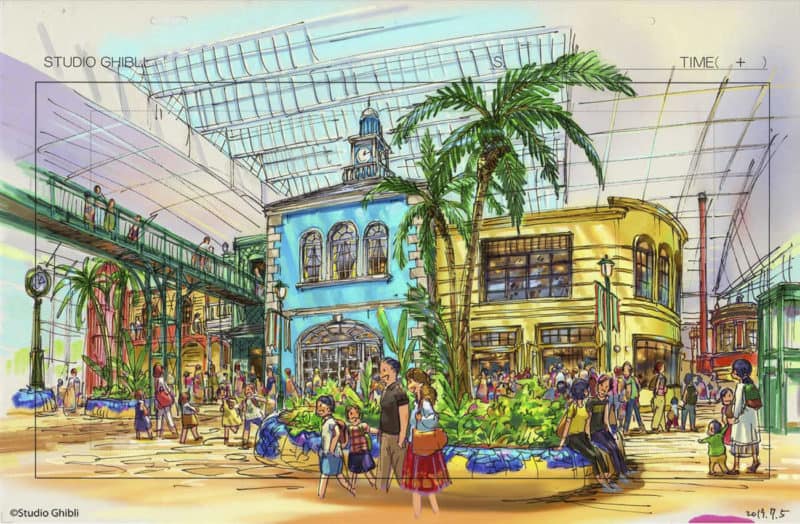 The Studio Ghibli theme park will be divided into five themed lands, such as Ghibli’s Giant Warehouse, My Neighbour Totoro-themed Dondoko Forest, and Princess Mononoke Village.

The lands also include Springtime of Life Hill, which has attractions from Howl’s Moving Castle and Castle in the Sky. Then, there is Witch Valley, based on Kiki’s Delivery Service.

Additionally, there will be a dining area modelled on Spirited Away, which was unveiled earlier this year in new concept art.

The map below shows the theme park’s areas. Ghibli’s Giant Warehouse is in purple, Dondoko Forest in green and Witch Valley in red. Princess Mononoke Village is in green, and Springtime of Life Hill in orange. 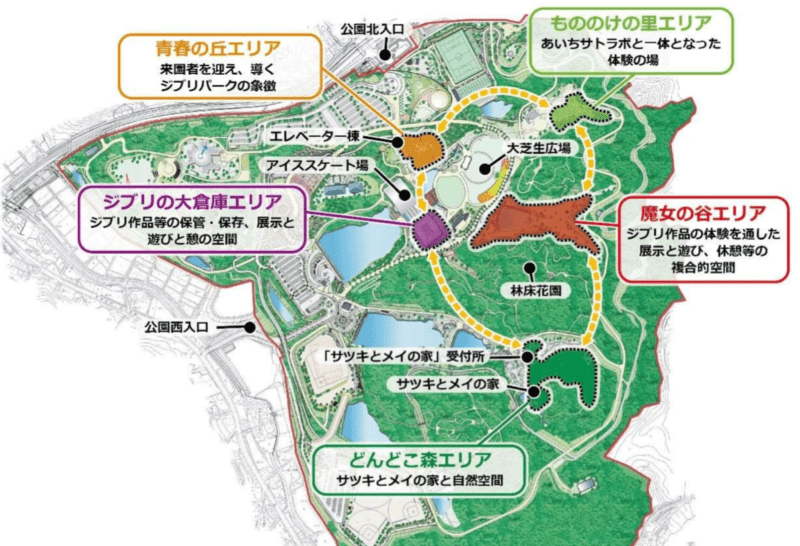 Springtime of Life Hill will be themed to the film Howl’s Moving Castle, complete with a giant elevator offering views from above. It will be located at the park’s entrance. Here, visitors will find the gift shop from Whisper of the Heart.

Dondoko Forest will be the location of Satsuki and Mei’s house, with lush nature and a rural landscape echoing the Showa period (1926 – 1989). The surrounding area will become the rural landscape from the film, with walking tours and paths planned.

Witch Valley is inspired by the wastelands in the films Kiki’s Delivery Service and Howl’s Moving Castle. It’s thought the land will include restaurants and amusement facilities. There will also be replicas of the castle itself and Karikiya, the home of Kiki and her parents. 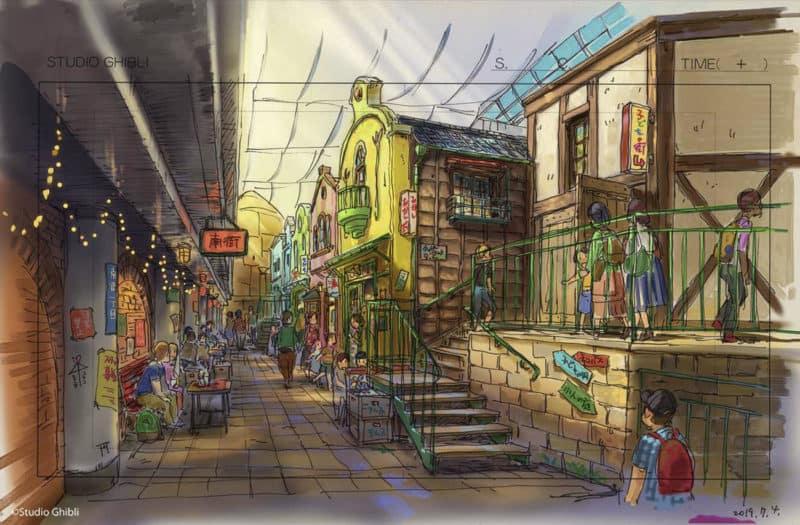 The Aichi Prefectural Museum of Art will display items from Studio Ghibli’s theme park in an upcoming exhibit, which was originally set to run between June and September 2020. However, the exhibition has been postponed in response to the coronavirus pandemic, with a new date to be confirmed.

The museum will showcase the Ghibli Park items one last time before its opening in 2022. This will be a final preview of the theme park’s contents before they make their way to Ghibli’s Giant Warehouse. The exhibit will explore Studio Ghibli’s 35-year history, in addition to previously unreleased material.

The exhibit at the Aichi Prefectural Museum of Art will bring back materials shown in earlier Studio Ghibli exhibits. The first of these ran in 2015 at Moricoro Park before touring Japan and Seoul. Earlier exhibits showcased memorabilia such as artwork, memos, and film posters. 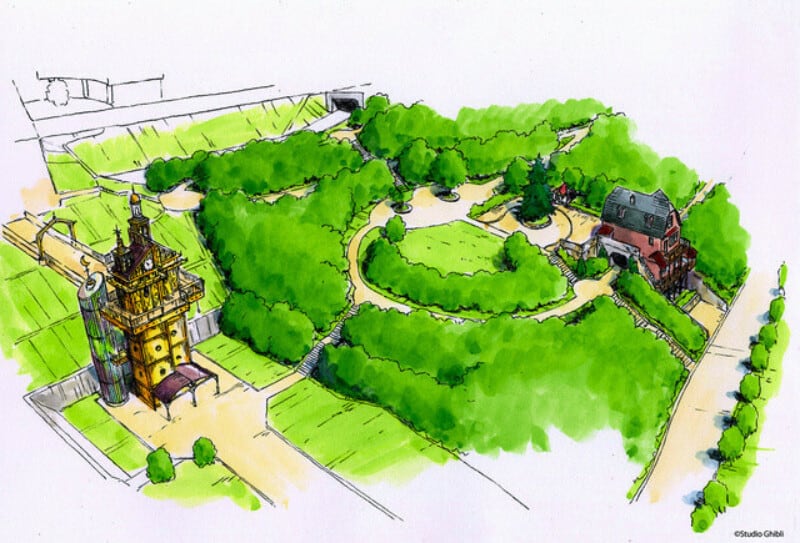 Ghibli Park will be an environmentally-friendly theme park. This means that the operator will not cut done any trees to make room for future attractions. Construction will enhance and preserve any natural areas.

There will be plenty of natural, untouched space, like the settings of many Ghibli films. There will also be rides. However, the huge roller coasters often found at theme parks will not feature in favour of nature trails inspired by the movies. The focus is on immersing visitors in the worlds of Studio Ghibli.

Pirates in Batavia at Europa-Park: from destruction, to rebuilding and completion