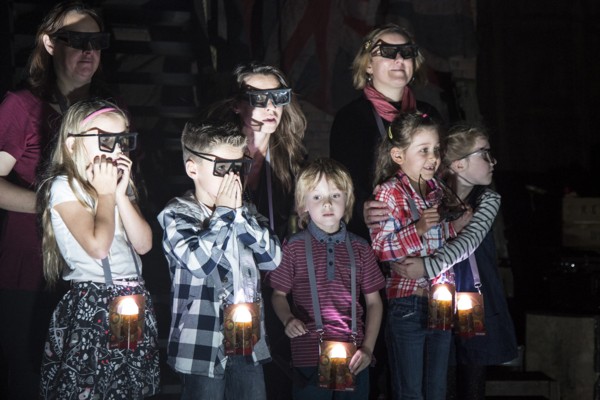 The Doctor Who Experience, an interactive walk-through adventure coupled with an exhibition of authentic objects from the popular BBC TV series, has welcomed more than half a million visitors since it first opened to the public.

The Experience makes innovative use of wearable technology and actor-guides to allow visitors to become the Doctor’s companions, progressing through a story filled with challenges such as flying the TARDIS and finding time crystals in a weeping angel infested cemetery.  Visitor feedback has been overwhelmingly positive – the Experience has been awarded a Certificate of Excellent from Trip Advisor and consistantly achieves 5 star ratings.

With the latest series coming to a close, and popularity of the show increasing especially in the US, fans are eagerly anticipating the traditional Christmas Day Special. Blooloop talked to BBC Worldwide’s Head of Exhibitions and Events,  Paula Al-Lach about the Experience and the challenges associated with being custodian of the world’s favourite Time Lord.

The Dr. Who Experience, originally based in London’s Olympia in 2011, and now in Cardiff, underwent a major regeneration of its own following the debut of the Twelfth Doctor, Peter Capaldi in 2014.  Al-Lach, working with creative designers Sarner, took the opportunity to respond to visitors’ feedback and made a more immersive, scarier experience that guests of all ages craved:

“We pride ourselves in our live events business in being genuine and current and up to date and it’s very important that anything that we’re taking to the consumer is as up to date and relevant as it can be.  On something like Dr Who we’re very much about being genuine.”

The window of opportunity to complete the upgrade was very narrow, just six weeks, and Al-Lach explains that this set the parameters of what could be achieved.

Feedback from visitors showed that they wanted the adventure to last longer,  to be scarier and to be more immersive.

Given the restrictions to changing the structure of the building and sets, it was a challenge to make the adventure experience last longer.  However, Al-Lach explains that 90 seconds were added firstly by making the adventure start right from when the visitors enter the experience with actor/guides replacing an introductory video as well as adding extra time to each individual scene.

Also visitors now exit the adventure straight onto the 1960’s TARDIS set which makes for a less abrupt ending.  Al-Lach explains that “We’ve tried to make it more seamless, to link the experience with the exhibition so you recognise that is the console you’ve just seen Peter Capaldi on and you get a bit more of the sense of the Doctor was here and that’s the real thing.”

In response to the feedback, they have consciously upped the fear-factor by including characters such as the weeping angels. Was there a danger that it would be too scary?

“Most people are managing to be brave enough, ” says Al-Lach. “We’ve never had massive drop-outs.

We worked really hard to make sure that children felt safe.  I did wonder this time whether people wouldn’t manage to get through the angels. That’s definitely the scariest part but in a good way, people seem to love it.  We do have people we have to bring out but not as many as I thought – I think it’s something to do with the interactor because they feel safe – they know who the person is who’s looking after them and they know it’s all going to be alright in the end.”

In order to make the experience more immersive, BBC Worldwide looked to both a low-tech and a high-tech solution: trained, scripted actors coupled with some ingenious, wearable technology developed by Sarner. Al-Lach explains, “We have a scripted actor in, so you actually feel much more involved in the story and that you’re all going on this adventure together.

That’s one of the best comments – people love this person that they can identify with and they feel that they’re on this adventure with. We’re developing their role – it’s quite technical because they’ve got set things that they’ve got to say with the doctor and cues that they mustn’t miss.”

The wearable technology comes in the form of a visitor pass embedded with a ‘Time Crystal’, based on the Doctor Who episode ‘Rise of the Cyberman’, which allows guests entrance to the sacred Museum of Gallifrey. Developed by Sarner specifically for the Doctor Who Experience, the Time Crystal has a special connection to the TARDIS and visitors are able to use it to help save the Doctor.

Al-Lach says, “If you’re going to a museum it’s quite normal to be given a lanyard or badge to wear while you’re in there so it was about how can we make this part of the story.”

Technology already existed for wristbands that used RF (radio frequency) but this wouldn’t work at the Experience. Ross Magri from Sarner explains:  “We couldn’t use RF (radio frequency) because you can’t define a specific zone. TV or radio signals get through the walls.”The solution was infra-red. “It was the best way of regulating our communication to the pendant when they’re in each of the zones without having a spill over into other areas.”

Al-Lach says that the combination of the interactor and the pendant means that visitors are more involved and feel they are actually doing something to progress the story. She praises Sarner’s work on the Doctor Who Experience, saying “We’ve been working with them since 2010.

Michael Bennet is their creative director and he is fantastic to work with. He never ceases to amaze me with just how he comes up with these new ideas. He constantly brings new things to the table particularly when he gets onsite. Little gems – it’s his attention to detail that’s really good. We’ve worked really well with them on this project and their creativity is really important to what we do.”

Al-Lach understands the huge responsibility that goes with presenting an icon like Doctor Who in a new context. She says that, thanks to social media, if you get something wrong, you soon know about it.

“The fans are really responsive. We work really closely with the television production team and everything that we do is in discussion with them because it absolutely has to be. I can’t stress enough about the authenticity – we have people we know that are fans that I just talk to. I have the utmost respect for the fans and what they need and I constantly try to listen to what they want from events. I think it helps not being a die-hard fan when you’re doing something like the Experience because I can take a very objective view about the balance of content.”

Al-Lach admits that when she first approached the project, she imagined the exhibition would interest the adults and the Experience would captivate the children. The reality has been rather different:

“What we found is that they love it all and the adults would say to us , ‘I loved that adventure, that’s what I always wanted when I was  eight, to go inside the TARDIS and help the doctor,  so it’s helped me become  a child again or live an ambition that I’ve always had.’  And, the children are absolutely fascinated by being able to get up close to all the costumes and monster and learn about how it all works and seeing the set and the radiophonic workshop.”

Looking to the Future

So, what does the future hold?

“We’re always looking to expand on what we’re doing, ” says Al-Lach.  “We’ve done things like the convention and the big celebration and the symphonic spectacular. We’re always saying to ourselves – what else would the fans like? How else would they like to engage with the brand? We’re always looking at new technology.  Everything that we do is based on what the fans have said to us or what they would like to do and that’s our starting point when we’re creating something new.” 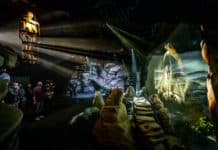 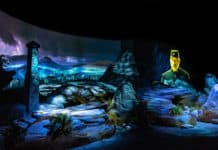