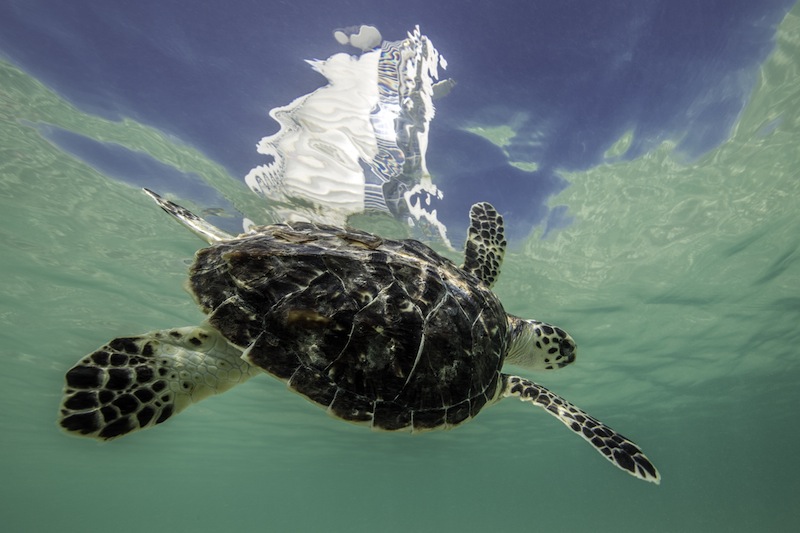 The aquarium at Burj Al Arab is an integral part of the world’s most luxurious hotel.  In three segments, the aquarium provides an ornamental backdrop in the lobby and complements and adorns the guests’ dining experience both in the private dining area and in Al Mahara, the Burj’s signature seafood restaurant.

The aquarium is also the site of ground-breaking conservation initiatives, the most notable being their sea turtle rehabilitation project which is run in collaboration with the Jumeirah Group and Dubai’s Wildlife Protection Office.

David Robinson, a marine biologist from Yorkshire in the UK is the Assistant  Manager within  the Burj Al Arab’s aquarium department working alongside Warren Baverstock, the aquarium operations manager (see our earlier interview with Warren here).  He has been employed in this position for over eight years, helping to run the aquarium department and also working closely on the turtle project.

He spoke to Blooloop about conservation initiatives and the difficulties inherent in trying to conserve species that swim thousands of kilometres, across international boundaries.

Working at the Burj Al Arab brings a set of unique challenges and considerations. Far from being stand-alone, the aquarium is, as Robinson puts it,   “…an interesting concept: it’s an aquarium within a hotel and, the world’s most luxurious hotel at that. It’s a contrast of things, especially with our job as we’re very conservation oriented.”

The Burj Al Arab is an icon for Dubai, and operating an ecocentric aquarium within the high-profile stamping-ground of the super-wealthy must bring with it a constant pressure to provide a spectacle. But there are advantages.

“It makes our life easier in some ways. One aspect is that it’s easier to grab people’s attention and also raise awareness of initiatives; people associate the turtle project, which is quite special, with Burj Al Arab. One of our initiatives is to captivate people’s attention with photography and that’s obviously easier to do with the association between the turtles and Burj Al Arab.”

“People  remember that we have a turtle rescue project here at Burj Al Arab now. Social media – especially Facebook – has helped spread the word about the project and also helps us to communicate easily with the local community. Over the past five years, the number of turtles we have received has increased, which we don’t think is due to more turtles washing up, but to raised awareness of the project so people know where to bring them.”

The turtle project celebrated its tenth anniversary last year, and throughout the year released over 150 sea turtles back into the wild. Essentially, the team take sick and injured turtles from around the region and rehabilitate and release them once they are well again. The aquarium at Burj Al Arab is the intensive care unit for the turtles, and there are two outside enclosures for the final stages of recovery prior to release.

Robinson explains: “…The Turtle project is run in collaboration with the Wildlife Protection Office in Dubai, sea turtles are protected

by law in the UAE, so that’s how the project got off the ground and how we’re allowed to do what we do. We’ve released over 710 turtles to date, the majority of them from 2009 onwards.

"With the rise of social media, communication has become a lot easier: everyone has smart phones now; people are tweeting. It’s great for us and for turtles too, anybody who finds a sick or injured sea turtle can get access to us quite easily.

“We work very hard when sick and injured turtles are brought in to us. People associate Dubai with heat, but in the winter it gets quite cold, and the water temperature drops to quite low levels, sometimes as low as 15 or 16 degrees which is very cold for turtles.

"So in winter, the youngest animals sometimes get caught out and get sick, a symptom of which is epibionts, which are barnacles growing on their carapaces. This barnacle encrustation starts a vicious circle, meaning they have to work much harder to swim and eventually they tire, especially during stormy periods.  They then wash up on the beaches here in the UAE [United Arab Emirates], which is when people walking on the beach find them.”

It is members of  the public and conservation orientated organisations who actually bring the sick turtles to the aquarium; one year 350 were brought in within three months. The majority of turtles brought in to us are Hawksbills which are listed as critically endangered on the IUCN Red List and so,  we consider it to be extremely important to get them back into the wild where they can eventually take their place as part of the breeding population.

“For the future, we’ll be continuing exactly what we’re doing and hopefully advancing our protocols.  There are many other rehabilitation projects around the world, but at the moment, we’re the only project based in the Middle East that specialises in sea turtle rehabilitation. We’re constantly in communication with vets and biologists around the world and knowledge is constantly advancing. We’re hoping to become more and more successful at what we do.

Satellite tagging is quite expensive, but thanks to support form the Jumeirah Group, the aquarium team tag as many turtles as possible prior in order to observe their behaviour after release.

“Do they start forming normal home ranges? Are they hanging out in seagrass beds if they’re green turtles or coral reefs if they’re hawksbills?  That’s part of what we’re doing and assessing every single time we release. “

They are now starting to work with smaller tags and able to tag smaller turtles. Advanced satellite tagging technology has evolved

over the last five years and, for the first time, they are at the point where they have been able to start tagging juvenile turtles:

“Juveniles are the majority of what we receive and nobody really knows much about them at this stage in their life cycle. We’re now trying to change that with our satellite tagging initiative. We’re actually just writing our first turtle related paper.

"I’m working through all the data at the moment from the first set of tags that we’ve done, and looking at the home ranges from them and seeing how they’ve behaved, and I’d say that yes, rehabilitated turtles do integrate back into the wild quite successfully; actually, even after long periods of rehabilitation, especially the larger ones.”

But then, some of these animals are 100 kilos, meaning that they are in the region of sixty or seventy years old, and even if they spend four months recuperating in captivity, that experience is unlikely to make any impact whatsoever.

Robinson expands on this: “ In fact, we had one turtle that took one day to orientate itself and then it went straight back to the place it was found. It then swam over to Iran for a brief period then came back to the exact same spot: her little home off the coast of the UAE, which shows they have amazing navigational abilities. Turtles have amazing instinctive abilities, for instance, navigation is certainly not a learned behaviour, when they hatch they have no maternal care whatsoever.  So, these guys are out there, know what to do and they know how to do it and this they were born with. So we’re quite lucky in that aspect, they get straight back into it and on with their lives, which really helps us with the rehabilitation.”

Robinson is currently doing his PHD with Heriot-Watt University – which finishes this year–and is investigating the ecology of whale sharks in the region.

“I’ve been doing it for about five years, nothing has been done in this region on whale sharks, so what I’m attempting to do with my Ph.D. is formulate baseline data so that people after me who want to do population assessments can  have a baseline to work against, are populations increasing or decreasing and so forth.

It’s gone very well; I’ve certainly discovered a lot about whale sharks in the region, and where they go and what they do. We have a

big satellite tracking initiative, we’re also looking at genetics and the  population as a whole, what they’re feeding on,  why they’re here basically. Satellite tracking gives us a good idea of movements, just like the turtles, and again this is the first time this has been done in this region.”

Whale sharks, like turtles, are protected in the UAE by law which is the highest level of protection they can be given within that country. Whale sharks are also listed on Appendix two of CITES which means international trade is restricted. However, if a whale shark is caught in a country where it is not protected by law, the animal and its parts can be utilised within that country.

Speaking about the limitation of conservation initiatives,  “Here in the UAE we’re pretty forward in terms of aspects of conservation for charismatic megafauna such as turtles and whale sharks. But then there are large areas of the region where they’re not protected, and of course, sharks and turtles don’t recognise international boundaries, they swim freely and can easily move into regions where their life is threatened. We’ve had a turtle swimming from here right through to Thailand, an 8, 600 km journey.  It passed through a lot of other countries: down the coast of Oman, over to the coast of Africa, through the Maldives and around Sri Lanka.  There are different levels of protection afforded to turtles in all of these countries, some of them have none whatsoever, so it’s very difficult ensuring the conservation of species that travel such great distances and involving international boundaries.

Robinson plans, once his Ph.D. is complete, to start some further conservation initiatives, concentrating on some of the less immediately media-friendly species.

“I attended a conference in Durban, and one of the things highlighted was the attention that has been given to large, charismatic sharks: whale sharks, tiger sharks, great white sharks etc. People like them because they are large and they make great stories. I think for my next project I’d like to focus on something a little bit smaller, something that’s not as charismatic but is probably more in need of help than whale sharks or one of the larger, more charismatic animals.

"There was an initiative at the conference called 'Rays Need Love Too' to encourage researchers to focus on the less charismatic and smaller species. Globally, there’s relatively little research focusing on rays or the smaller less ‘cool’ sharks. So, in the future I’d like to focus on one of these less popular animals, a smaller shark maybe that needs some help, and try and raise awareness of these guys . That’s the direction I’d like to go in.”

The Theme Park Guy Prepares for his Next Ride 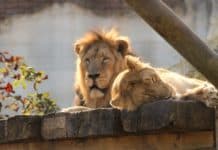