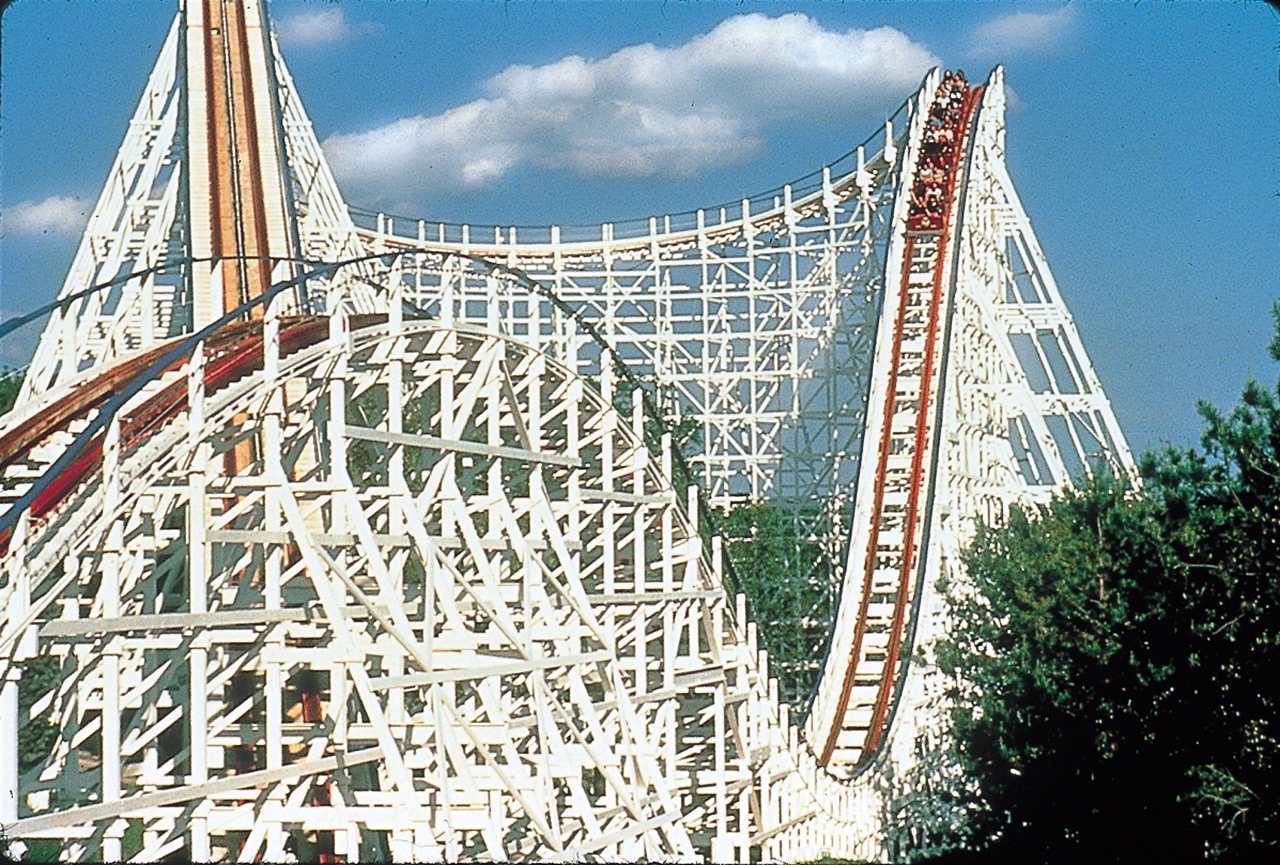 Six Flags St. Louis has come a long way under the watchful eye of its president, Dave Roemer. Roemer, by contrast, grew up just six miles down the road.

He has been with the company, on and off, for much of his working life and has observed how regional theme parks are better able to cope with economic uncertainty: “We’re very fortunate, because when the economy has big swings, we’re still in the backyard.”

In his current role he has overseen the introduction of iconic rides such American Thunder, Boomerang and most recently, the 4D, interactive dark ride, Justice League: Battle for Metropolis. Next year sees the installation of the giant looping thrill ride, Fireball.

He spoke to Blooloop about Six Flags St. Louis and the park’s long history of offering world-beating rides.

Six Flags St. Louis didn’t come into being until after Roemer left high school. It opened in Missouri in 1971 as Six Flags Over Mid-America. The third theme park in the Six Flags chain, and the last to be built under the Six Flags name, it remains the only park completely owned and operated by Six Flags.

Driving past one day on his way to a job interview, Roemer decided to drop by and have a look. By the time he reached home there was a message for him from the park: he returned their call and was offered a job in their mailroom.

“So I got the job and worked for Six Flags for quite a period of time, ” he says. “I worked in the mailroom, then in the warehouse in the purchasing department, and in the early 1980s I had the opportunity to go to Six Flags, Texas and be their purchasing and warehouse manager there, for about three years.”

Back in St. Louis, there was a brief hiatus while Roemer and his wife ran a Sears Catalogue store together, before Roemer returned to Six Flags St Louis as purchasing and warehouse manager.

In the late 1990s, he was offered the position of Corporate Purchasing Director:

“… which was a great job – I got to go travel – at that time we had about thirty parks – I got to visit each park and get the lay of the land.”

In 2001, Tom Iven, then President at Six Flags St Louis, moved on and Roemer was offered the job. He’s been doing it ever since.

The Six Flags brand dates back to 1961 when the first park, Six Flags over Texas, was opened by a Texas landowner and real estate developer, Angus G Wynne. He had been to Disneyland in Anaheim, California and returned to Arlington, Texas, with the idea of creating an amusement park.

“He came up with the premise. And, what people don’t realise, is how innovative Six Flags was then, and how innovative we continue to be, ” says Roemer.

One of Wynne’s innovations was one-ticket pricing, unique in the industry at the time, and something that endures at Six Flags to this day.

Gradually, these original attractions, apart from the railroad, were replaced by coasters, log flumes and chute rides including the world’s first tubular steel coaster, manufactured by Arrow Development Company.  It is still in use as part of the Runaway Mine Train ride.

In 1967, Six Flags over Georgia was opened followed by Six Flags Mid-America (now Six Flags St. Louis). These would be the only three parks actually constructed by the company which was gradually acquiring independent parks including the Great America theme park in Illinois in 1984.

As a result of its acquisition of Great America, Six Flags acquired the rights to Time Warner/Warner Bros. Looney Tunes animated characters for use in Six Flags properties.

1976 saw the opening of the Screamin’ Eagle (right) at Six Flags St Louis, then the longest, tallest, fastest wooden roller-coaster in the world, as confirmed by the Guinness Book of Records. The Screamin’ Eagle was manufactured by Philadelphia Toboggan Coasters and was the last coaster designed by the renowned John Allen. Allen believed a coaster should inspire awe, not only from a ride full of thrills, but also from its magnificent beauty.

“It held that world record for two years, and it’s still up there on the hill, ” says Roemer. “It’s a great coaster and we have a lot of people come out here to ride it because of its history.”

Waterpark and theme park – two for the price of one

In 1999, a waterpark was added to the St. Louis site allowing guests entry to two parks for the price of one.

Speaking about the change in customer expectations, Roemer says:

“I think our competition right now is for discretionary time. There are obviously competitors in the market that surround us, and surround every park, and competition is good, because if everybody exceeds a certain level of competition, it makes people want to go and explore those parks. Really, it’s discretionary time now, where folks really don’t take the time they did years ago.

“When I was a child, Sunday afternoon drives were a big thing. People now consume things in shorter spans.”

“The season pass is one of the things that have evolved in this industry, allowing guests to consume the product as they see fit, in smaller increments.”

“We’ve talked a little about what an innovative company Six Flags is. This ride really takes that innovation to a brand new level. When you take a ride that has all these components, the 3D viewing, the gaming, the motion of the cars, it’s something that’s not been out there before.

“We’re really thrilled to be able to land that ride here, at Six Flags St Louis, as I’m sure my good friend Steve Martindale was happy to get it at Six Flags Over Texas.

“I love rides that the whole family can get on, and what makes this ride so amazing is it has a gaming element, a 3D element and a ride element. We actually have a virtual loop in this ride; we have a virtual barrel-roll in this ride, so with the combination of the 3D and the motion of the cars, we can simulate a lot of things when you go through this ride.”

Six Flags has a long relationship with Sally Corp. In fact, Sally created a dark ride at Six Flags Over Texas – Yosemite Sam’s Gold Rush Adventure – that has been operating now for twenty-three years, and had converted a dark ride for Six Flags St Louis in 2002 (Scooby Doo: The Mystery of the Scary Swamp).

“… so we became acquainted with Sally Corp. back then.”

The evolution of dark ride technology made it possible to create a dark ride that could rival a coaster for thrills.

“Our corporate design team worked with Sally Corp. and Oceaneering and Alterface and the other companies involved in the production of this ride, and came up with an idea to create a dark ride that did things that other rides had never done before.

“It also featured a storyline for the Warner Brothers and DC characters that we could incorporate into this ride, because everybody likes a story with superheroes in it. The great part about that is you get super-villains to accompany them.”

The ride is clearly living up to expectations.

“The people who come off the ride are blown away by what they have experienced.

“It does what you’d like it to do. When I see a family come off, I like to ask who scored the highest score. Some of these kids are really great gamers. Adults don’t have a chance. And, then they ride again and try to beat their score.”

A regular event at Six Flags is the annual Hallowe’en Fright Fest.

“One of the great parts about being in this business for as long as I have, is that I’ve got to watch Fright Fest grow. And this year, for St Louis and all the Six Flags parks, Fright Fest is as big and as scary as it’s ever been. And the commitment of the company is that you continue to grow that product and just take it to new levels. Thrills by day and frights by night.”

Six Flags is in the process of laying down its plans for the next year. As Roemer says,

“What you do in the off-season is you perfect your plan. We do three-year plans, five-year plans and once you get to this time of year you’re perfecting the plan for 2016, and  what we’re in the process of doing right now is analysing things that worked very well for us; things that maybe didn’t work the way we would like them to do, and evaluating how can we change those. We analyse what we have in place, and see what ride experience we don’t have here.”

2016 will see the installation of the Fireball, a giant looping thrill ride featuring a single loop in which riders will pendulum as they build momentum to propel them head over heels, spinning helplessly 360° revolutions.

“This park has a great advantage from a terrain standpoint. We have an opportunity to take rides and give them some magnificence by placing them on strategic spots in this terrain. We’ve got several very tall towers on the high spots, as well as the Screamin’ Eagle; so if you drive by on the Interstate you  can actually see the rides.

“Our plan is to put the loop – the Fireball – in that hillside. I think it’s just going to be magnificent.”

Roemer recently announced his retirement, effective from January 1st 2016.  He can look back proudly on his years at Six Flags St Louis and the many innovative and thrilling rides that he has been instrumential in introducing to the public.  Blooloop wishes him all the best. 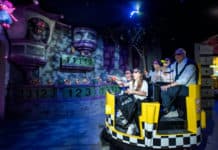 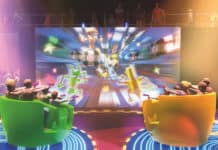