The show, in it’s 37th year, brought together professionals from over 20 countries. They were able to catch up and learn about the latest trends and developments in the waterpark business. They were also able to facilitate new deals on the trade show floor with the over 250 exhibiting companies. 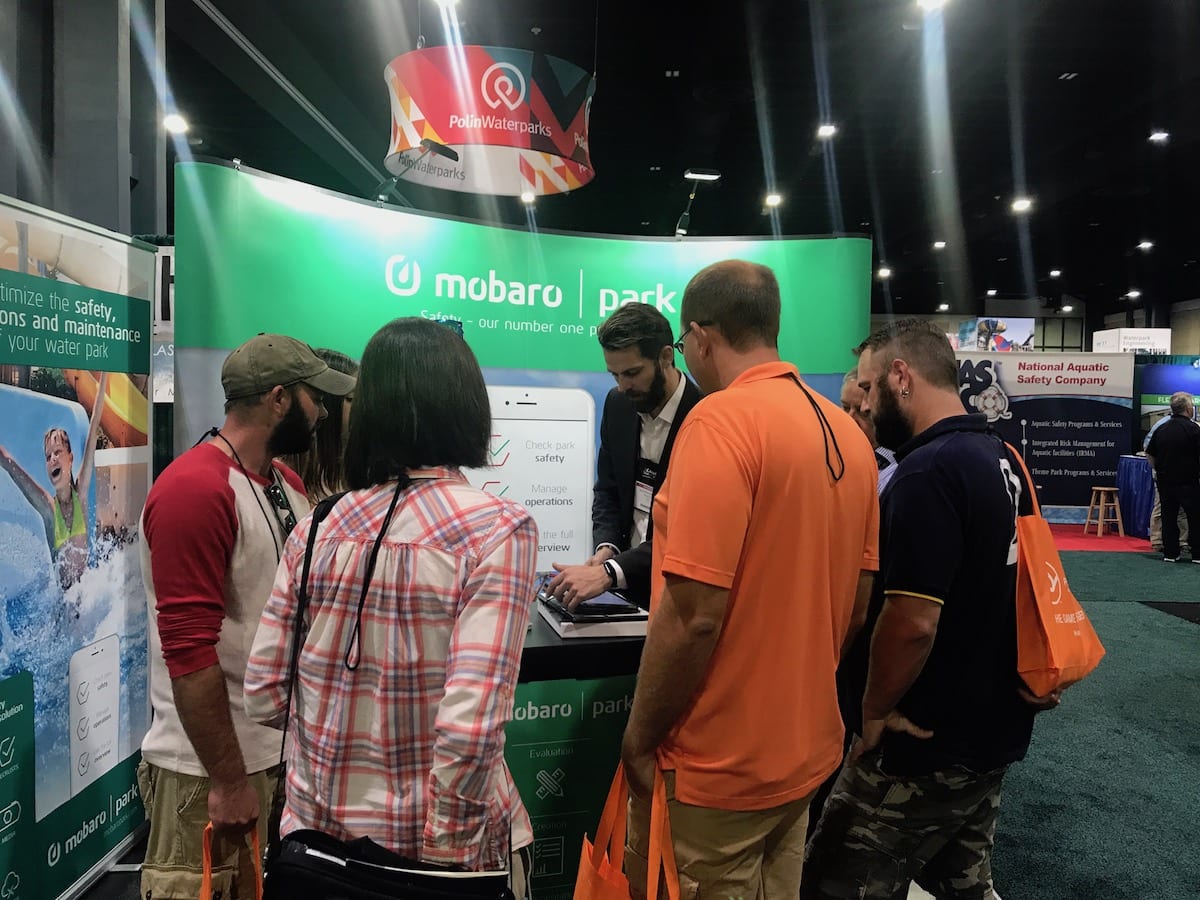 A stormy season for US waterparks

Upon arrival in Palm Beach, little remained of the destruction left by Hurricane Irma which had passed over Florida just months before. This, along with Hurricane Harvey in Texas and the devastating wildfires in California made 2017 a particularly trying time for the waterpark industry in the US, impacting many park’s summer season.

During the Opening General Session, WWA’s Chairman Steve Miklosi was supportive. “It is difficult times like these that bring the association together to gain strength and support”.

Miklosi, from Breakers Water Park, also asked the audience to focus on younger waterpark professionals. He highlighted how important it was to nurture talent and inspire the next generation of leaders in our industry, from mentoring to bringing them to future shows. 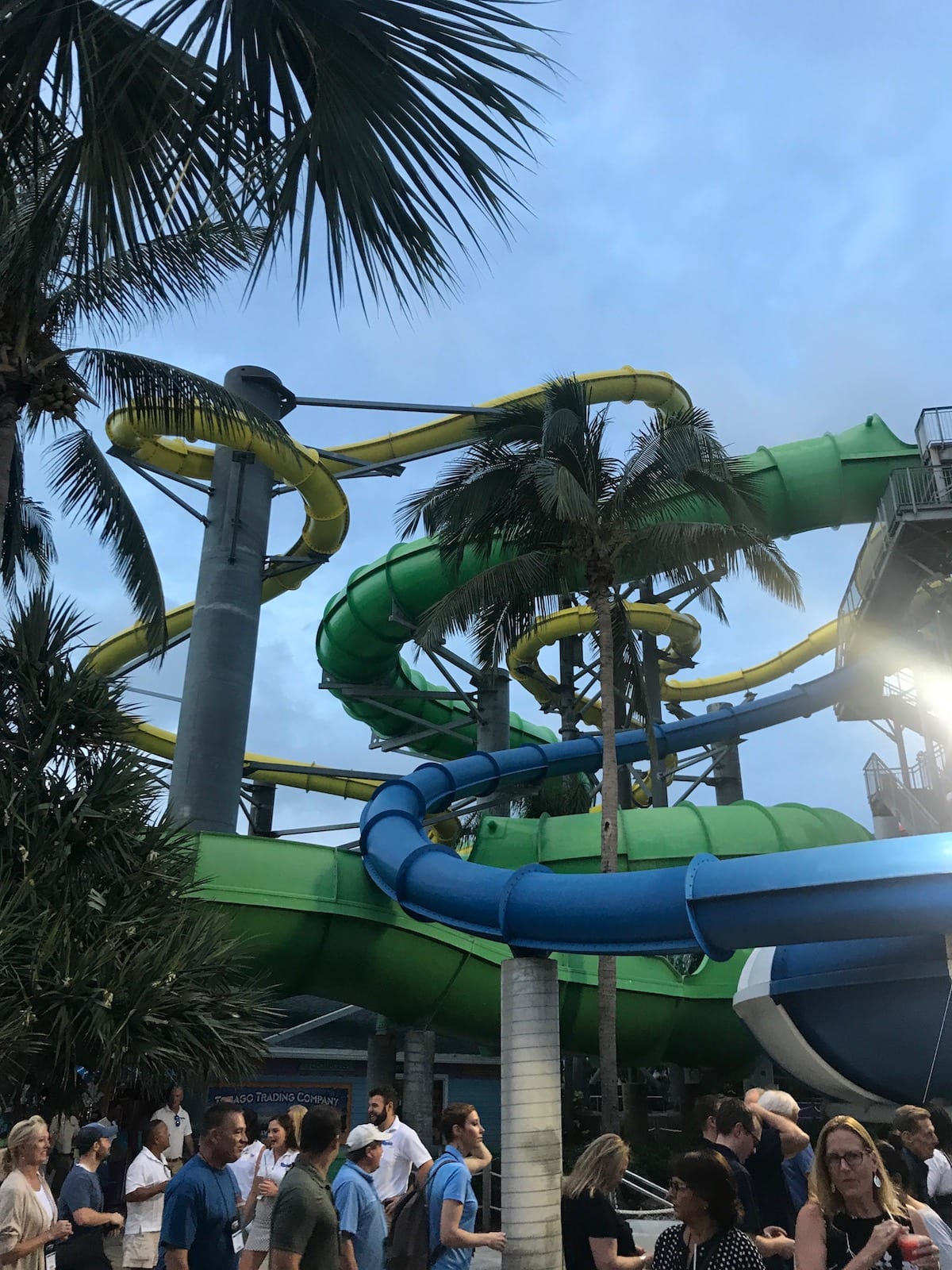 Rick Hunter, President of Proslide Technology which was also the Platinum Sponsor of the show, spoke on behalf of the suppliers at the show. “This is such a special industry to be a part of. I am very proud of all the suppliers at WWA. We all strive to achieve the very best and competition between us pushes us all to keep innovating and bring fantastic projects to life”.

Leading Edge Awards – the best of the best

During the Opening Session, the WWA awards were given out. The coveted Leading Edge Awards showcased the most innovative projects and products of the year.

Morgan’s Inspiration Island, the world’s first ultra-accessible splash park and latest addition to Morgan’s Wonderland, was recognised for its inclusion and thoughtful design allowing guests with special needs and without to play side by side. The park has designed all elements with this in mind, including the introduction of waterproof wheelchairs powered by compressed air. The theme park and waterpark business is certainly leading the way for inclusion in our industry.

Land of Legends, the $1 billion US dollar theme park in Turkey, won a Leading Edge Award with Polin Waterparks for the largest water park in Europe – the Land of Aqua. The park has an impressive 70 slides from the adrenaline pumping to the relaxing that cater for the whole family. The project brought together Rixos World Parks & Entertainment, Emaar Estate PSJC and the creative vision of Franco Dragone.

The most talked about waterpark of the year, Universal’s Volcano Bay, won a Leading Edge Award with Proslide Technology and WTI. Themed as an island in the pacific, Volcano Bay includes the 200 foot tall Krakatau Volcano the symbol of the park which also houses the Krakatau Aqua Coaster. A dozen innovative Proslide rides are at the park, including world firsts: FlyingSAUCER 60, Double TonadoWAVE 60, and TORNADO 32.

WTI used new Revit Software for 3D pool and plumbing design and for the engineering of the 17 filtration systems, 20 slides and raft rides and dozens of water features. Volcano Bay also uses cutting edge wearable tech called TapuTapu wrist bands, which although have had teething problems, will ensure a seamless guest experience from virtual queuing, to paying for food and lockers, to making special effects happen in the park.

Changbaishan Water Park, the first large indoor waterpark by Wanda gained their Leading Edge Award in collaboration with WhiteWater West which did the concept and schematic design for the park as well as 9 attractions for all ages to enjoy. The park has a snow village theme to incorporate the natural surroundings of the local area in China. 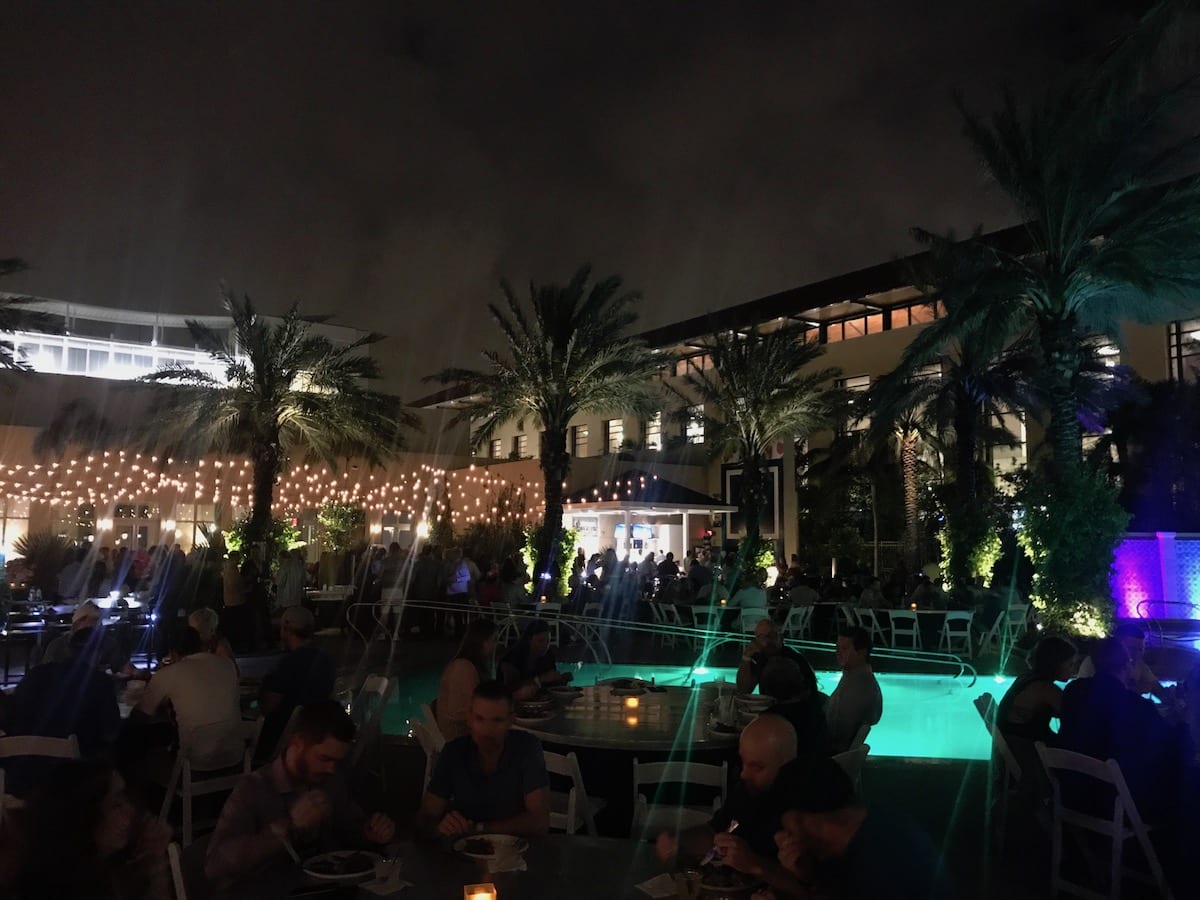 The WWA Hall of Fame welcomed more inductees this year. I was particularly blown away by Franceen Gonzales’ story of achievement, growth and industry recognition. 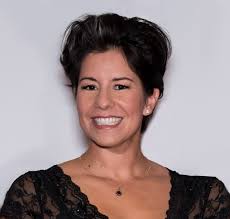 She worked at Six Flag’s Great Adventure’s flagship waterpark in New Jersey in 2004, then moved to Great Wolf Resorts in 2006 to lead their waterpark operations, opening six resorts. In 2013, Gonzales moved to the supplier side of the industry at WhiteWater West where she now leads the team servicing North and South America and the Caribbean.

Gonzales’ commitment to the industry and safety standards has spanned her entire career. She has served on many committees and boards including the WWA Safety Committee, WWA Board of Directors, Ventilation Technical Committee, ASTM F24, CMAHC, IAAPA’s Global Safety Committee and Global Manufacturers & Suppliers Committee, Swimming Pool Foundation and AIMS.

In addition, Gonzales met her husband Michael Turner whilst volunteering at her first WWA show in 1996. The pair got married in 2006 and are somewhat of a power couple in the industry. Turner is now EVP Business Development at Cavu Designwerks.

You can see all the award winners here. 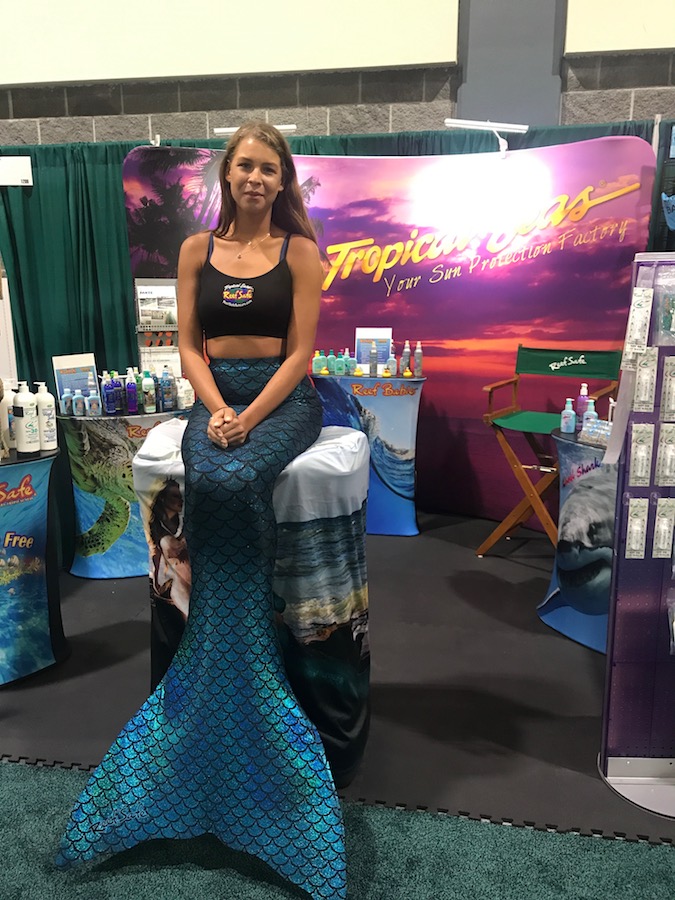 Like the people who work in waterparks, the show was very relaxed. The show had a later start time, steel drums playing on the show floor and beer for exhibitors. It was a truly chilled-out environment. Whilst footfall may have been lower than anticipated, nonetheless quality buyers were there in force. The range of suppliers on the show floor was also varied. There was even a real mermaid! 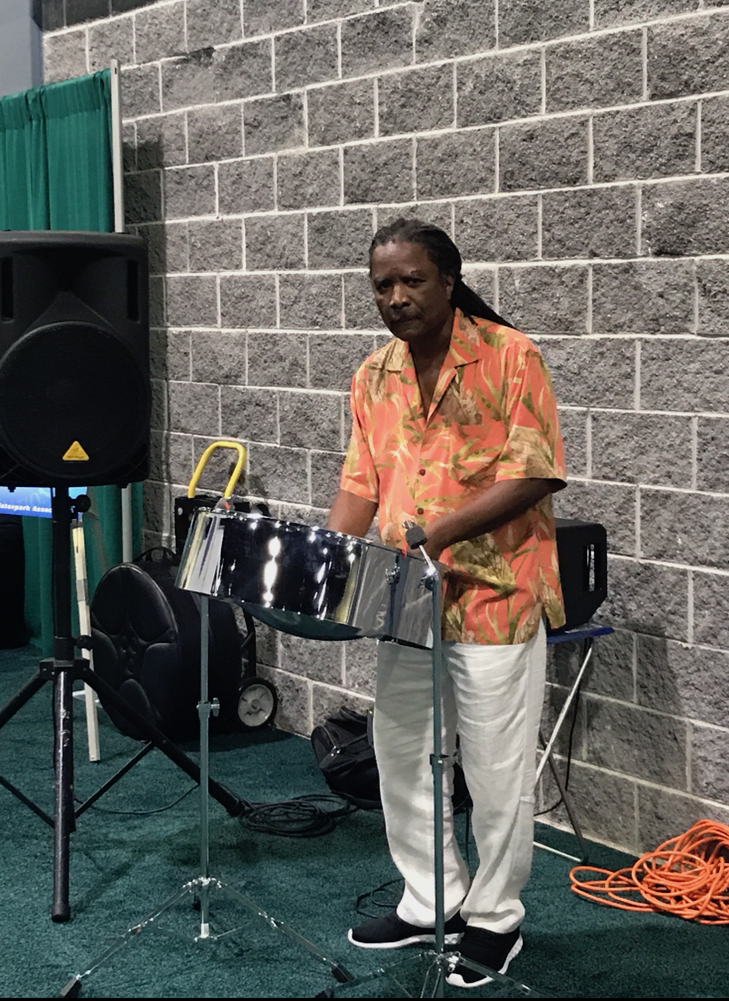 In addition to the show, a variety of education sessions, keynote sessions and workshops covered everything from crisis management and HR, to water treatment, trends and marketing.

In the session Waterpark & Resort Trends Across the Globe, David Sangree from Hotel and Leisure Advisors ran through the state of the industry in the US. (Did you know there are over 1000 waterparks in the US alone?). AECOM’s Brian Sands cast the net further afield to analyse global trends.

In particular Sands highlighted Thermas dos Laranjais – an up-and-coming waterpark in Brazil. The park has a similar climate as Orlando and can reach a huge chunk of the growing population of middle class in Brazil. This makes the park very interesting in terms of growth and future development opportunities. However, it does face the same challenges as South American attractions as a whole. These are growing visitor expectations, growing competition and economic variability. Sands noted that the Olympics has not boosted the economy in Brazil as much as expected. 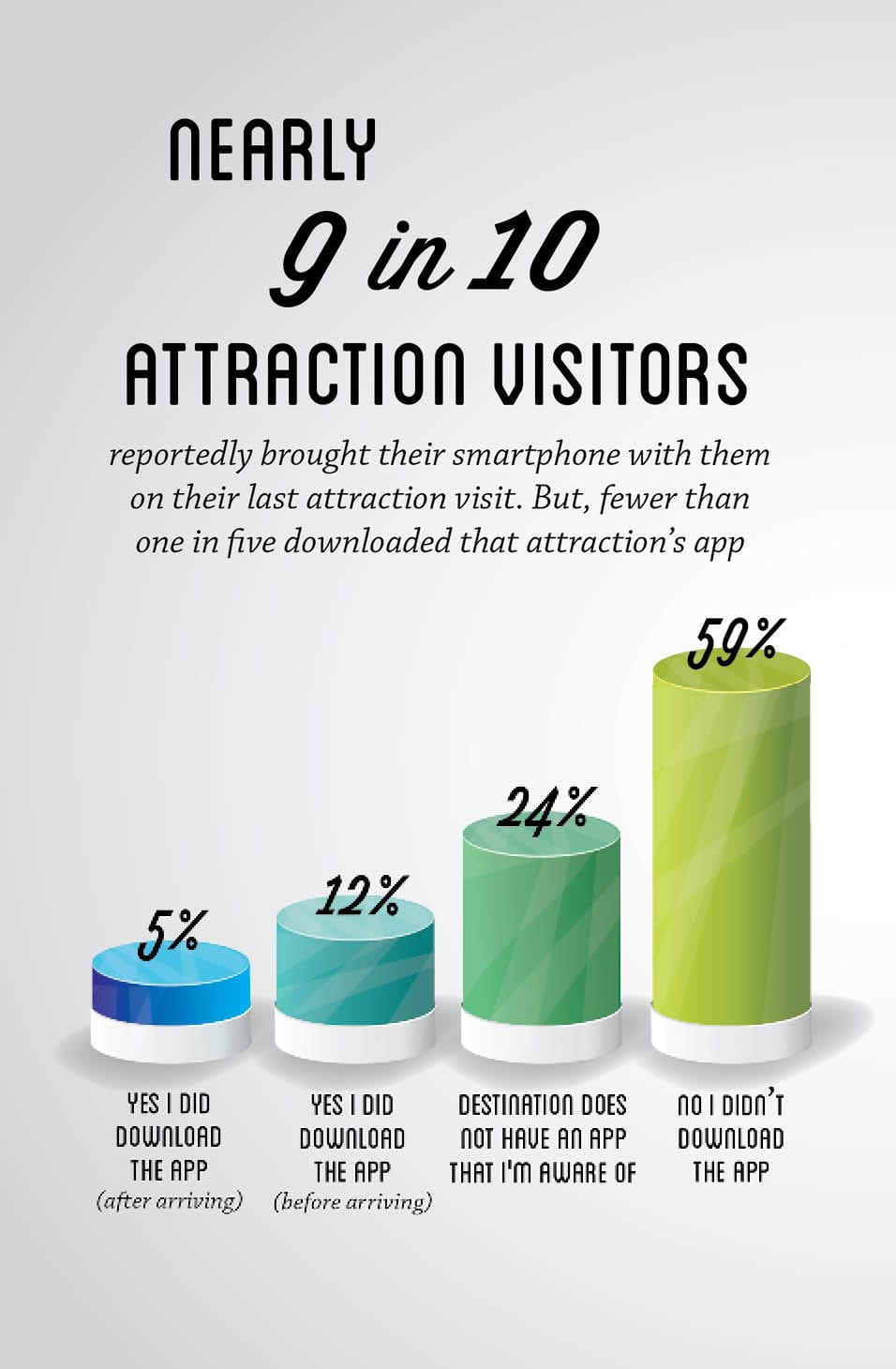 But what do your guests think?

Another talk from PGAV Destination’s Jeff Havlik, took this analysis to the level of the guest. The firm’s survey asked guests about their own expectations. Havlik shared the findings of the Annual Voice of the Visitor Report 2017, in particular focusing on waterparks.

Attendees were able to enjoy two receptions during the show. Rapids Waterpark hosted guests at the Annual Reunion Party with back stage tours including seeing the original 4 slides from opening in 1979 that are still in operation, to the state of the art Proslide Technology attractions around the park. Guests could enjoy food and wine in this great setting. On the second night, guests were able to catch up at the Hilton’s pool side before leaving the show. 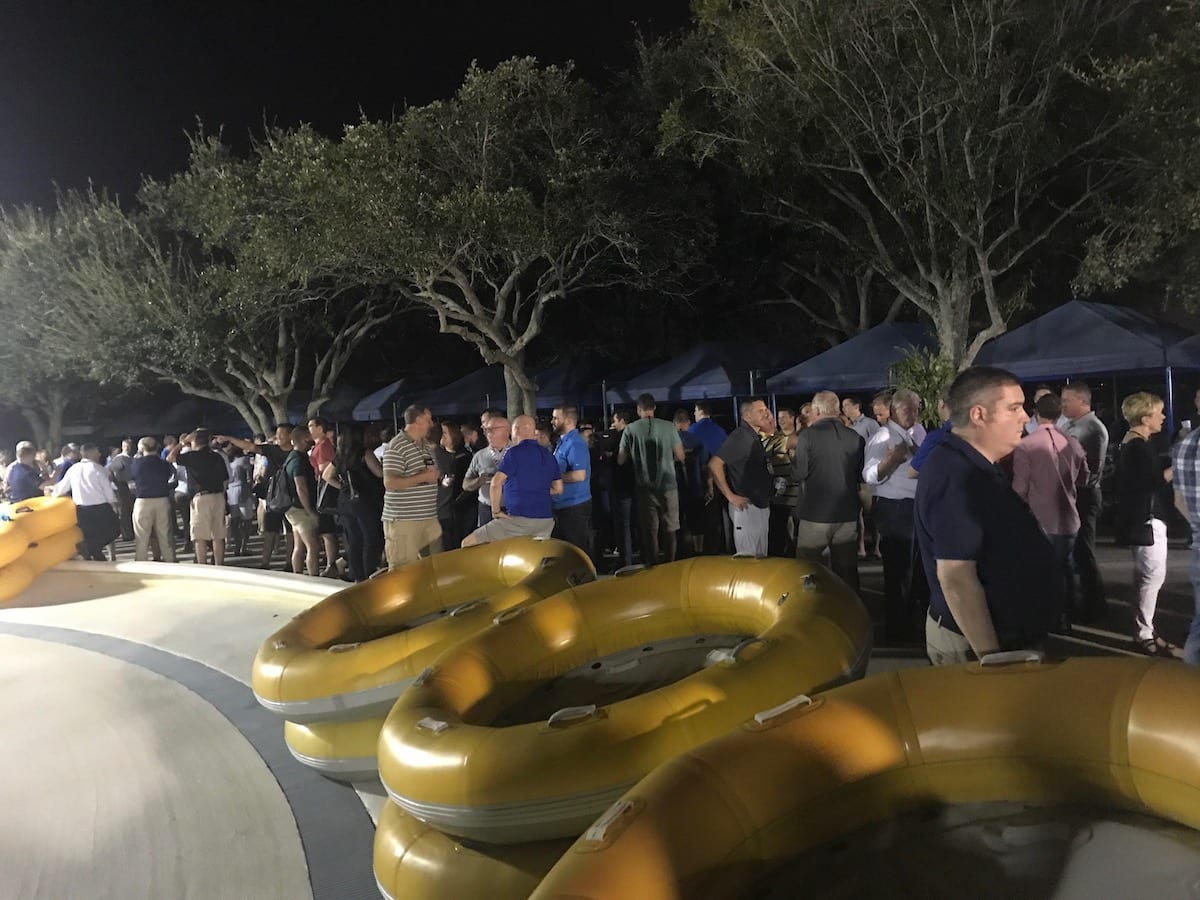 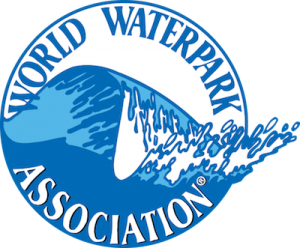 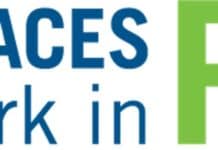