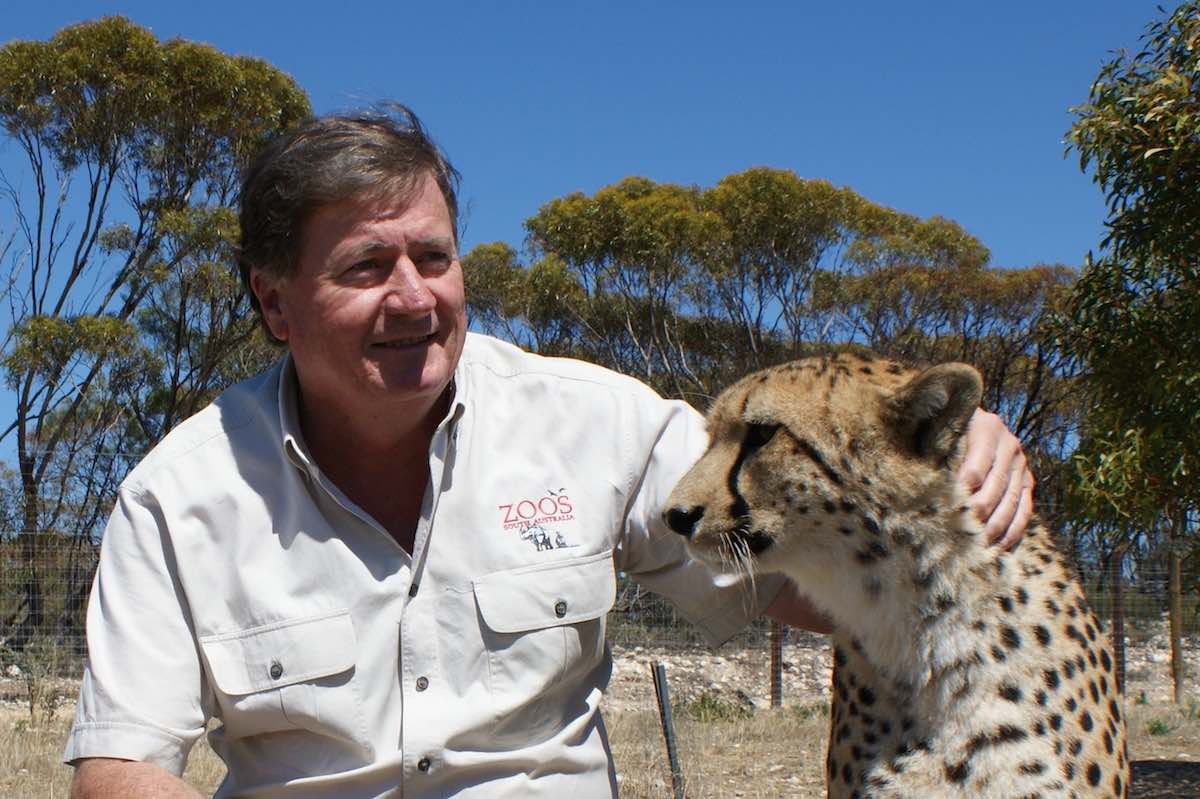 Peter Clark divides his working life between the zoos of Adelaide and Monarto. Here he tells us about Zoos South Australia’s (Zoos SA) conservation work, its renewed focus on animal welfare and exciting plans to develop the world’s largest drive-through safari outside Africa.

A fellow of the Royal Entomological Society of London, a Wildlife Conservation Associate of the WCS (NewYork) and a Paul Harris Fellow (Rotary International), he serves on the IUCN’s Species Survival Commission. In addition, he is a former chair of the Zoos and Aquarium Association’s Accreditation and Animal Welfare Committee.

And now he’s overseeing a 20-year masterplan that will transform both Adelaide Zoo and its larger sister facility in Monarto.

Peter Clark’s career began in agriculture. “I went to Papua New Guinea for a long time,” he tells Blooloop. “I began as an agricultural adviser, but very quickly got into wildlife. 30 years working with crocodiles, and then butterfly farming.”

The project he was involved with helped Papua New Guinean people in the villages to set up an industry. “It was a government run business called the Insect Farming and Trading Agency,” says Clark. “We had no funding, so we had to be self-supportive. We ended up with a couple of thousand Papua New Guineans working for us, and used to keep maybe 300,000 insects in stock.”

“New Guinea is a bit like Texas,” he continues. “Everything is big. So we had the biggest butterfly in the world, the biggest stick insect, the biggest grasshopper, the biggest moth, the longest beetle. We used to collect them from the villages; the villagers used to grow all the big butterflies, and we would pay for and then market them. We did that for a long time. And then we set up a zoo in Papua New Guinea, for the government.”

Zoos South Australia: two zoos, an hour away but a world apart

Clark returned to Australia as the first curator of the Monarto Zoo in 2003. There he became deeply involved in the introduction of new species, native species conservation projects and the zoo’s wider development.

“Since that time, I have sort of worked my way around,” says Clark. “Now I’m Director of Life Sciences over both zoos: the Adelaide Zoo and Monarto Zoo. They are completely different. Adelaide is a city zoo, which is quite small, it’s only about 20 acres. Whereas Monarto is nearly 4,000 acres, a huge, open range safari park.”

The zoos are about an hour away from each other, one in the centre of Adelaide, the other east of the city near the Murray River. 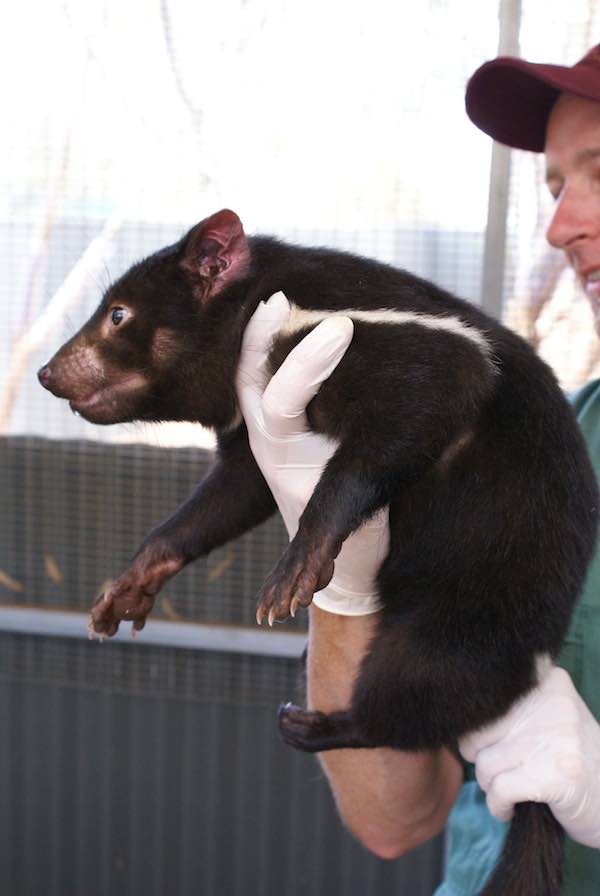 Clark has been very involved with breeding programmes and conservation initiatives since his time in New Guinea but says, “Zoos South Australia probably hits above its weight in that area. We’ve been involved in about 14 different programmes for re-establishing animals that have disappeared from our landscape over the years. We have been very successful, not just in breeding of them. We have reintroduced a number of species like bilbies, stick-nest rats, rock wallabies, mainland tammar wallabies, rock wallabies – all sorts of different animals – back into South Australia.”

Several of the species he mentions became extinct in the wild around the 1930s. “We work with those, and are starting to work with some new species like pygmy blue-tongues, a lizard thought extinct that was only rediscovered about 30 years ago. We’ve cracked the code on that, and now we are breeding them for release.”

Clark and his team are also working with Tasmanian devils, and are now sending them back to Tasmania. Likewise, the zoo is breeding Western Swamp tortoises, the rarest tortoises in Australia, to send back over to Western Australia for release.

Zoos SA also works with several overseas conservation programmes. Clark explains the selection criteria for such projects: “We are mainly trying to back up the work that in situ organisations do. So we look for organisations that work on the ground in Africa and Asia, and try and support them with finance to do their job. In Australia, we actually do all the work ourselves.” 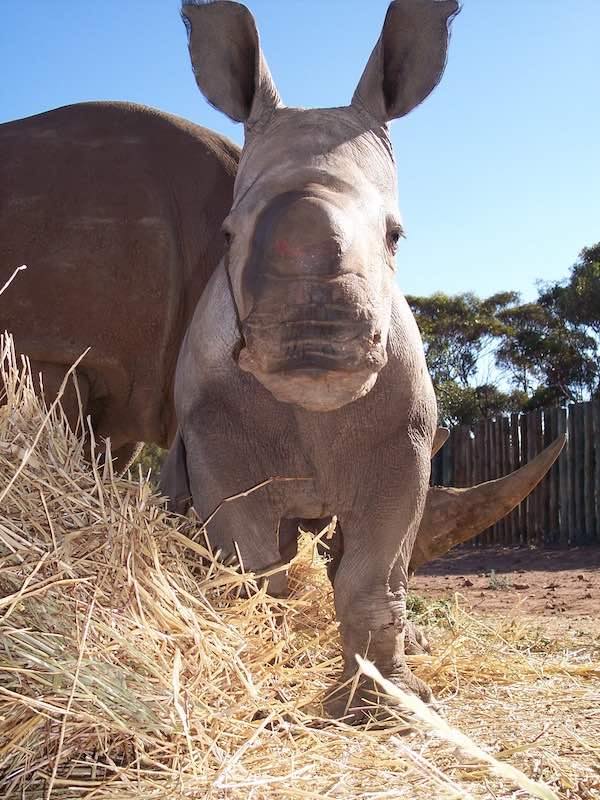 Specifically, Monarto Zoo maintains a population of white rhinos. “Rhinos are in real trouble in Africa,” says Clark. “We feel it is illogical not to think of setting up a couple of insurance populations around the world. They nearly died out last century.”

He’s not kidding. “They got down to a hundred animals at the beginning of the 1900s,” says Clark, “before managing to claw their way back up to 20,000. Now they are losing over a thousand a year to poaching. You’ve got to think, maybe we should be looking at that, before they get down to the last few animals.

“Like what happened with the northern white rhino, the western black rhino and the Malaysians subspecies of the Sumatran rhino. All those three are now dead forever. Even though there are still two female northern whites still alive, they are essentially extinct.”

Monarto Zoo’s Wild Africa development is an ambitious project that promises to be the largest drive-through safari experience outside Africa. Open-sided vehicles will pass through areas where there are cheetahs, hyenas and rhinos. In addition, there will be on-site accommodation from bush cabins to luxury glamping and a resort hotel. 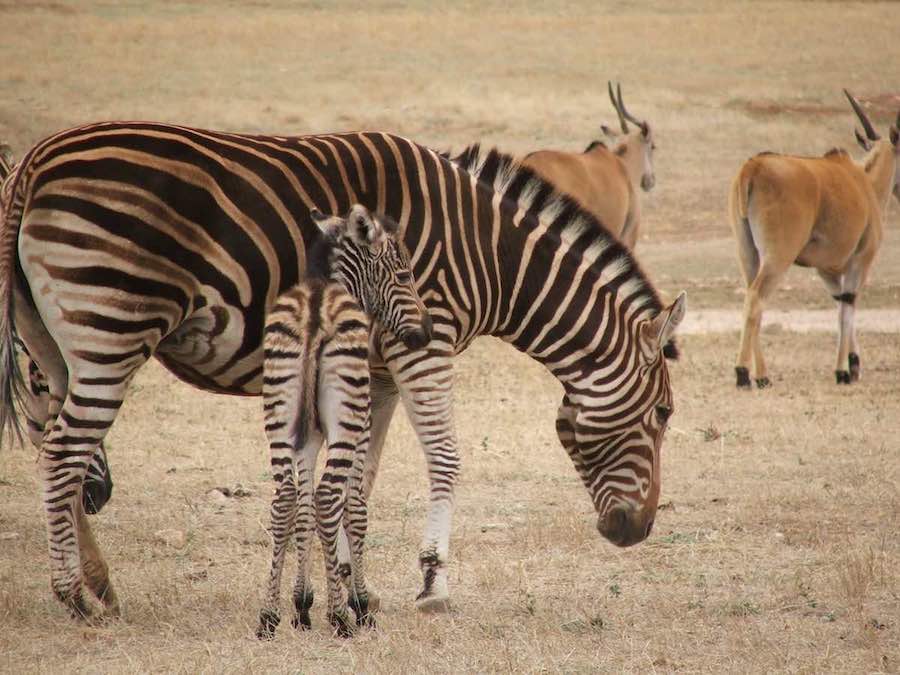 “We purchased a piece of land in 2009,” says Clark, “probably now about 1,400 acres. It is being developed in as naturalistic a situation as possible. There will be about 20km of safari tracks, together with the accommodation. It’s a really exciting project, and it’s great to be involved in.”

In the meantime, Monarto will be increasing its population of certain species, including white rhino of course. Visitors can already enjoy a walk-through 10 acre Lemur exhibit.

A reversal for the lions

“Everything is done on a larger scale,” Clark says. A case in point is the new Lions 360 exhibit. Engineered by a Mount Gambier firm and built by South Australian company Sarah Constructions, it opened was opened last November (2017). In a reversal of the stereotypical zoo trope, it puts people inside the cage. The lions, meanwhile, have the run of the surrounding 10 hectares (25 acres).

“It’s a really fantastic experience,” says Clark. “The animals can make their own decisions about whether they want to come over. They’ve got nearly 30 acres to wander around in. So they don’t have to be there if they don’t want to, but they are really interested in people. They like kids, especially.”

These two projects are line with the Monarto Zoo’s focus on plains animals, whereas the smaller Adelaide Zoo has mainly Asian and Australian animals in its care.

A new era for Adelaide Zoo

Both Lions 360 and Wild Africa form part of Zoo SA’s 20-year masterplan. The plan, which also calls for the transformation the Adelaide Zoo, has been drawn up by Adelaide-based Phillips/Pilkington Architects.

“We’ve got two aims in life,” says Clark. “One is to save animals from extinction, which we have been successful at doing with quite a few species. The second, which is almost more important, is connecting people with nature. We really believe that people, when they can see things up close, are going to get increasingly involved in conservation themselves. We take about 60,000 children a year through our two zoos. They are the ones that really take it all on board.”

A change of focus at Zoos SA 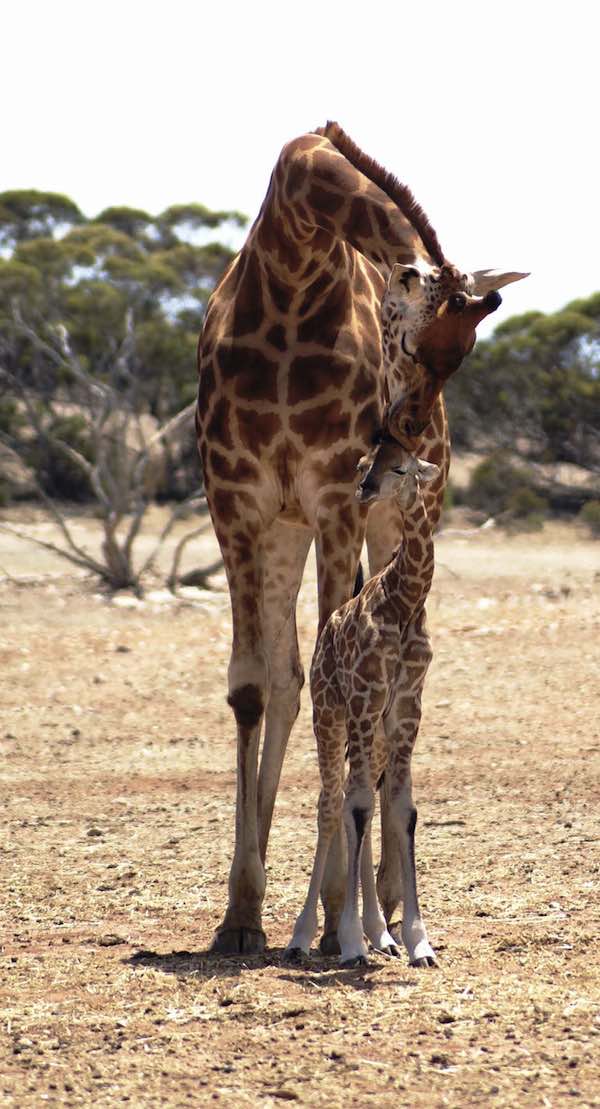 The Zoos SA Animal Welfare and Ethics Committee ensures the optimal wellbeing of all animals in the zoos’ care. In addtion, each zoo maintains full membership of the Zoo and Aquarium Association, the body representing the zoo and aquarium community throughout Australasia.

“Like everybody, we are improving,” says Clark. “Everything now is pretty much based around animal welfare. Conservation became the focus maybe 30 or 40 years ago, and then education was at the centre. Now animal welfare is the really big one.”

One positive action has been the transfer of all the African mega fauna from inner city Adelaide Zoo to open-range Monarto.

“The only two large animals we have left at Adelaide are a pair of giraffes,” says Clark, “and they are due to be moved. I see giraffes running at 40km an hour around Monarto, and I see them walking around Adelaide. That is something we have accepted is not good enough, and so our giraffe are leaving Adelaide and going out to the country.”

Animal welfare and the public

Zoos South Australia is a conservation charity, a status Peter Clark is proud of. “We are owned by about 46,000 members, not the government; the public own us.”

Public understanding about animal welfare is also improving, he says. “I’ve got a couple of students at the moment who are doing projects with us, and they ask really searching questions. People are starting to think. When they bring their young children, I often hear them making observations and comparisons. It’s great.”

I’d like to send a proposal to Peter Clark. Can you supply an electronic connection? An email address would be best.

Every great sport has a cathedral: the future of the eSports experience