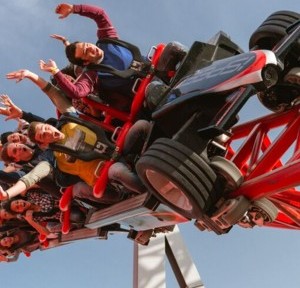 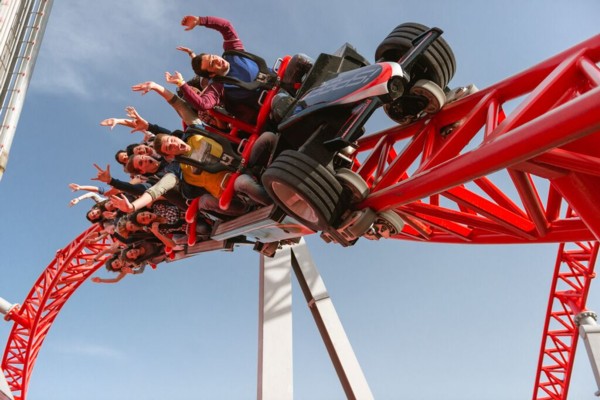 How many times have you come across an article stating that Parques Reunidos is for sale?

I’ve seen several in the past few months. Granted, the articles often qualify the assertion with “sources say”, but it seems like everyone wants to be the first to report if and when the sale happens.

After each announcement is released I go and check the Arle Capital Partners website (http://www.arle.com/) to try to determine the validity. I go to the Arle site because it accurately reported the following releases:

I have taken the liberty of posting three key pages from Candover Investments plc 2014 annual report which makes interesting reading.

(Note: The relationship between Arle and Candover is described by Candover as follows: “Our investment portfolio of 5 companies is managed by Arle Capital Partners, an independent private equity partnership formed via a buyout of Candover Partners.”) 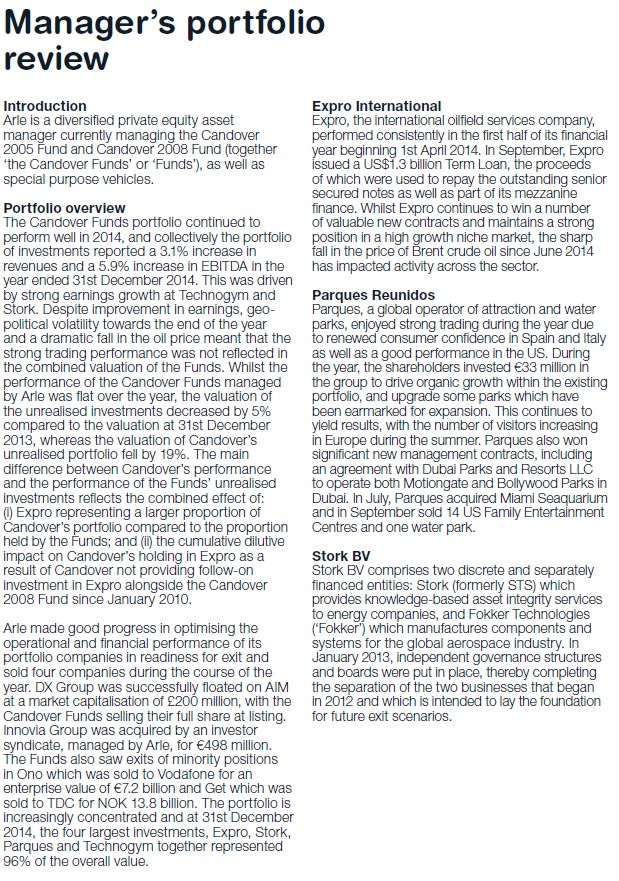 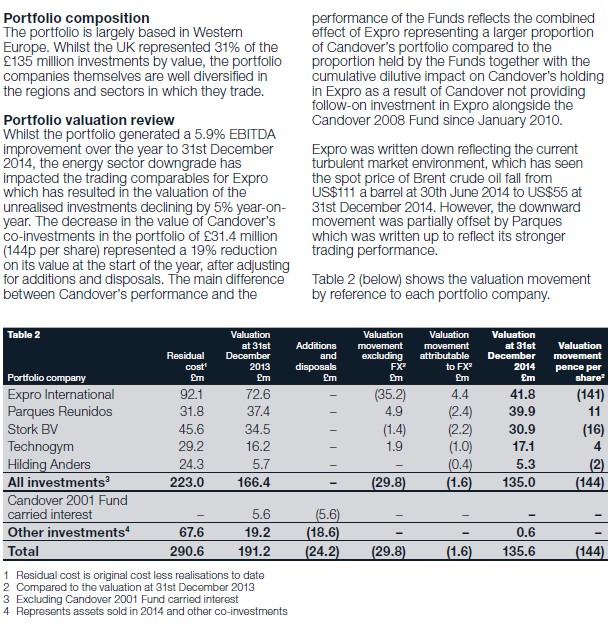 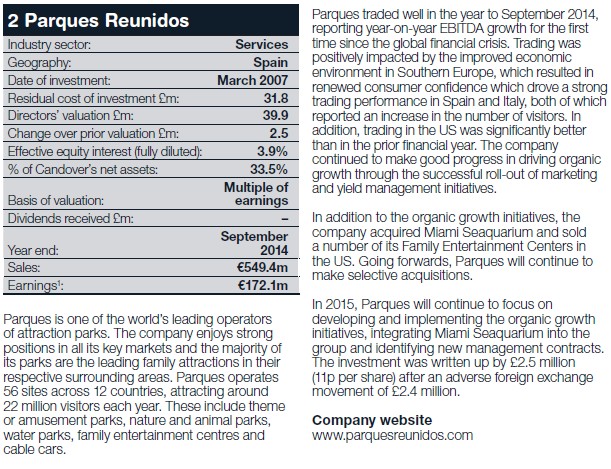