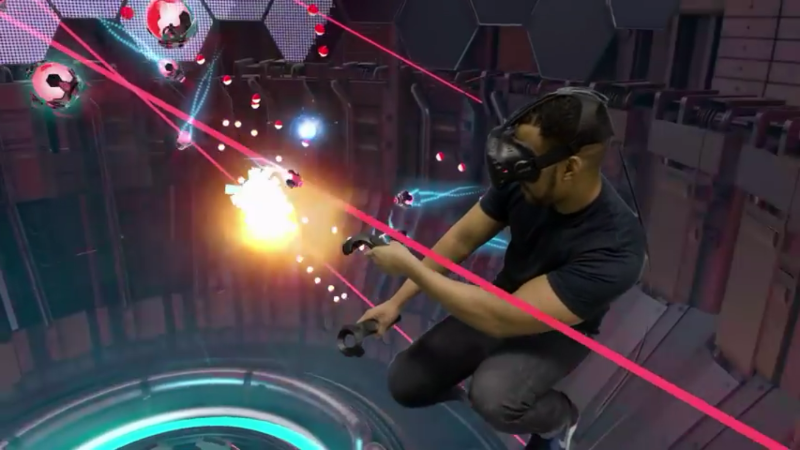 The VR centers will be built over the next 18 months – some as repurposed movie theaters and others as standalone installations.

Dreamscape’s system uses a motion-tracking technology developed by the Swiss foundation Artanim. It is comprised of a head-mounted display, small sensors worn on the hands and feet, and a backpack computer along with a suite of motion-tracking cameras.

AMC will contribute $10 million toward content creation as part of the deal. Dreamscape are yet to announce any specific titles or content partnerships just yet.

Dreamscape CEO Bruce Vaughn told The Verge: ““It’s something I learned at Disney: don’t try to put people in scenes of the movie as if they’re the actor. What you really want is the fantasy that this world actually exists, and I want to step into that world and have my own experience.”

A study from PricewaterhouseCoopers (PwC) suggests that VR technology will soon go mainstream.

Including VR in its annual Entertainment & Media Outlook forecast for the first time, PwC predicts a growth rate of 64% annually for the next five years. That would make the technology a $5 billion industry – in the US alone – by 2021. It will generate almost half as much as the cinema box office, which will grow at just 1.2% to $11.2 billion.

Meanwhile Imax has introduced a concept where consumers sit in pods to watch short form content in a chair that moves and vibrates according to the action on screen. The Imax VR Experience Centres are located in Los Angeles and New York and offer content including Raising a Rukus, an animated series from The Virtual Reality Co, co-founded by Maleficent director Robert Stromberg.