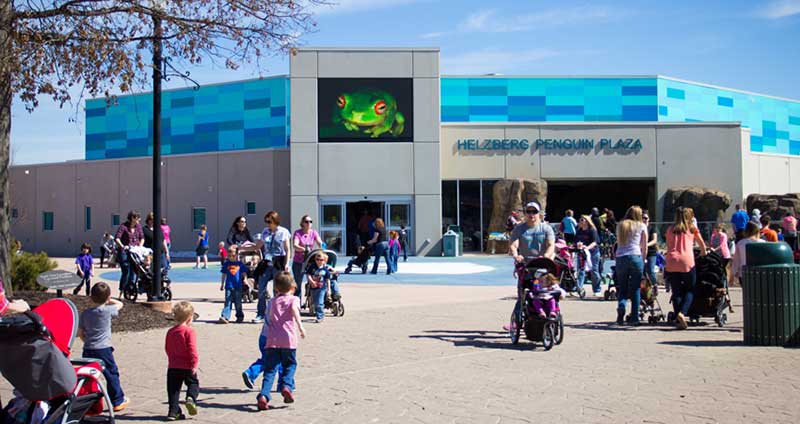 The Kansas City, Missouri City Council is expected to contribute $7 million towards a $75 million saltwater aquarium at the Kansas City Zoo.

The aquarium has been in planning for several years and would be located within the existing footprint of the Kansas City Zoo. While not finalised, zoo officials are currently considering a location near the penguin exhibit.

The aquarium has not yet been designed. It would include immersive features such as tunnels – surrounding visitors with sea life.

The aquarium will be funded from proceeds from an existing one eighth percent Zoological District sales tax. It will also be funded from “private and philanthropic resources.”

The contribution from the city would come from the public buildings portion of the General Obligation bond package.

The city’s Finance and Governance Committee will complete an initial review.

As reported in the Kansas City Star, Zoo director, Randy Wisthoff, said: “We’re looking at two ocean biomes, warmer water and colder water. We’ve got a number of species we’d like to bring in, a range of animals from sharks all the way to sea horses and jelly fish. We would take a look at sea otters and some things you don’t find in a lot of aquariums.

“We’re about as far away as you can get from an ocean (so) we’d like to bring something to Kansas City in a scope and size that would be considered a destination, a major-league aquarium.”

The aquarium at the zoo will not be intended to compete with the Sea Life Aquarium at Crown Center. Randy Wisthoff said that its aquarium will be larger and have different animals.

He said that “there are some cities of similar size that have two or three aquariums and they are all successful.”

The new aquarium at the Kansas City Zoo is expected to open in late 2021 or in early 2022.