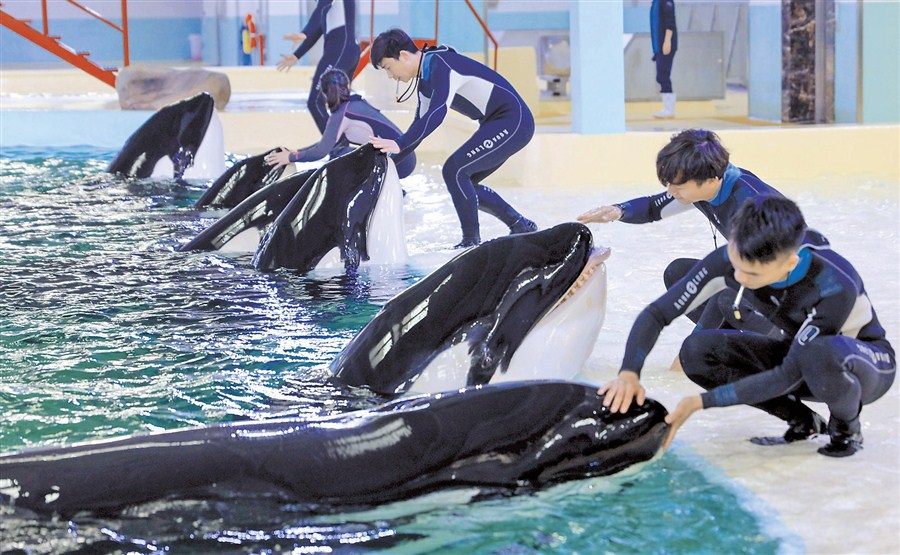 Despite SeaWorld’s much publicised decision to halt the captive breeding of orcas, Chimelong Group has opened China’s first ever orca breeding centre.

The theme park operator has created the facility at Chimelong Ocean Kingdom.

According to the state news agency, Xinhua, nine orcas (killer whales) are being kept at the centre. This total is made up of five males and four females. They range in age from 5 to 13 years old and in length from 4 metres to 6.5 meters.

The centre is believed to employ a conservation team of nearly 30 staff providing round-the-clock care for the animals.

The purpose of the centre is reportedly to ‘help cultivate the public’s awareness of whale protection, develop related studies, and progress toward killer-whale breeding.’

It is not known whether the animals will be used for performances.

The news is apparently at odds with the general consensus surrounding the practice.

SeaWorld announced their decision to end captive orca breeding in March 2016 as they launched a new vision for the company. At the time, they said the decision reflected ‘changes in society’.

Many countries have already banned captive orca breeding including Switzerland, India, and Chile. Some US states have also instigated a ban.

The Hong Kong Dolphin Conservation Society expressed concerns that Chimelong was setting a precedent that would encourage other attractions to follow suit.