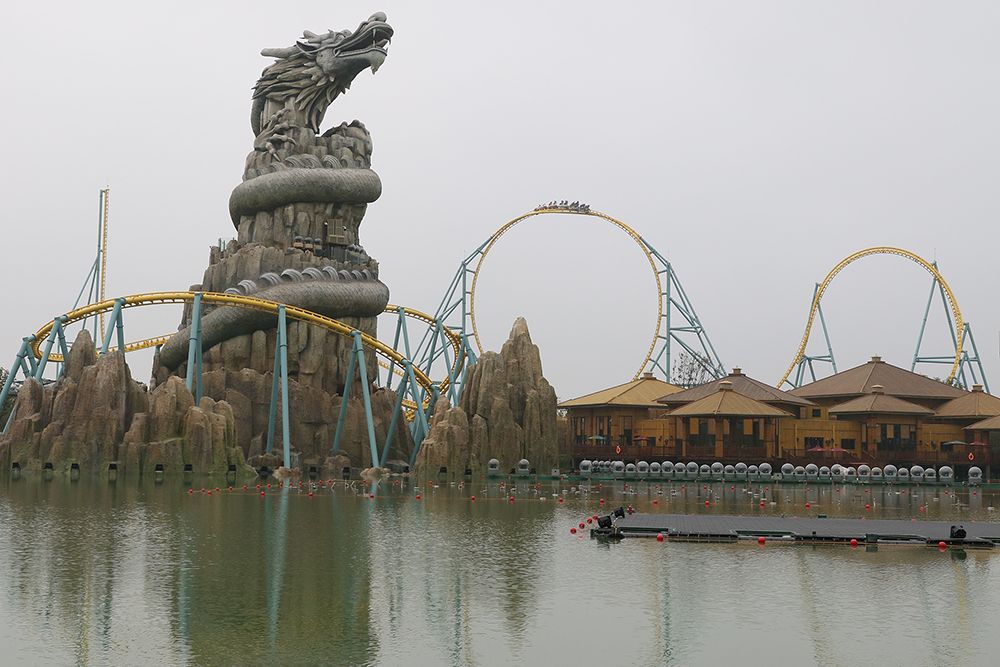 The NDRC recently announced that it would “rein in the booming theme-park industry.” The NDRC is a macroeconomic management agency which falls under the auspices of the Chinese State Council. Its plans seek to curb ‘local debt risks’, and what it calls ‘aimless construction and ‘copycatting’.

After a period of speculation, it has finally given a firm definition of its primary target – ‘mega theme parks’. It says these are parks which spread over at least 330 acres. They must have a minimum investment of US$794 million.

“Any project of that size requires the go-ahead of the powerful ministry-level NDRC,” says Beijing-based media group Caixin. “Others need only to approach provincial-level authorities.”

The move comes as part of China’s clamp down on excessive debt in both the corporate and government sectors. The organization has already targeted so-called ‘zombie companies’. These are state-owned enterprises which subsist on drip-feed subsidies. Conglomerates and local government have also come under fierce scrutiny.

Less than 18 months ago, the NDRC seemed to be very much in favour of expansion in the attractions sector. It actively encouraged the promotion of “Chinese culture.”

The Asia Times reports that the NDRC has however clarified its position in a document, saying:

“In the development of theme parks we’ve seen unclear concepts, blind construction, imitations and plagiarism, low-standard duplication and other issues.”

The move is in line with the drastic moves to clip the wings of over-extended Dalian Wanda last year.

In April the NDRC banned the practice of using theme park projects as the main driver to get permission for what are essentially real estate developments.

In the latest Theme Index, AECOM says that China’s entertainment industry is set to leapfrog over the United States as the world’s largest theme-park market by 2020.

There are thought to be around 2,000 themed complexes dotted across the country. Last year, the theme park sector grew by 27 percent compared to 2016, according to Mintel. Revenue topped $6.27 billion.

This latest NDRC directive is most likely to hit riskier developments in smaller cities.