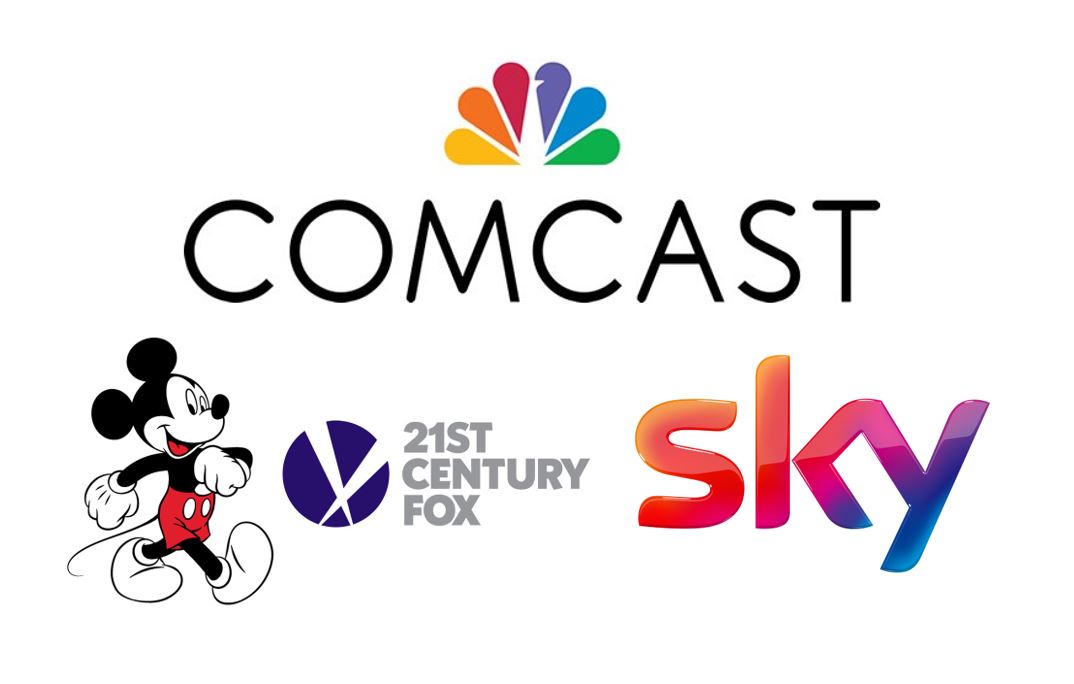 Comcast walks away from Disney battle for 21st Century Fox. The company has stated it will now focus on securing a majority share in Sky.

The battle has been rumbling since last autumn but Comcast has finally bowed out of its epic battle with Disney for Fox assets.  A statement said: “Comcast does not intend to pursue further the acquisition of the Twenty-First Century Fox assets and, instead, will focus on our recommended offer for Sky.”

Brian Roberts, chairman and CEO of Comcast Corporation, was gracious to both Fox and Disney. “I’d like to congratulate Bob Iger and the team at Disney and commend the Murdoch family and Fox for creating such a desirable and respected company.”

The battle between Comcast and Disney has been playing out since last autumn. Disney first started talking to Fox in early November 2017. However, the two sides could not agree on price and terms.  At this stage Comcast and NBCUniversal were also said to be looking at the Fox assets.

Disney to control a swathe of the Murdoch empire

Fox chose to opt for a $52.4 billion deal from Disney.  Then, in February this year, Comcast re-entered the fray, saying it would top Disney’s bid providing the merger of AT&T and Time Warner was allowed to go ahead.

Following AT&T’s court victory over the US Justice Department, Comcast did indeed come back into the game with a $65 billion offer.

With lucrative IPs ranging from The Simpsons to X Men, the stakes were high. In June, Disney countered by raising its bid to $71.3 billion.

The Justice Department approved the Disney bid and Comcast had until July 27th, when Fox shareholders are set to vote on the deal, to counter the offer.  However Brian Roberts decided not to proceed any further and withdrew Comcast from the battle. Disney’s new bid.  Disney will now control a swathe of the Murdoch empire. This will include Fox’s movie and TV studios, and television network FX, amongst others.

The battle for Sky continues

However Comcast is still in competition with Disney, this time as part of a bidding war for Sky.  Last week Comcast increased its bid to $34 billion. This trumped the fresh $32.5 billion offer from Fox (already in possession of 39 percent of Sky).  If Comcast wins Sky it would deprive Fox (and hence Disney) of a major ‘direct-to-consumer’ platform across Europe.