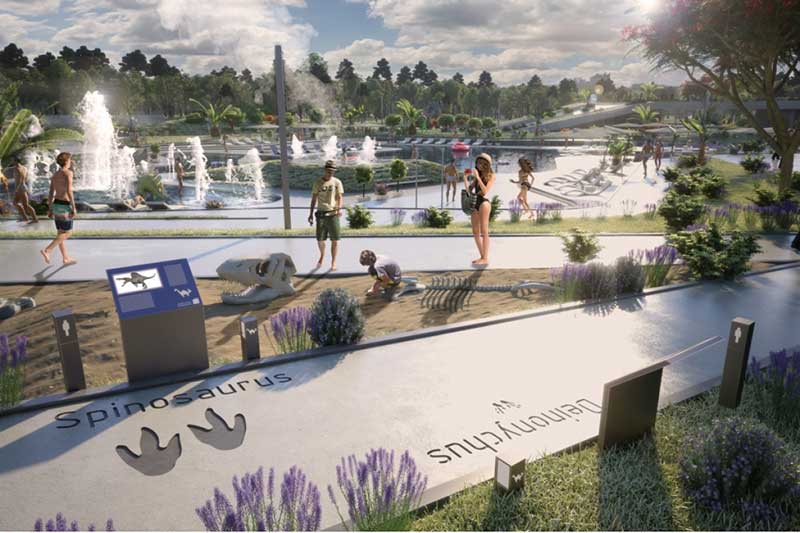 Paleo Park at Mon Perin Camping near Bale, Croatia is set to open in June 2019.

Paleo Park is a combination of a themed waterpark and an educational and research platform.

Located in the camping Mon Perin area in Bale, Croatia, the paleontological park is scheduled to open in four months.

The new tourist complex hopes to highlight the archaeological site on the coastline, and includes a theme park home to a large dino-shaped swimming pool, with a surface area of over one thousand square metres of water.

Other features include dinosaur replica models, educational walks to showcase the history of dinosaurs, an indoor restaurant, outdoor bar area, bathroom facilities and a souvenir shop.

Dinosaur fossils at Bale are about 130 million years old. At least ten dinosaur species are believed to have lived in the area.

Work on the Paleo Park is almost complete, set to finish in May or early June.

Across the pond, Field Station Dinosaurs opened at a new venue in Wichita, Kansas in 2018 after opening its first location in New Jersey in May 2012.

Blooloop previously caught up with Guy Gsell, who came up with the unique and exciting concept, to ask about the origins of the increasingly popular phenomenon, the challenges and – first and foremost – the dinosaurs.