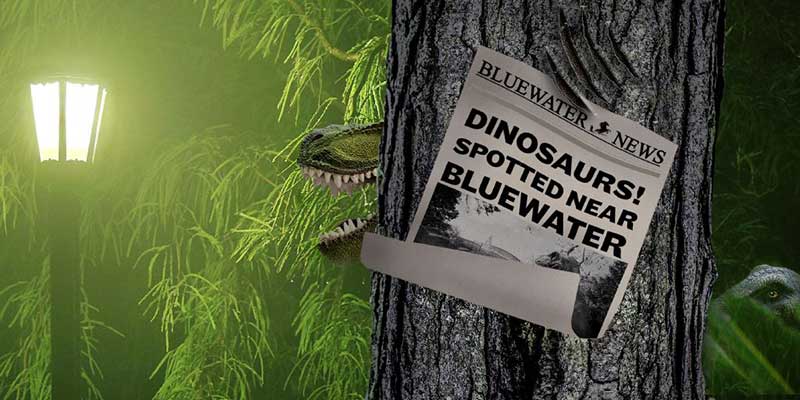 Dinotropolis will include animatronic dinosaurs and three storeys of soft play areas and dino interactives. Visitors can search for fossils in a Dino Dig attraction, and interact with giant screens.

There will also be a food outlet called the Fossil Cafe.

A spokesman for the shopping centre said: “Bluewater is all set to open the doors to Dinotropolis, the ultimate dinosaur adventure park!

“Get ready to be catapulted back in time to a forgotten era where you will see, hear, and feel what it was really like to play with the dinosaurs.

The park is expected to open in November.

Despite it being 65 million years since their last appearance on Earth, dinosaur themed experiences have an enduring appeal with younger audiences.

Universal’s Jurassic World IP is a major property in the UK and around the world.

Jurassic World: The Exhibition debuted in Paris this year and will soon move to Madrid. Jurassic World In Concert is currently touring the world. In the Concert show, fans watch the film accompanied by a live orchestral performance.

A new ride based on the 2015 Jurassic World film is coming to Universal Studios Hollywood in 2019, replacing the ageing Jurassic Park – The Ride.

Last year, Blooloop spoke with Tim Haines, Creative Director of Dinosaurs in the Wild, about the inspiration behind his latest time travel exploration.

With the rise of online shopping, many malls and shopping centres are looking to leisure to bring customers back to the physical store. Experts predict this trend will continue – as experiences are one of the few things that cannot be digitised.

Attractions and investment for Sentosa, Singapore