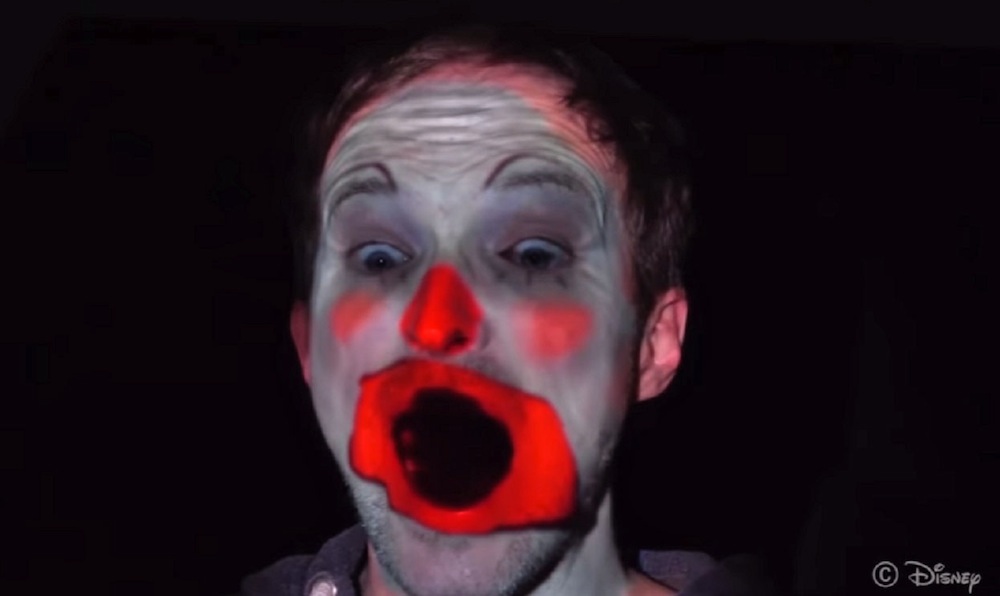 Rather than simply projecting pre-rendered images onto a performer’s face, the system monitors their facial expressions and then “paints” them with light in order to change their appearance. Makeup Lamp is the first facial projection mapping system that does not require any physical tracking markers.

In developing the technique, the issue of latency was addressed, in order that an image generated according to a specific pose is not displayed on a different facial configuration by the time it is projected.

“Our system aims at reducing latency during every step of the process, from capture, through processing, to projection,” says a statement on the Disney Research website. “Using infrared illumination, an optically and computationally aligned high-speed camera detects facial orientation as well as expression.”

Disney Research is a network of research laboratories supporting The Walt Disney Company. Its purpose is to pursue scientific and technological innovation to advance Disney’s media and entertainment efforts.