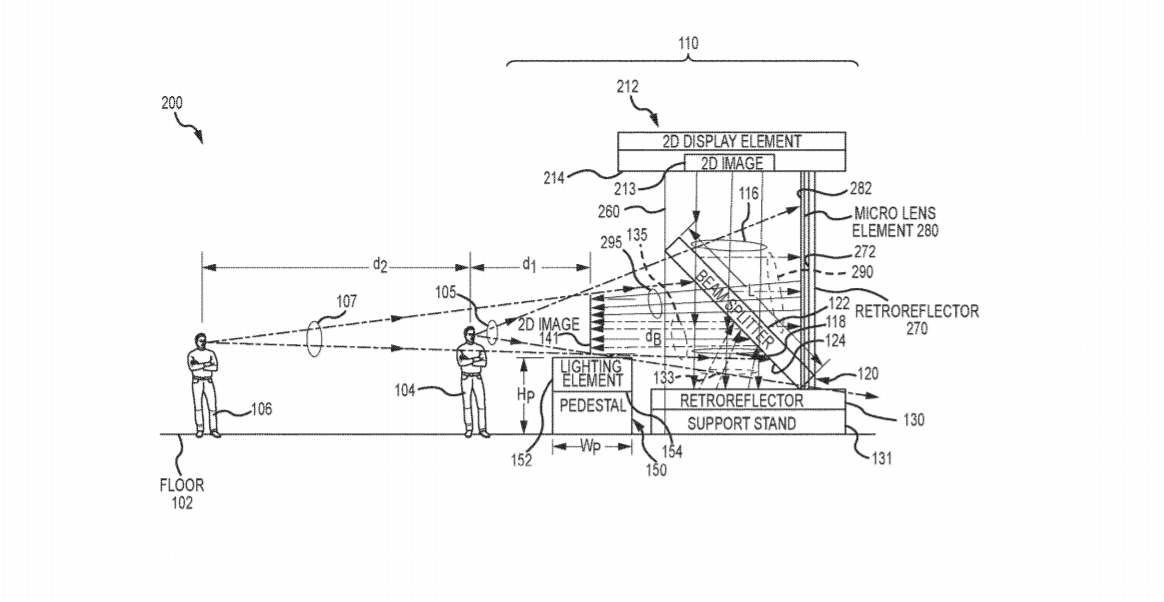 Disney has filed a new patent that could be related to the futuristic holograms seen in the Star Wars universe and other intellectual properties the company owns.

The Disney patent describes how an image could be projected to appear as if it is floating in space, according to a report by the Orland Business Journal.

The patent states: “Today, there is a growing demand for displays with exciting and eye-catching visual effects. For example, there is a growing trend toward using 3D projection techniques in theatres and amusement parks and in-home entertainment systems including video games and computer-based displays.

“The floating image may be 2D or 3D and may be presented in still or video format in space or near to a display pedestal or a prop provided in the viewing area. Examples of uses of such floating images or hologram-like effects include a floating talking head, a floating control panel, moving 2D or 3D stream of light extending from a futuristic weapon and so on.

“The viewer may be able to walk near to and even around, in some cases, the displayed image, and some embodiments provide the viewer with interaction options that can cause the image to change based on the interaction data (e.g., did the user select an item on a control panel, did the user “move” a 3D game piece relative to a pedestal game or prop game surface, and the like).”

Titled Retroreflector display system for generating floating image effects, the patent does not describe any of the technology that would allow it to work.

A famous example of a hologram from a Disney IP can be seen in Star Wars: A New Hope when Princes Leia delivers a message through the droid R2D2 to Obi-Wan Kenobi.