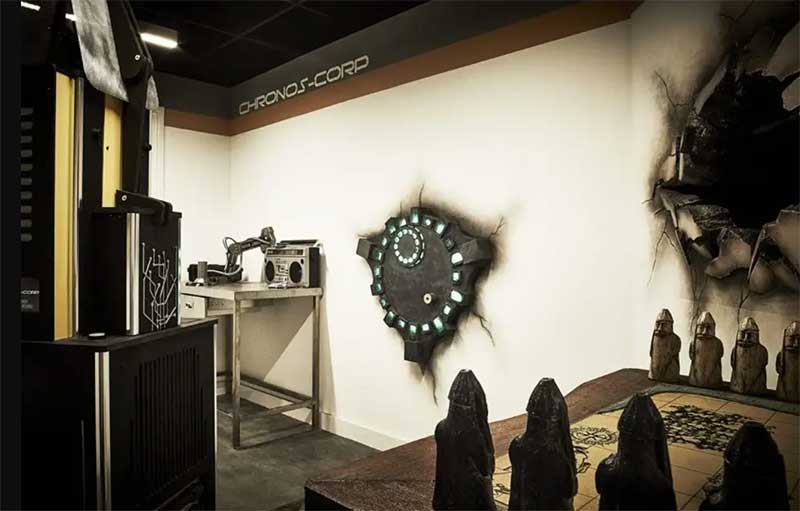 BBC Studios and Escape Hunt have opened their first Doctor Who themed escape room in Bristol.

Bradley Wynne, Escape Hunt’s creative director, said: “Action, adventure and sci-fi are something that we were looking to play with anyway, so Doctor Who was the perfect fit.”

“We’re living in a world where people are valuing live experiences more than possessions, so that’s something we really offer with high quality immersive games.”

Mat Way, global director of live entertainment at BBC Studios, said: “We wanted to make it as accessible as possible, while also putting in a few little “easter eggs” for the super fans, because we know they get a thrill out of that. We’ve got over 55 years to get stories and inspiration from.”

“Doctor Who spans a very wide demographic from 10 years up, so having something that you can do with friends or family, and creating a shared experience, is something that is quite central to the brand.We love the idea of people getting out and doing something with family and friends rather than at home. They’re the things you remember more than being on an iPad for instance.”

Since opening its first location in Bangkok in 2013, The Escape Hunt group has grown to be a global provider of live escape room experiences. Escape Hunt will use the Doctor Who brand under license from BBC Studios.

Escape rooms linked with IPs are becoming a trend – with IPs including Tomb Raider, Jumanji, Pokémon and even Rubik’s getting in on the act.

Another BBC property, Sherlock, opened its escape room in 2018.