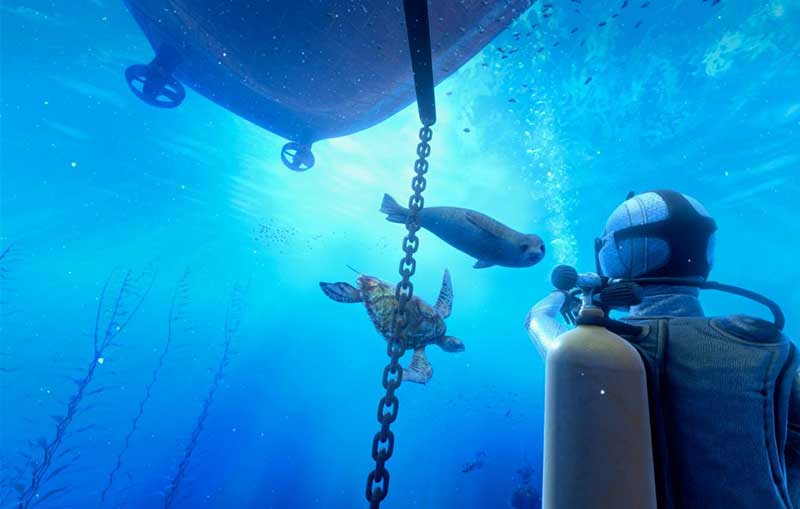 The venue includes a lobby for check-in and ticket purchase, and then dedicated suit-up areas and theatres for each experience.

There is also a lounge, with books, branded merchandise and concessions – as well as artefacts from the company.

It is the first venue to open – with more planned for Paramus, N.J., Columbus, Ohio, Roosevelt Field, N.Y., and Dallas, Texas.

Tickets cost $20 for the 20 minute experience, which up to six people can participate in.

Theblu: Deep Rescue was created in partnership with Wevr. Director Jake Rowell said: “We always wanted you to be in theBlu with other people. Our goal from the beginning was to create convincing avatars and experience this world with your friends. Having the opportunity to collaborate with Dreamscape and work on their platform helped make this a reality.”

Dreamscape hopes to launch a permanent flagship location at Westfield Century City, however it has not yet been confirmed. It has signed a deal with AMC to bring immersive VR experiences to four to six locations in the US and Europe over the next year. Earlier this year, the company debuted a location-based, virtual reality experience at Westfield Century City in Los Angeles.