Facebook COO Sheryl Sandberg and Twitter CEO Jack Dorsey are to stand down from the board of the Walt Disney Company due to conflicts of interest. 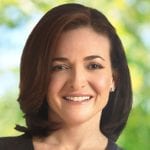 The two executives will not run for re-election to the board at the annual meeting scheduled for March. Sandberg became a director in 2010 while Dorsey joined the board in 2013.

Sandberg and Dorsey’s decision follows the increasing convergence of media and technology companies, which are often competing in the same space. Both Twitter and Facebook have recently acquired rights to stream live sporting events, which is a key focus of Disney subsidiary ESPN. 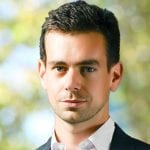 Additionally, both companies have struck a number of video content partnerships, often with competitors of Disney. More directly, Disney pursued an acquisition of Twitter two years ago.

A statement from Disney said: “Given our evolving business and the businesses Ms Sandberg and Mr Dorsey are in, it has become increasingly difficult for them to avoid conflicts relating to board matters.”

Orin Smith and Robert Matschullat will also stand down from the board due to term and age limits for members. Due to the changes, the Disney board will have one fewer director than last year as the company pursues its proposed $52.4 billion acquisition of various divisions of 21st Century Fox.

Great Wolf Lodge waterpark resort to open in Arizona in 2019