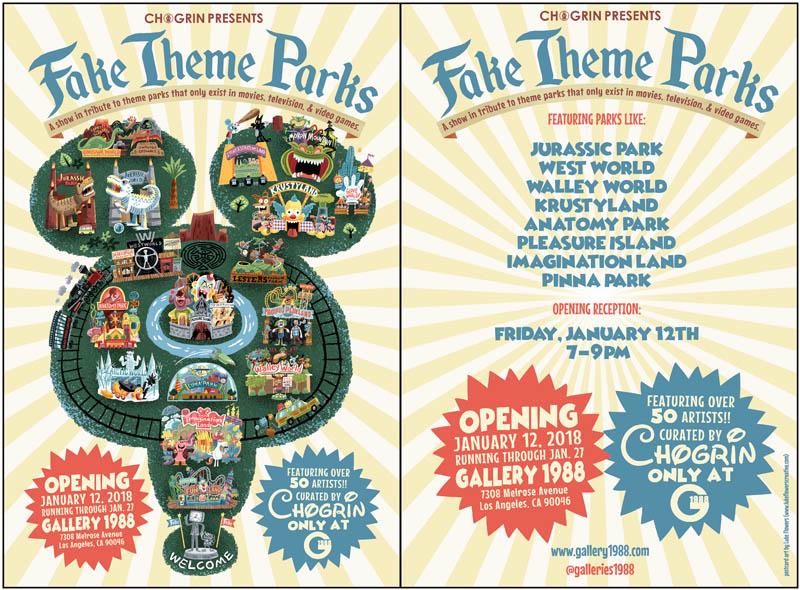 Fifty artists have created a variety of work based on theme parks from films, TV shows , books, video games and more including Jurassic Park, Westworld, The Simpsons and Batman.

Chogrin, the shows curator, told Gizmodo via email that the idea of fake theme parks first occurred to him when he was at Disneyland.

“I grew up with both Disney World and Disneyland and am a fan of every aspect of the parks,” he said. “These places have become a staple of our modern culture and will be here to stay for decades to come. That is why I thought it would be fun to create/add to theme parks that are either parodies of Disney or I wish really existed.”

Some of the fictional parks that are in the show include Itchy & Scratchy Land, Krustyland, and Duff Gardens from The Simpsons; Anatomy Park from Rick and Morty; Brisbyland from Venture Bros.; Arctic World from Batman Returns; Funland from Scooby-Doo; Monkey Island from the game of the same name and Pacific Playland from Zombieland.