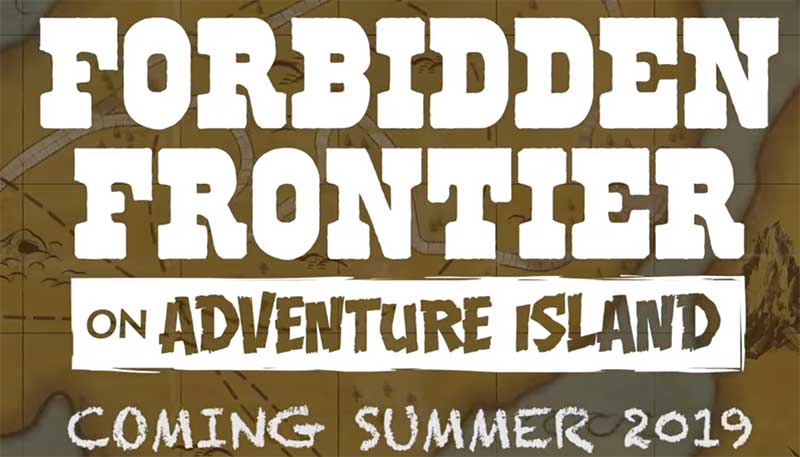 Dinosaurs Alive! has been a fixture of the park since 2012. It will close to make way for Forbidden Frontier on September 3.

Cedar Point spokesman Tony Clark, said: “A redevelopment of the island in the middle of Cedar Point that will include immersive, interactive play elements, live characters and other surprises.”

The new attraction will carry no extra fee – unlike Dinosaurs Alive! does, according to Clark.

According to the park’s website: “Grab your map and prepare for a minute-by-minute real-life adventure, where you and others are challenged, questioned and pushed to the limits in both brain and brute power. Be immersed in interactive encounters with the island inhabitants, push yourself with physically active challenges that test your resourcefulness and fortitude!”

“Every ending is different”

The website continues: “It’s your job to discover and uncover all that you can; to solve the mystery surrounding the Forbidden Frontier, and return to tell the tale. Every ending is different and determined by you and the secrets you unlock!”

Cedar Point is also closing Witches’ Wheel which has been open since 1977. The ride rotates riders upside-down around a fast-spinning wheel but will also close on September 3.

Earlier this month, Cedar Fair has presented its long term strategy for growth, and says it will embrace digital technology at its parks and develop the adjacent land.

Last year, Cedar Fair reported $1.32bn in net revenue, a 3% rise from 2016, with its parks receiving 25.7 million visitors throughout the year, a 2% increase. The long term strategy will continue this trend.