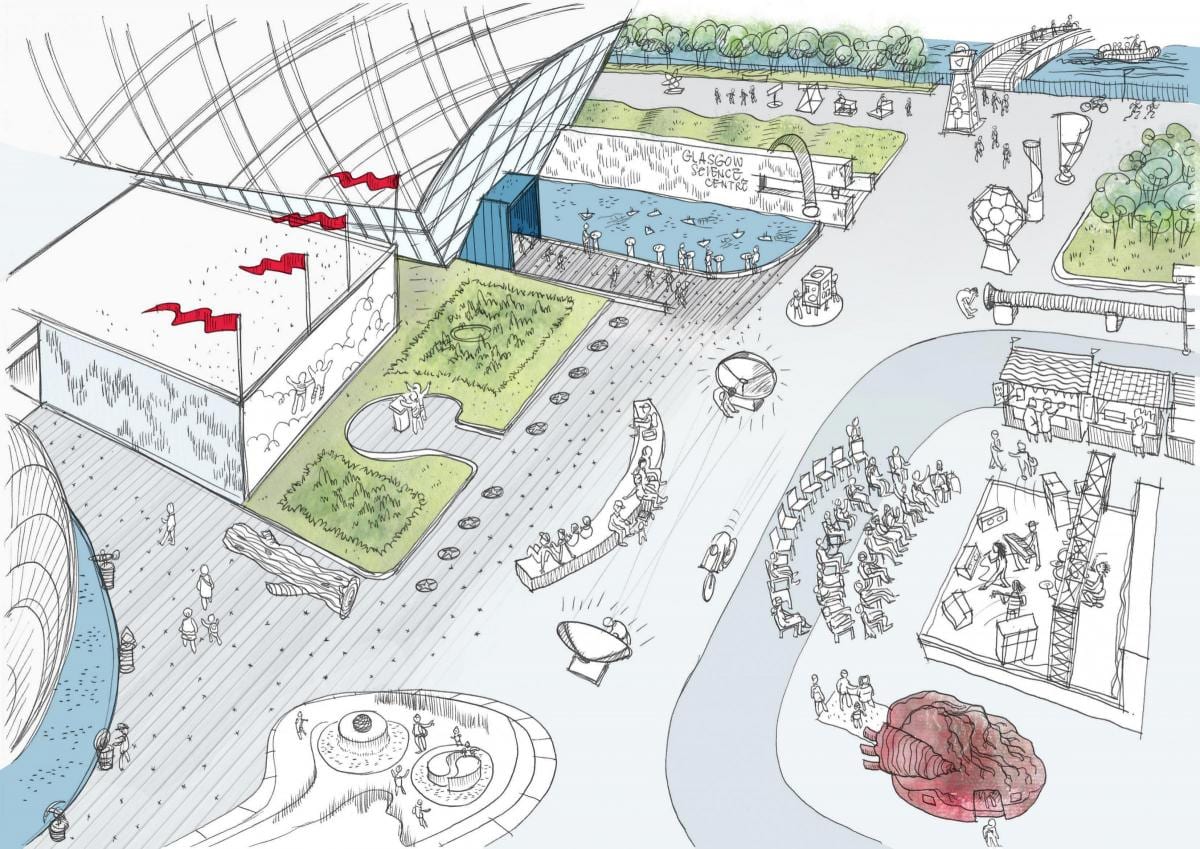 The Glasgow Science Centre will undergo a £4 million revamp to attract a more diverse group of visitors who might not traditionally be interested in science.

Plans include a playground of science exhibits built outside. allowing visitors to access for free. An indoor hub, which will also be free, will feature smart screens and further exhibits and community learning.

Visitor numbers to the science centre are increasing, seeing a 12% rise over the last four years, although many of those visitors are those who are already interested in science. A spokesperson said: “For example, 38% of our visitors work in or study science. That tells us that we need to appeal to more people who hold a belief that science isn’t for them/isn’t interesting.”

The developments, it is hoped, will also reduce the age gap. Only one in five visitors are over 55, and a similar proportion are under 34. The spokesperson said: “When you look at the age range of our visitors, too few of them are age 64+. That’s why we’ll be doing more outreach programmes and opening a community hub.”

Stephen Breslin, chief executive of the centre, said: “Science is for everyone. It can empower and enrich each and every one of us and any section of society that feels excluded from science, for whatever reason, is at risk of being marginalized and unable to access the many opportunities that science and technology creates.

“That’s one reason why Glasgow Science Centre is about to embark on a £4.2m programme of change, that aims to break down the barriers, real and perceived, to engaging with science.”

In 2017, the Glasgow Science Centre was awarded a coveted five star grading for excellence from the tourism agency.

The Centre has over 300 innovative hands-on exhibits in the Science Mall.  Other draws include a full-dome digital planetarium, the Glasgow Tower and a Cineworld IMAX.

Qianlong Garden restoration at the Forbidden City to include Interpretation Center