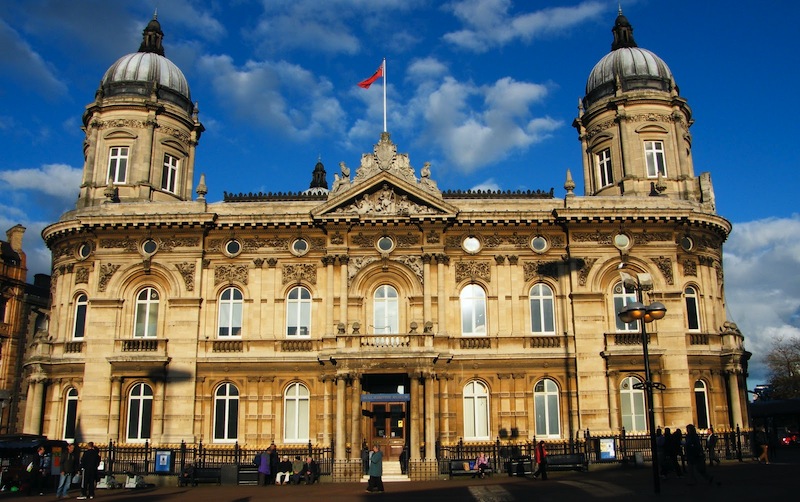 Hull’s Maritime Museum is set for a facelift as part £27.5 million tourism boost ($35m/€31m) for the UK port city. Money will also used to berth the Arctic Corsair trawler in a new permanent home in dry dock.

The former sidewinder trawler already operates as a visitor attraction in its own right, but needs urgent conservation work after being berthed for some years in silted mud next to the Streetlife Museum.

The funding go-ahead was confirmed on June 28 with the announcement of a £15 million grant from the National Heritage Lottery Fund. This is the largest Lottery grant for a project in Hull since the £21.4m contributed in 2002 to help build The Deep aquarium. The rest of the money for the new maritime heritage project will be provided by Hull City Council, which runs the museum. It is anticipated that this fresh injection of cash will provide £1.44m annual economic boost to the city and attract 302,000 visitors. Marketed as “Yorkshire’s Maritime City”, Hull is also the current UK Capital of Culture.

Highlights of the new maritime heritage project include:

• Making one of the Maritime Museum’s rooftop domes accessible to the public for the first time, providing spectacular views across the city and the River Humber.

• A state-of-the-art home for some of the city’s historic maritime collection in Dock Office Chambers, opposite the museum. 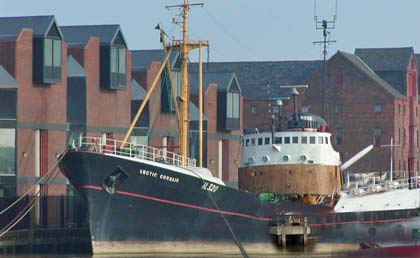 Arctic Corsair in its current home

• Spurn Lightship to undergo conservation work before being returned to its berth in the marina.

The project is likely to take seven years to complete all its various elements. Seventy-four jobs, 10 apprenticeships and two internships will be created, along with hundreds of volunteer roles.

“Today’s announcement is another major step towards achieving one of the key ambitions of our City Plan to make Hull a world-class visitor destination,” said council leader Stephen Brady after the funding announcement.