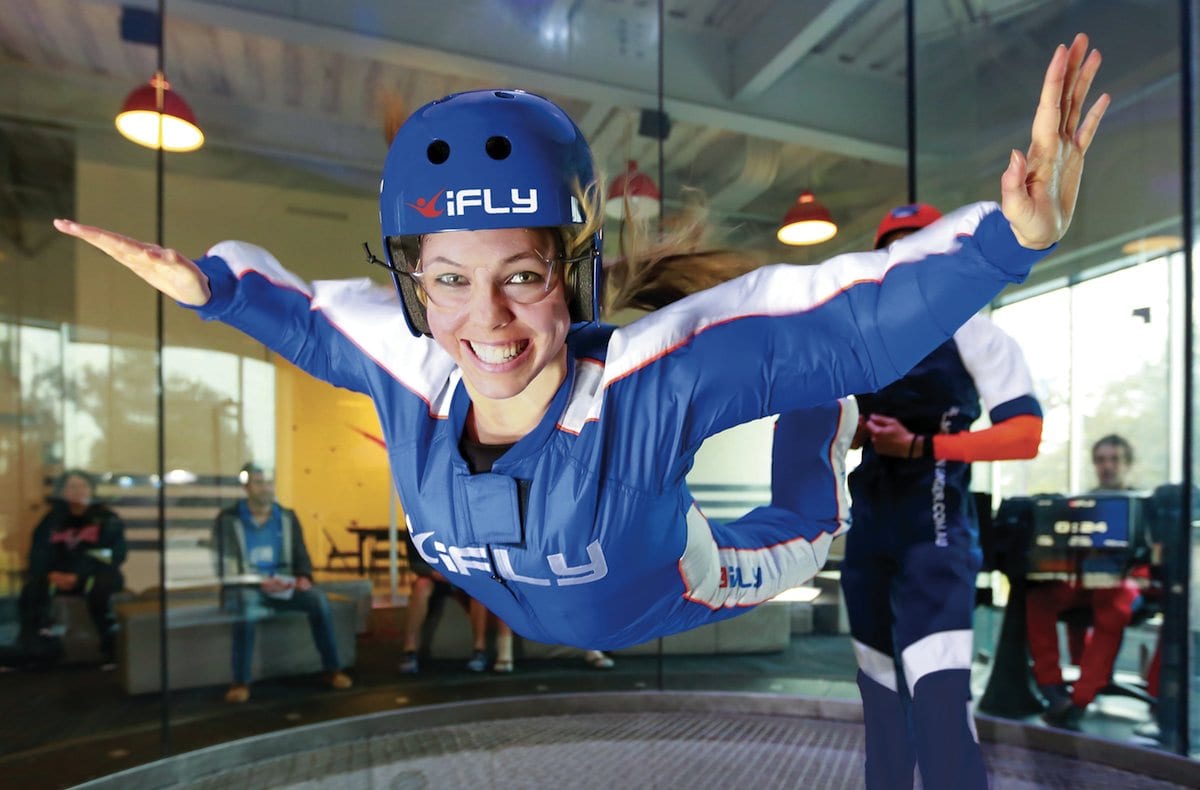 Orlando’s indoor skydiving attraction has a new home. The new iFly outlet near Pointe Orlando features two wind tunnels instead of one and a fresh design allowing passers-by to see skydivers in action.

For 19 years, the original iFly Orlando operated as a standalone attraction near the intersection of I-Drive and Universal Boulevard. The relocation was prompted by the need for more space and desire to make the technology more current, general manager Amanda Siegel told the Orlando Sentinel.

Visitors are trained to float inside a 12-feet-wide (3.65m) clear funnel, propped up by winds up to 175mph (281kmh). Non-flying friends or those about the fly can watch from the perimeter. The new tunnels use recirculated air. Fans above the flight chamber draw air up and then down the sides of the tunnel. The wind is turned in the bottom of the tunnel, below street level, and then back up to lift the skydivers. 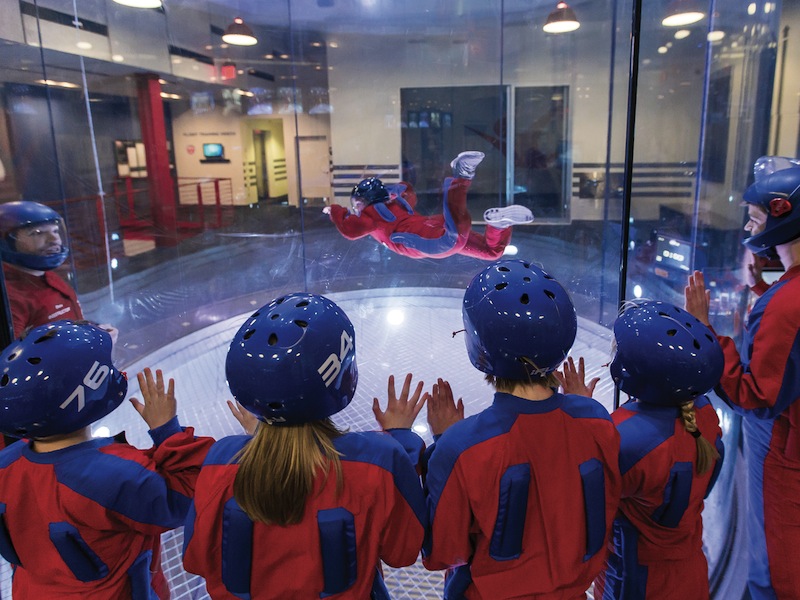 All in all this offers a more comfortable experience, says Siegel. “We can temperature-control it. We are not affected by outside forces like the weather. And the wind quality is a little better, so it’s a smoother, calm air.”

The old wind tunnel attracted around 60,000 indoor skydivers a year. Now, thanks to its new location, the enlarged set up is expected to attract more passing trade. The iFly sales team is targeting those in town for events at the nearby Orange County Convention Center. Across the front of the bright red and blue building is a folding glass door that opens up to expose the front tunnel to the outside world. “It really catches your eye when you’re walking by,” adds Siegel. 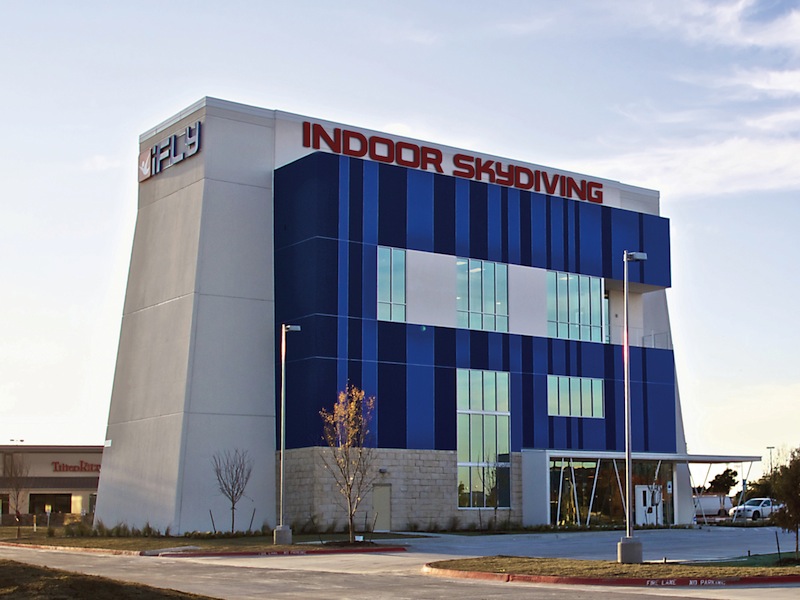 iFly around the world

The new space represents a $15 million investment by the Austin, Texas-based company. A party room, conference room, retail and training spaces are also included. The original Orlando skydiving attraction was the first of what are now 30 iFly sites across the US, with further operations in Brazil, France, the UK and Australia.