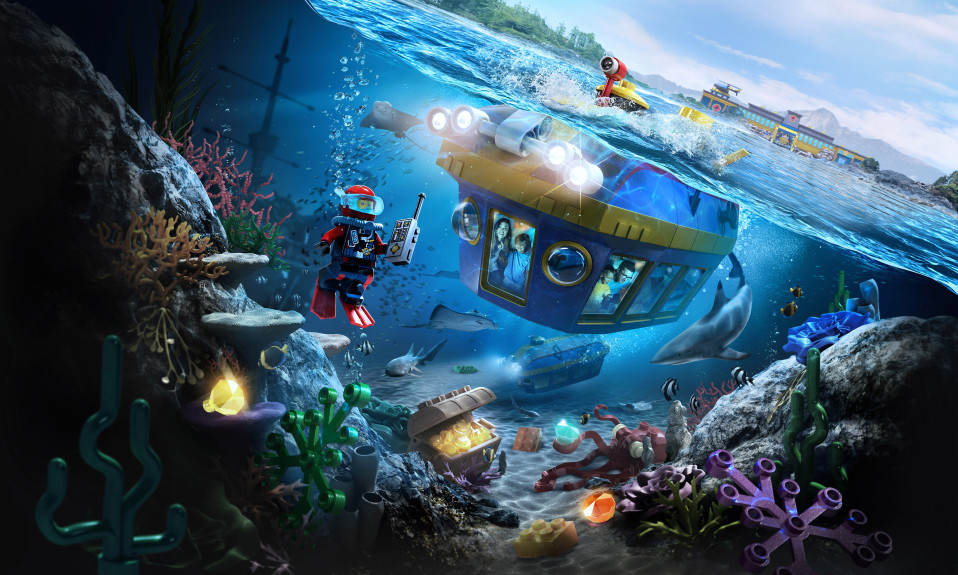 “LEGO Ninjago, Master of the 4th Dimension” will be a 3D/4D experience movie, opening in January 2018. The film will open in all Legoland theme parks around the world at the same time.

The park will also make their largest investment yet with the addition of LEGO City: Deep Sea Adventure – which will open in July 2018.

The ride, which is similar to Atlantis at Legoland Windsor in the UK, will allow visitors into a 12-person submarine which will travel through 300,000-gallon aquarium filled with underwater life.

The experience will last four minutes during which time riders will be able to look out portholes at the fish. There will also be a competitive element: riders can use interactive consoles to identify treasure for points.

“Our master model builders are hard at work creating beautiful characters and creatures that will appear underwater,” said Ronchetti.

The new ride will go where the miniature golf course once was and will be able to handle around 1,000 riders per hour.

2018 will be a big year for the park, with the Legoland Castle Hotel set to open in the spring of 2018. Hiring has begun for the medieval themed hotel – and Legoland is seeking nearly 200 new staff positions.