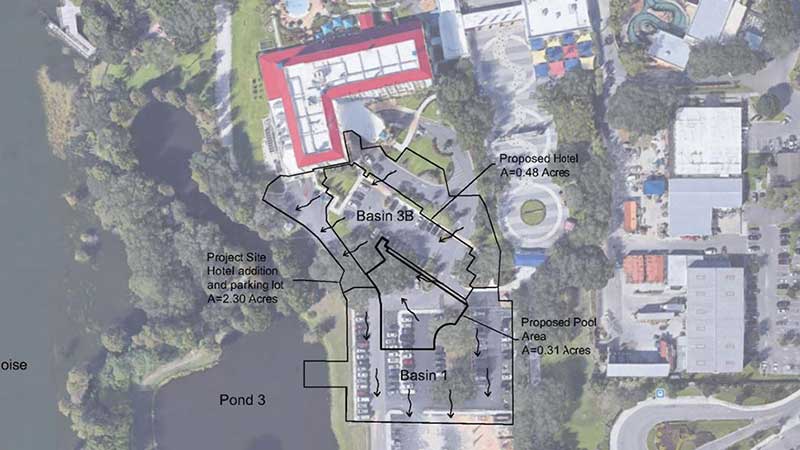 LEGOLAND Florida has submitted plans to add a second hotel to its resort. The hotel will be an area of 100,188-square-foot.

Harris Civil Engineers is proposing the new five-story, 150-room hotel. It will join the existing hotel at the Legoland Florida Resort.

Plans were reported on by Tampa Bay Business Journal. The new hotel is referred to as Hotel 2 in Southwest Florida Water Management Districtpermits.

Hotel 2 will be constructed over an existing parking lot. It will be south of Hotel 1.

There will be a pool, massive pool deck, cabanas and a restaurant on 2.3 acres.

The engineers are seeking approval for an environmental resource permit and wrote: “Modification to an existing stormwater piping system to serve a 150-room addition to the current hotel. The existing hotel was a previously permitted project in which the stormwater management system was designed for future development.”