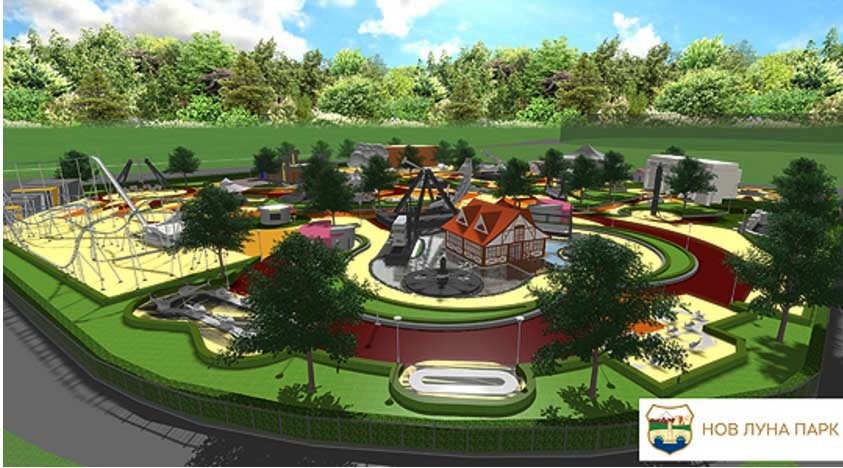 A 25,000 square metre amusement park will be built in the Macedonian capital of Skopje, local reports confirm.

The “New Luna Park” project will feature 27 rides including one rollercoaster. It will replace a small amusement park currently operating at Skopje City Park. In addition, a restaurant and theatre are planned as par of the project.

The new amusement park is to be built in stages, reports the mayor of Skopje, Koce Trajanovski. Funding will be provided by the local authority after several failed attempts to find a private operator. Tender documents from 2016 can be seen here. The equivalent of €6.5 million has been comitted for construction works and procurement of rides.

The project is believed to open in 2018.