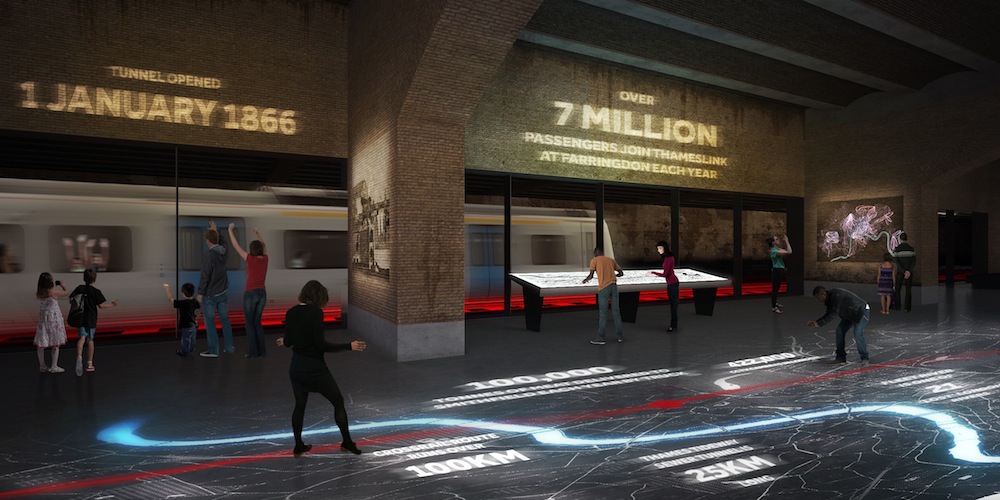 Commuters on the Thameslink underground railway could become live exhibits at the Museum of London when it moves to a new site in 2022. A see-through tunnel would also allow passengers to see artefacts from the museum’s collection as they speed by.

Blueprints for the new £250 million ($325m/€300m) museum in the abandoned market of West Smithfield are being drawn up by architects Stanton Williams and Asif Khan. They include plans for spiral escalators that would twist down into rooms once used to store produce. A sunken garden and a well reaching down to the River Fleet which flows below Farringdon are also a possibility.

According to the Evening Standard, curators are also looking through the museum’s vast collection for artefacts that can be put on show in a way that allows passengers to see them as they pass through a transparent tunnel on London’s new Thameslink underground railway, which opens next year.

“The new museum will encapsulate everything that has made this city what it is today,” says Museum of London director Sharon Ament. “We want the museum to be truly transformative and we’re bursting with ideas on how to achieve this. Whether that’s bringing back St Bartholomew’s Fair, a spectacular annual festival in Smithfield that ran for seven centuries until 1855, or enabling the Thameslink train line to go through one of our underground galleries as it pulls into Farringdon.”

Another possibility is keeping parts of the new museum open for 24 hours a day, adds Ament. So far a combined £180 million has been pledged towards the new museum by the City of London Corporation and the Mayor of London. A fundraising drive has been launched to find the additional £70 million required for the project. Currently the Museum of London is located at 150 London Wall, with a second outlet at London Docklands. The new location will replace both the previous sites.