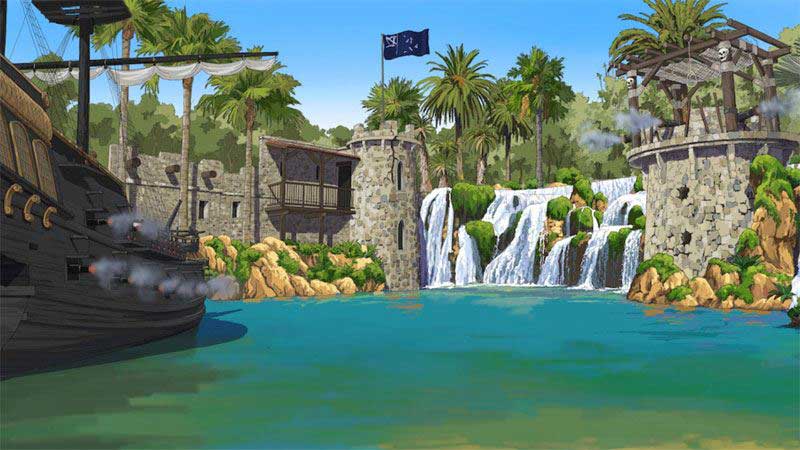 A pirate themed golf course and surf machine are planned for the former site of the Great Escape water slide park at Hillarys Boat Harbour, Australia.

Developers Wyllie Group said construction of park will cost $5 million. It is planned to include thematic features such as a pirate galleon ship, lagoons and an erupting volcano.

The park would also feature two pirate adventure 18-hole golf courses and a Double FlowRider surf machine. There will be a cafe, bar and beach kiosk.

If approved, construction would begin within months.

The Double FlowRider surf machine will be the first of its kind in Perth.

Pirate’s Cove director, Ben Gorvin, believes that the adventure golf park could be rolled out around the country in the longer term – following its popularity in the US and Britain.

He called it “a fun, theatrical experience.”

The West Australian newspaper reports that the Department of Transport and the City of Joondalup are supporting the plan, which is hoped to draw tourism across the year.

Development would take place in three phases. The adventure golf would open in March, the cafe, small bar and beach kiosk in April and the Double FlowRider surf machine would would open in October.

If approved, Pirate’s Cove Adventure Golf is scheduled to be fully operational before next year’s summer holidays.